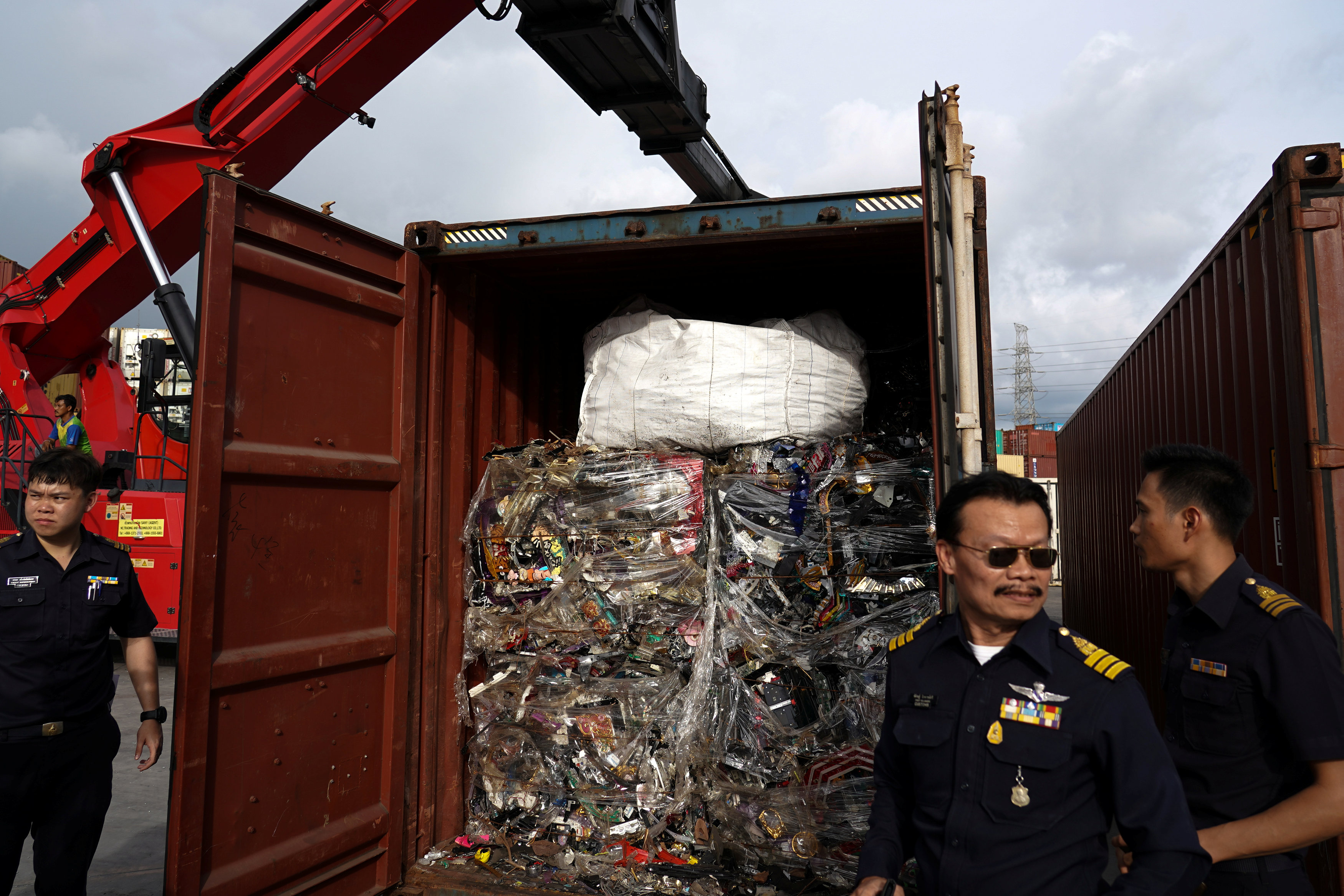 Bangkok: Thailand is a new dumping ground for scrap electronics from around the world, say police and environmentalists, the latest country to feel the impact of China's crackdown on imports of high-tech trash.
Police at Laem Chabang port, south of Bangkok, showed on Tuesday seven shipping containers each packed with about 22 tonnes of discarded electronics, including crushed game consoles, computer boards and bags of scrap materials.
Electronic refuse, or e-waste, is turning up from Hong Kong, Singapore and Japan, police said, some of it imported by companies without the required permits.
"This... shows that electronic waste from every corner of the world is flowing into Thailand," Deputy Police Chief Wirachai Songmetta said as he showed the containers to the media.
While "e-waste" - defined as any device with an electric cord or battery - can be "mined" for valuable metals such as gold, silver and copper, it can include hazardous material such as lead, mercury and cadmium.
Police said they filed charges against three recycling and waste processing companies in Thailand. Anyone found guilty could be jailed for up to 10 years.
"The companies that we have filed charges against don't have a quota to import even a single ton of electronic waste," Wirachai said.
China imposed a ban on overseas trash last year, telling the World Trade Organization (WTO) that it would stop accepting imports on 24 types of foreign waste, leading some to fear that the waste could end up in neighbouring countries.
The ban has upended the world's waste handling supply chain and caused massive pile-ups of trash from Asia to Europe, as exporters struggled to find new buyers for the garbage.
According to estimates in China's state media last year, more than 70 per cent of the world's 500 million tonnes of electronic waste entered China in 2016.
Environmentalists say waste once destined for China is being re-routed to Southeast Asia, and new laws are needed or existing laws better enforced to prevent illegal imports.
"Especially after China's ban, Thailand could become one of the biggest dumping grounds for e-waste," said Penchom Saetang, director of Ecological Alert and Recovery Thailand (EARTH).
Thailand ratified in 1997 the Basel Convention, which aims to control trans-boundary movements of hazardous waste. But the convention does not completely prohibit these exports from more developed to less developed countries.
"The Basel Convention cannot prevent what is happening in Thailand because it has its limitations," Penchon said in calling for an amendment that would ban these shipments.
Thai Prime Minister Prayuth Chan-ocha vowed this week to step up nationwide inspections as part of a plan to combat illegal electronic waste. But environmentalists say they have not seen the details of how it will work.
"It isn't clear how he will do this," said Penchom.