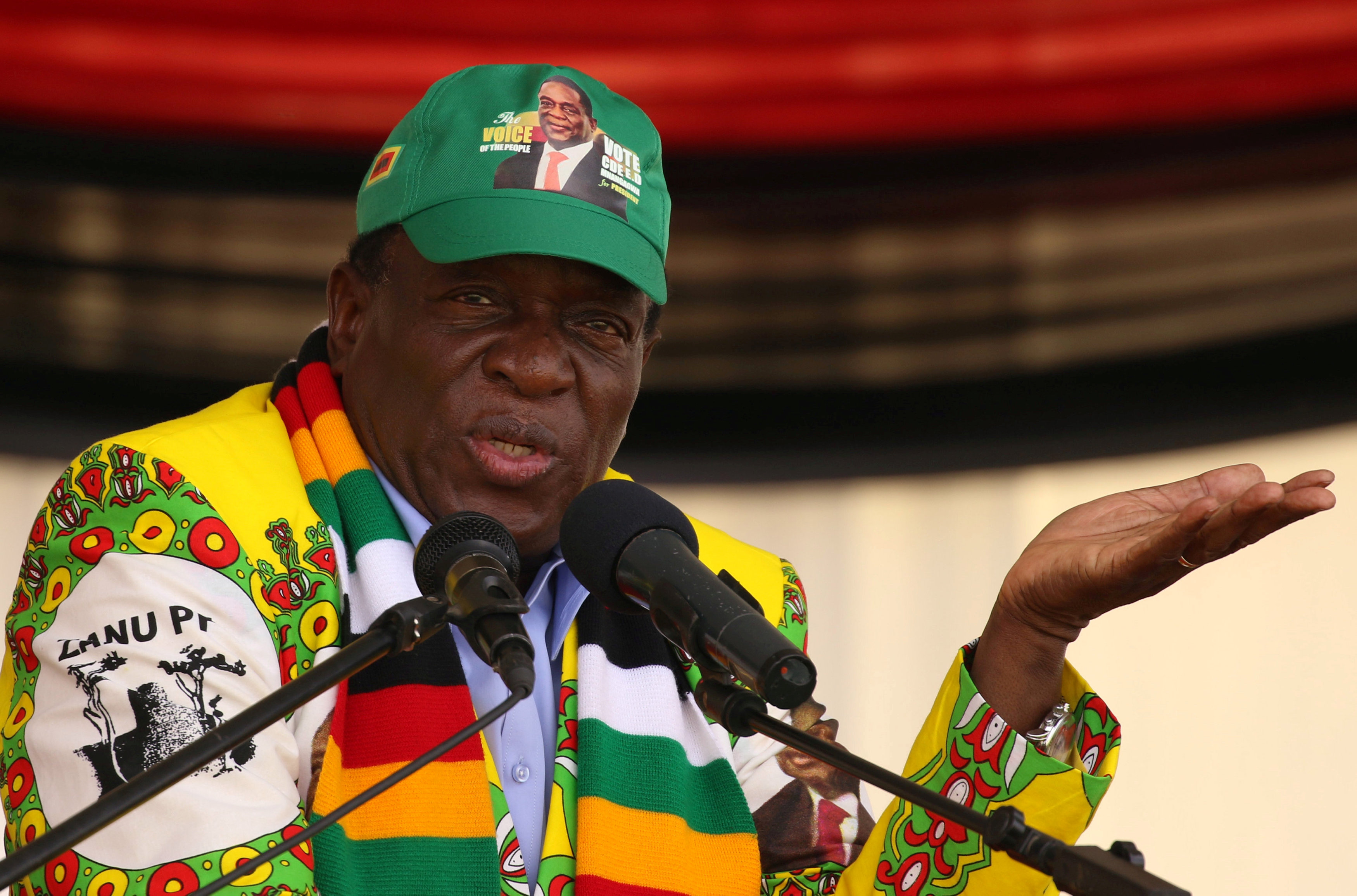 Harare: Zimbabwe will hold a general election on July 30, President Emmerson Mnangagwa said on Wednesday, a vote he has pledged will be free and fair with international monitoring after the ouster of 94-year-old strongman Robert Mugabe.
Mnangagwa, who took power after the November military coup against Mugabe, counts on the election to bolster his legitimacy as he pursues a promised break with Mugabe's repressive policies while urging foreign investors to return to Zimbabwe.
Missing from the July ballot for the first time in 20 years will be Zimbabwe's foremost political gladiators, Mugabe and Morgan Tsvangirai, the longtime opposition Movement for Democratic Change (MDC) leader who died of cancer in February.
Mnangagwa has invited the Commonwealth to monitor voting in Zimbabwe for the first time since 2002 when Harare was suspended from the group over accusations of rigged elections. He has applied for Zimbabwe to rejoin the Commonwealth.
Should the election be certified by international monitors, it could be a key step to a resumption of financial aid by foreign lenders for the first time in two decades.
The vote is being cast as a fight between the old guard of Zimbabwe's 1970s independence war and a younger generation.
Mnangagwa's main challenger is 40-year-old Nelson Chamisa from the MDC, who has energised the party, drawing huge crowds at rallies in some of the ruling ZABU-PF party's rural redoubts.
Sixty per cent of the 5.4 million voters on the new register are under 50 years old, according to official data.
Separately, the Constitutional Court dismissed an application by Zimbabweans living abroad to be allowed to vote. The court did not immediately give a reason.
In a brief statement in an official government gazette, Mnangagwa said that he had fixed July 30 "as the day of the election of the president, the election of members of the national assembly and election of councillors."
Prospective candidates will be registered on June 14.
A presidential run-off vote is set for September 8 if no candidate gets the 50-plus-one per cent mark required to win.
For the 75-year-old Mnangagwa, victory would accord him democratic legitimacy after taking power following the coup.
Nicknamed "Crocodile" for his secretive and insular demeanour, Mnangagwa goes into the election with the advantage of incumbency, allowing him access to state resources for his campaign.
Crucially, Mnangagwa enjoys the backing of the army, which analysts say remains averse to a leader lacking a pedigree from the independence war against Britain.
"Though the election looks like it will go to the wire, the greater likelihood, based on cold-blooded analysis, is that experience, depth and state incumbency will triumph over youthfulness," said Eldred Masunungure, a professor of political science at the University of Zimbabwe.
Critics say Mnangagwa was Mugabe's most loyal acolyte and blame him for a government crackdown on rebels loyal to political rival Joshua Nkomo in the mid-1980s that rights groups say killed 20,000 civilians.
Mnangagwa has denied the charges and says political freedoms have improved under his short tenure and that he is repairing frosty relations with the West.