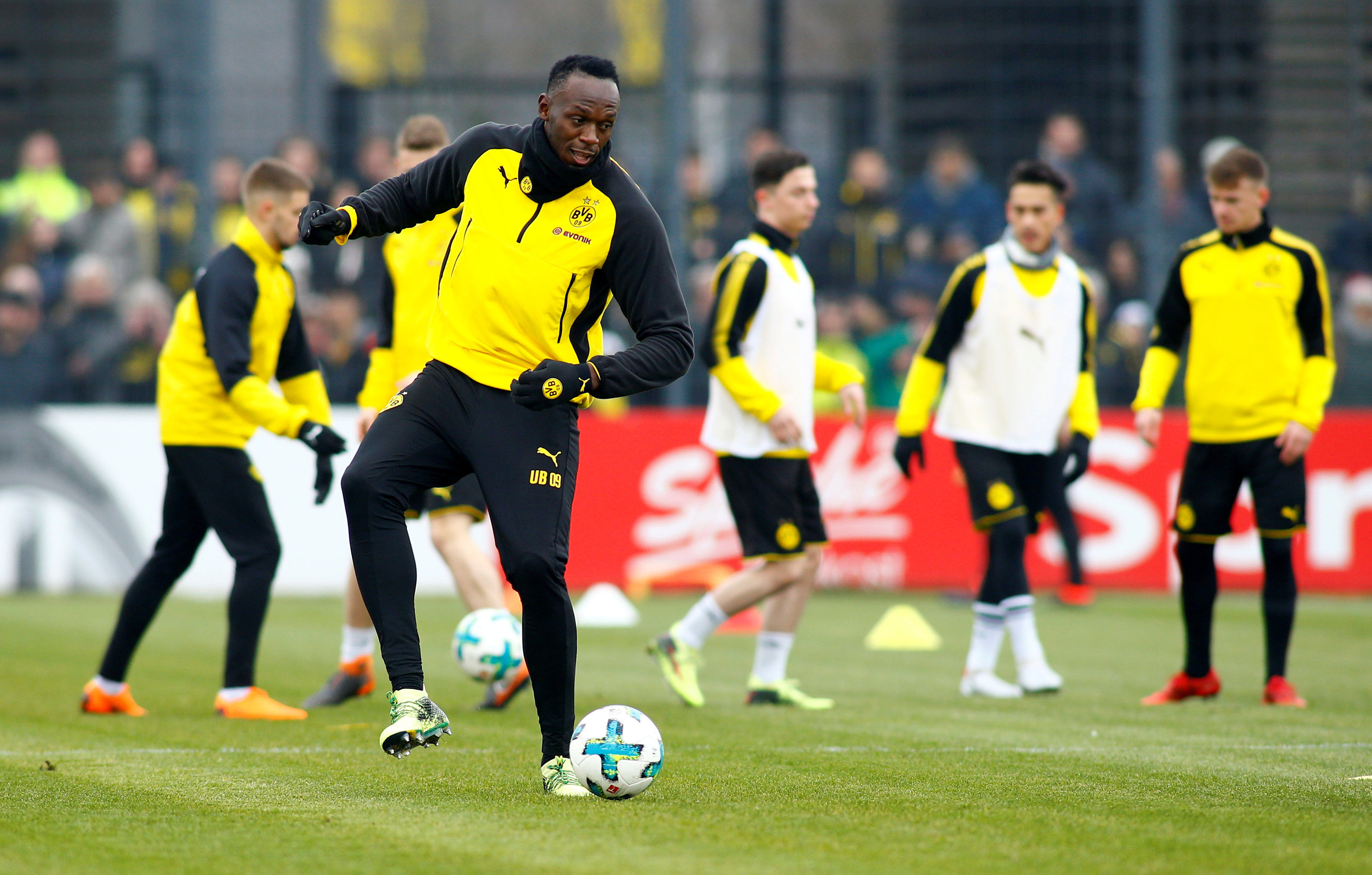 Oslo: Multiple Olympic sprint champion Usain Bolt is training with Norwegian top-flight side Stromsgodset as he pursues his dream of becoming a professional footballer, newspaper ==== Verdens Gang reported on Wednesday.
The 31-year-old Jamaican, who retired from athletics after winning eight Olympic gold medals, is a soccer fanatic and trained with the club in Drammen, some 40km south-west of Oslo, earlier on Wednesday.
He also hopes to play some part in a friendly against the club's Under-19 side.
"I want to try to get better, to work as hard as I can, play as much as I can. Maybe a club will see something and decide to give me a chance," said Bolt, who hung up his spikes after last year's world championships in London.
Stromsgodset Sporting Director Jostein Flo said Bolt was given shirt number 9.58 - his world record time for the 100 metres - to wear during his time at the club and added that he may get a chance to play in a game to show what he can do.
The Stromsgodset players were surprised to find the world's fastest man in their dressing room on Wednesday, Flo said.
"We told them a player was coming to try out and that he was damn fast - the door opened, and Bolt came in. It was a shock for them, they couldn't believe it," Flo added.
Manchester United fan Bolt also trained with Bundsliga club Borussia Dortmund in March.