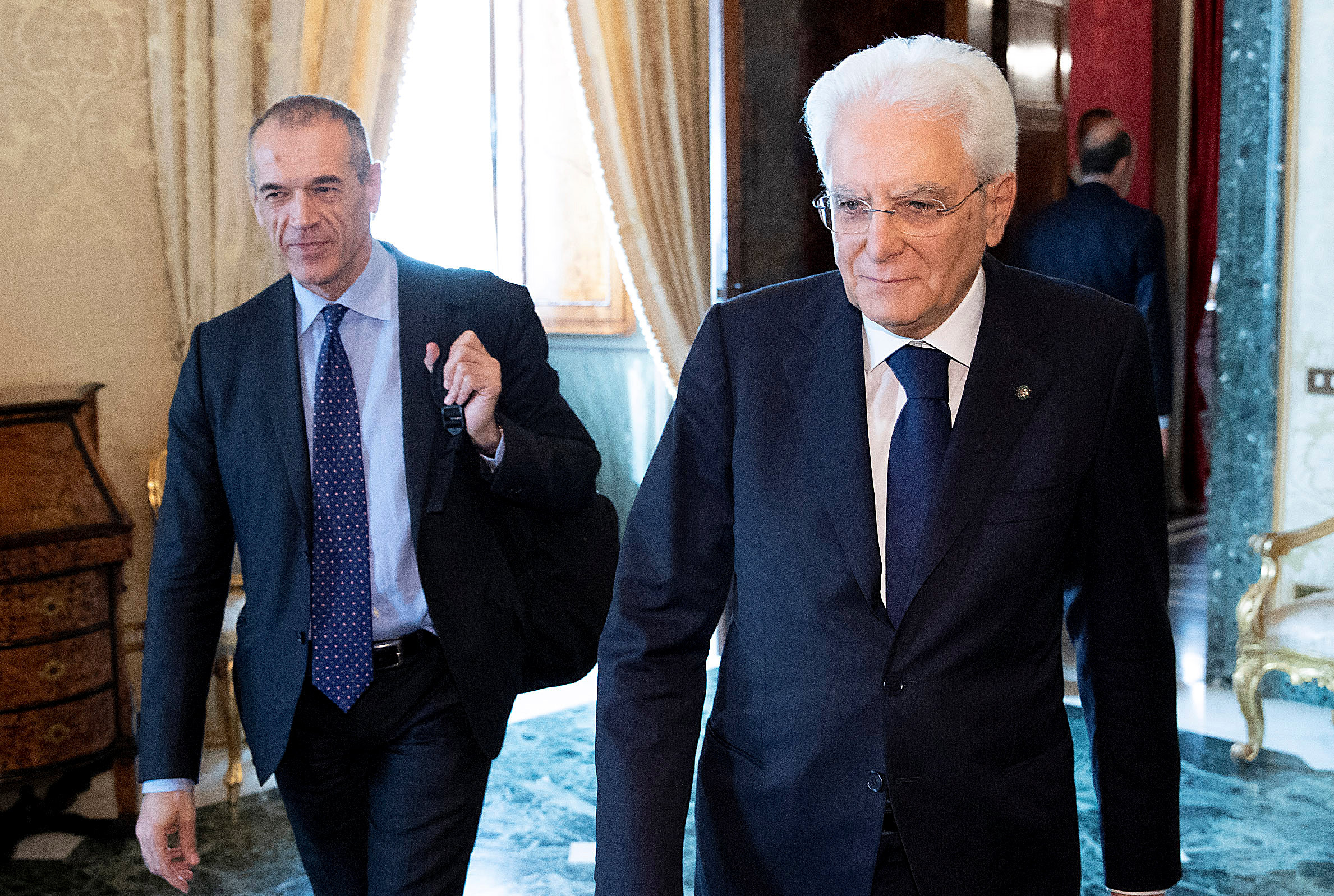 Rome: Last-ditch efforts to form a government in Italy showed little sign of succeeding on Wednesday, with major parties calling instead for repeat elections in July - a vote investors fear could become a de facto referendum on the euro.
Prime minister-designate Carlo Cottarelli, tasked by the head of state with calming political turmoil and overseeing fresh elections after the summer, has failed so far to find support from any major party for even a stopgap administration.
Cottarelli met the head of state, President Sergio Mattarella, on Wednesday morning for brief informal talks, a presidential source said.
The source did not elaborate.
The major parties are calling instead for President Sergio Mattarella to dissolve parliament immediately and send the euro zone's third-largest economy back to the polls on July 29, less than four months after the inconclusive March 4 vote.
The situation, though, remained fluid and unpredictable with some Italian newspapers holding out the prospect of a last-minute deal to avoid repeat elections and installing a ruling coalition of the two anti-establishment parties.
The deadlock follows an aborted attempt by the 5-Star Movement and right-wing League to form a government.
They dropped the plan at the weekend when Mattarella vetoed their choice of a eurosceptic as economy minister and any 11th-hour compromise between the president and the two parties would likely involve the omission of 81-year-old Paolo Savona from their proposed line-up.
If there is a repeat election, it would likely focus on the ideas of Savona who has argued Italy should be ready to quit the euro zone.
Opinion polls show a snap election is also likely to deliver an even stronger anti-establishment vote.
A new opinion poll showed the League, which argues that fiscal rules governing the euro zone are "enslaving" Italians, would boost its share of the vote to a quarter, from around 17 per cent on March 4.
The IPSOS poll, in the Corriere della Sera newspaper, showed support for the League's would-be coalition partner, the 5-Star Movement, steady at about 32.6 per cent -- implying a much more comfortable majority if the pair were to try again to govern.
That prospect has rocked financial markets, with the euro sinking to multi-month lows on fears that snap elections would lead to a eurosceptic government in Rome.
Italian government bonds, which suffered one of its most dramatic speculative attacks in years on Tuesday, found some support from local investors on Wednesday.
The yield on 10-year bonds edged away from four-year highs and two-year yields, the focus of earlier attacks, also fell.
Mattarella designated Cottarelli, a former International Monetary Fund official, as interim prime minister this week, with a view to holding a new vote between September and early 2019.
But sources close to some of Italy's main parties said late on Tuesday that there was now a chance the president could dissolve parliament in the coming days and send Italians back to the polls as early as July 29.