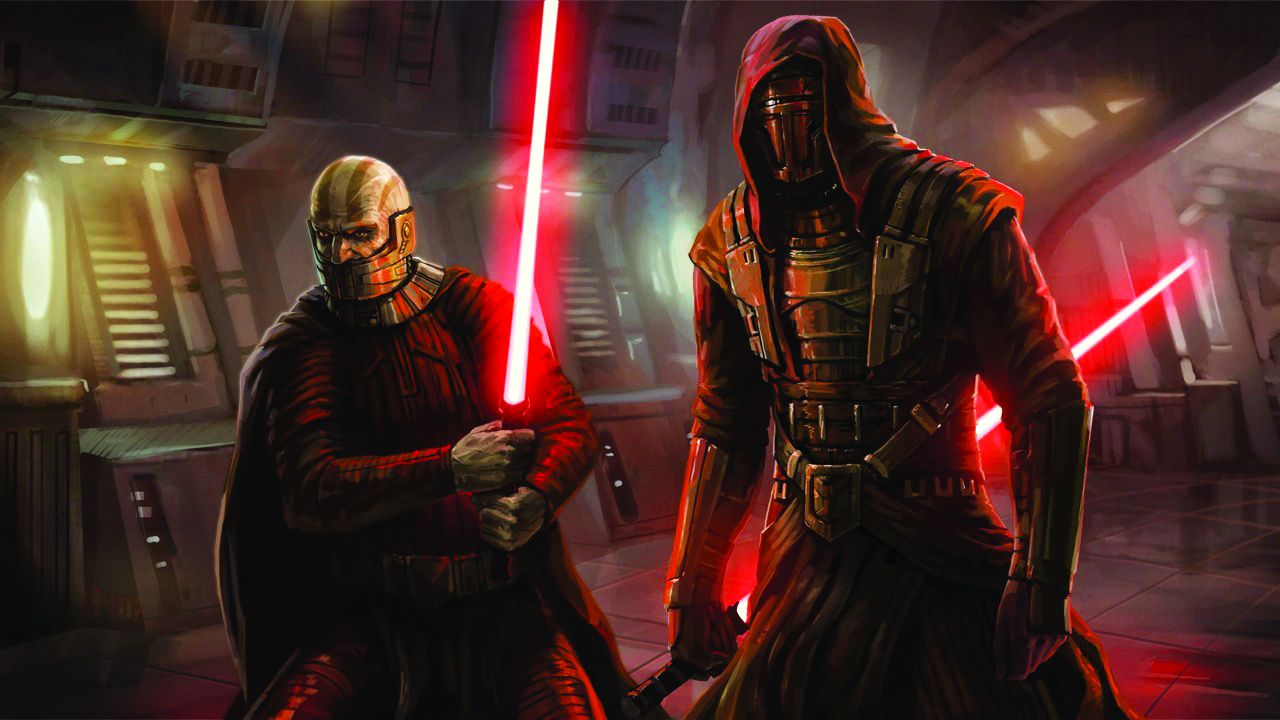 Wait, you didn’t know Star Wars existed before whatever it is you saw in the movies? That’s actually kind of, sort of, understandable. Although there are hundreds of comic books and graphic novels covering the Old Republic, which existed 4,000 years before the events in the movies, George Lucas’ films remain the most iconic representation of all things Star Wars.

And that’s where BioWare came in. The Canadian company has always been recognised as one of the best creators of Role Playing Games, and what sets them apart is not just the excellent RPGs they release, but the need to create a game that explores areas left relatively untouched in the world of gaming.

Before this group of intelligent gamers from Canada brought us Mass Effect and Dragon Age, they realised that there was an area in the Star Wars universe that people didn’t really know about. Bioware developed the idea for Star Wars: Knights of the Old Republic, or KOTOR for short, a game that despite being released in 2003 remains a favourite among video game enthusiasts the world over.

The ideal of this game seems to reflect the ways of the Force – that unseen, all-influencing power that gives both the Jedi and the Sith the means to manipulate the galaxy for their own ideals. While the Jedi have always striven to restore balance to the universe, the Sith use it for their own selfish means, leaving a path of death and destruction and sowing fear and unease wherever they go.

It takes a less-tangible inner strength, therefore, to commit to the light side, a character some of the strongest warriors in the galaxy sometimes lack. With the Old Republic locked in a seemingly never-ending war with the Mandalorian Empire, who wish to conquer the galaxy to fuel their lust for expansion, the Republic, a confederation of worlds with very distinct and different cultures, united by a common currency and trade laws, decides to send its greatest generals to stop the Mandalorians once and for all.

But war changes people. It is hard to go into battle and not just return unscathed, but also unchanged. It’s a feeling that is not easy to describe, but one that is best observed in the way people interact with those around them.

Forever changed from their war, which had claimed millions of lives across the swathes of the galaxy, through their experiences leading the Republic’s troops, they stumbled across an ancient Sith monastery and began to take in the ways of the dark side of the force. Soon afterwards, in his hungry quest for power, Malak would fire on Revan’s own star ship, taking for himself the mantle of Dark Lord of the Sith.

Little was known of Revan’s whereabouts, until one day, a Republic cruiser came under attack from Malak’s fleet, carrying a person of great importance on board – you.

The Short and Skinny
Star Wars: Knights of the Old Republic
Genre: RPG/Fantasy
Produced by: BioWare
What it’s about: In the days of Star Wars’ Old Republic, millennia before Obi-Wan Kenobi and Darth Vader were born, a very different war is raging across the galaxy, and only you have the power to stop it.
Where to buy: Origin, G2A Games, Microsoft Store, Amazon, Humble Bundle, Xbox Marketplace
Platforms: PC, Xbox 360, Android, Mac, iOS
IGN Rating: 9.5/10