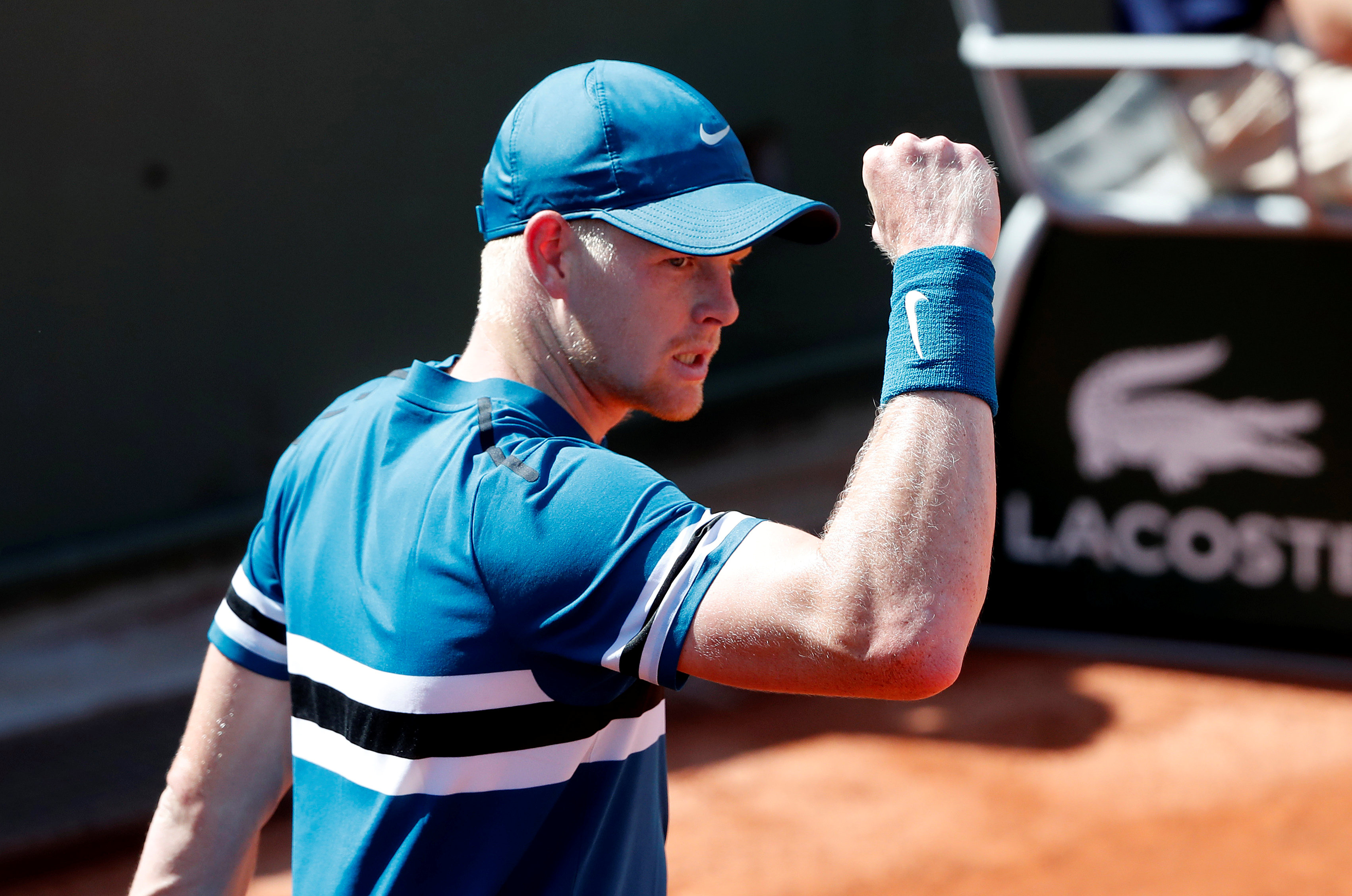 Paris: British No. 1 Kyle Edmund said he was "feeling good" on the clay courts of Roland Garros, where he cruised past Australia's Alex de Minaur 6-2, 6-4, 6-3 to reach the second round for the fourth consecutive year.
It was a controlled win for the Britain's top Wimbledon hope against an opponent who failed to hit any winners off the Edmund serve and was harried into too many forced errors.
Edmund’s ball-striking was superior throughout, the 16th seed hitting 28 winners to De Minaur’s 15, but it was the 23-year-old's cool head that impressed.
"I was pleased with how I managed my game today. Did the controllables really well, ... serving well and, you know, when I am on the front foot not laying back on the point," Edmund told reporters.
The South African-born youngster has made big strides in the past five months, defeating Novak Djokovic and David Goffin on his way to the quarterfinals in Madrid this month and breaking into the top 20.
Edmund took the British top spot in March from Andy Murray, who has been sidelined by a hip injury since Wimbledon last year. He rose to a career high 17th in the ATP rankings last week after reaching the third round of the Rome Open.
Edmund reckoned on Murray still claiming a place among the top four or five players if he were fit and said his own focus was on climbing higher still in the world rankings.
"It's nice to be the number one Brit," Edmunds said. "It's nice but it doesn't change anything. It's like I have got to keep working and try to get better."
"For me, it's the world ranking you obviously want to improve."