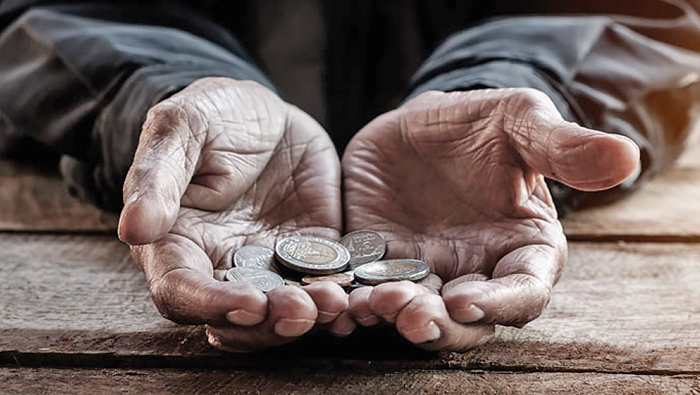 Muscat: There has been an increase in the number of expat beggars who carry weapons, such as knives, according to the Ministry of Social Development.
“The reality of arresting beggars on the streets is changing, as officials put their lives at risk due to more aggressive and violent beggars, who threatened the inspection team with knives,” said Hamood Al Mandhari, department manager at the department of social development in Seeb.
Officials who are responsible for arresting beggars in Wilayat Seeb have spoken about the challenges they face, which hinder their work.
Overall, officials agree that there can be room for more protection when dealing with beggars, especially those who are aggressive expats who verbally abuse and threaten officials with knives during arrests.
“We are not military personals and we do not carry weapons to defend ourselves,” said an official.
Challenges from civilians
The inspection team also faces challenges from civilians who sympathise with beggars and, at times try, to stop authorities from arresting them.
“The police advises people not to deal or have any contact with beggars, as some of them are scammers,” an official from the Royal Oman Police told Times of Oman, adding, “Individuals should report them (beggars).”
In the first four months of 2018, 499 beggars were arrested in Oman, and 439 of these were expats, the Ministry of Social Development announced.
The report by the ministry noted, “Out of the 60 Omani beggars who were arrested, 46 were men and 14 were women. Out of the 439 expat beggars, 285 were men while 154 were women.”
According to the Ministry, Muscat Governorate was leading the list with 332 beggars, followed by Dhofar with 77 beggars, North and South Batinah recorded 58 beggars, while Al Buraimi and Al Dhahira governorates had 18 and 14 beggars, respectively.
“A total of 33 beggars were under the age of 12, while 35 beggars were between the ages of 12 and 17, and 413 beggars were older than 18 years of age,” the Ministry added.
“During Ramadan, the number of beggars increases by 70 per cent, as the holy month is considered to be a season for begging, where beggars exploit the month of Ramadan as many Muslims increase their charitable contributions and, thus, unintentionally contribute to increasing begging ratios,” said Hamood Al Mandhari, manager at the department of social development in Seeb.
Joint task force
“During every Ramadan, the police create an anti-begging joint task force with other authorities to arrest beggars,” said an official of The Royal Oman Police, “These efforts are intensified during Ramadan.”
The Ministry of Social Development studies the case of each Omani beggar who is caught.
“We look at the situation of the individual, housing, economic, social, and health status. If a beggar is capable of work, then we coordinate with the Ministry of Manpower to provide them with a job,” Al Mandhari said.
Statistics show that beggars are mainly found around mosques, followed by markets and public locations.