Students in Oman do their Indian schools proud 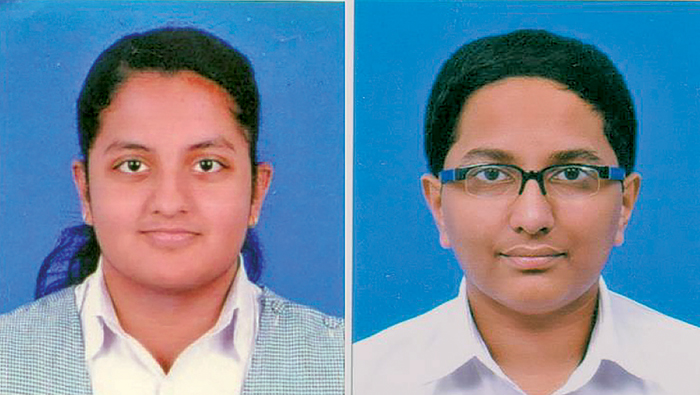 Muscat: Indian schools in Oman have expressed satisfaction at their students’ performance at the Central Board of Secondary Education (CBSE) Class X exams.
ISM delighted
Indian School Muscat (ISM) continued its tradition of putting up an impressive performance, as all 549 students who appeared for the Class X exams at the school passed.
Madhumidha Rajesh topped ISM with 98.4 per cent, breaking all previous records for the school. Medora Cyril James stood second with 98 per cent and Gouri Sunil finished third, scoring 97.8 per cent.
As many as 29 ISM students secured a perfect score in at least one subject. Meanwhile, 186 students scored above 90 per cent.
ISG content
Indian School Ghubra (ISG) also posted an impressive performance at the Class X exams.
Of the 202 students who appeared for the exams at the school, 168 scored a distinction.
Sharmistha Shankar Ghosh and Gopal Reghu topped at the school with 97.2 per cent, followed by Saarthak Manesh Trivedi and Malak Jamal with 96.4 per cent, besides Mitun Ganesan with 96 per cent finishing third. Malak Jamal, Shivaranjani Ramakrishnan and Pearl Bipin Pulickal posted a perfect score in mathematics.
ISD happy with result
Authorities at Indian School Darsait (ISD) said they were very pleased with the fact that all their students had passed the exam,
besides those that secured excellent marks.
Sneha Ann Reji topped ISD with 97 per cent, followed by Adithya B Panicker with 96.6 per cent, while Abhiram Prakash stood third with 96.2 per cent.
Of the 159 students, 100 students scored more than 75 per cent marks, whereas 139 students scored above 60 per cent, marking an all-time best for the school.
ISD Principal Sridevi P. Thashnath and President of the School Management Committee (SMC) Jaikish Pavithran congratulated the students on their impressive performance.
IS-Salalah comes out strong
A statement from Indian School Salalah said that the school management and staff were delighted that all Class X students at the educational institutions had passed the exams.
Anlia Thelekkatte and Aquila Mathews topped the school with 484 marks, that is 96.8 per cent, followed by Avani Vidyadharan with 483 marks or 96.6 per cent and Hrudya Prasanth with 482 marks or 96.4 per cent.
As many as 40 students scored above 90 per cent, while 145 students secured over 75 per cent at the school. Rhea Jacob secured a perfect 100 in English and Aquila Mathews secured a perfect 100 in Maths.
IS-Sohar hails 100% result
Indian School Sohar announced that all 171 students from their school had passed the Class X exam.
Shirishti Jain topped the school with 98.2 per cent, followed by Riddhi Sharma with 97.6 per cent and Safa Rasheed with 96.4 per cent. Nearly a third of the students at the school scored over 90 per cent in the exams.
Moreover, as many as 171 students secured over 70 per cent. Principal Sanchita Verma heaped praise on the students, teachers and parents for their efforts. She said, “This superb result has further raised the bar.”
ISAM gives thumbs up
Indian School Mabellah (ISAM) also expressed gratification at their students’ performance.
One Samra topped the school with 96.2 per cent. Maya Madhusudhanan stood second with 96 per cent and Theertha Sudheer Babu scored 94.2 per cent to secure third position.
IS-Muladah pleased
At Indian School Muladah, as many as 160 students appeared for the tenth exam.
One Hisana Abdul Razak topped the school topper with 96 per cent followed by Likhit Ajeesh and Melba Elizabeth Biju in the second place who secured 95.6 per cent. Akshaya Suresh and Devika Anil came third with 95.2 per cent, just ahead of Dheeraja Rajreddygari who got 95 per cent.
IS-Ibri rejoices
Indian School Ibri also boasted that all of it’s tenth students had passed their exams.
One Devika N stood first for the school with 94.4 per cent. Gwen Abigail D’Souza secured the second place with 92.6 per cent and Abhijay Anoop Nair secured the third place with 91.8 per cent.
ISAS students excel
Indian School Al Seeb students gave a fabulous result in the Class X, CBSE Board Examination, 2018. The school is proud to have a 100 per cent pass result. The highly jubilant students who topped the school are Daya C.M with 98.2 per cent, Asna Nizam with 97.4 per cent and Ashna Hussain with 96.4 per cent. Daya C.M is also the second topper among all Indian schools in Oman.
Out of 241 students, 100 students scored a grand total of 80 per cent and above, 39 got A1s in English, 53 in Mathematics, 67 in Science and 60 in Social Studies. In the 5th optional subject, 11 received A1s in Malayalam out of 100 students, 5 got A1s in Hindi out of 129 students and one received A1 in Arabic out of 12 students.