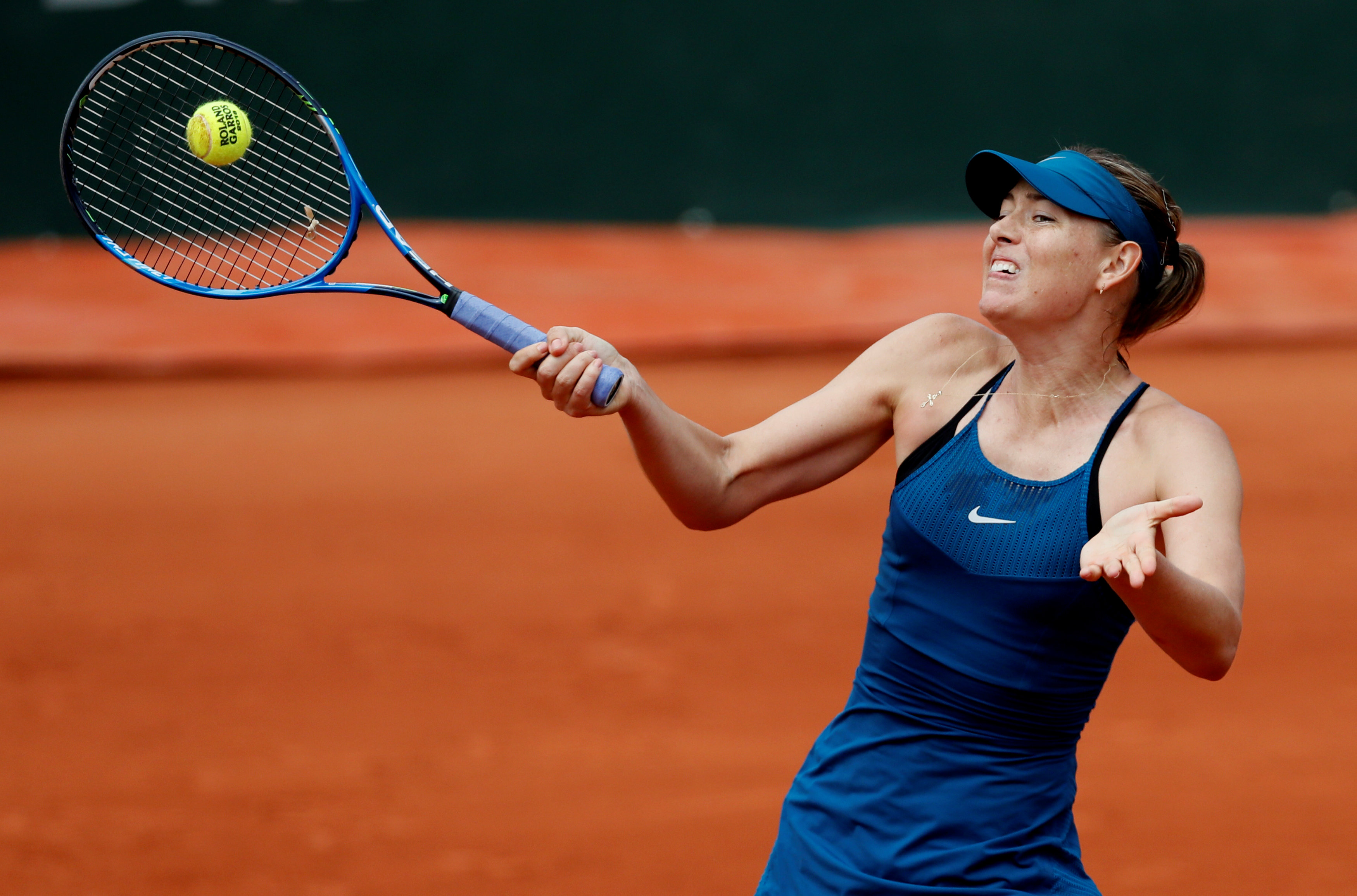 Paris: There was the usual pre-toss skipping routine, an abundance of shrieks and the oft-seen mid-match wobble as Maria Sharapova returned to the French Open following a two-year hiatus with a 6-1, 4-6, 6-3 win against Richel Hogenkamp on Tuesday.
The former world No. 1 ended up spending more time than she would have wanted on court Suzanne Lenglen in defeating the Dutch qualifier but the only thing that mattered was that she was through to round two.
"It is great to be back on a court that I have had great success on. I have always loved playing here. It's been a Grand Slam that was very difficult for me to do well at physically, mentally. I overcame that," Sharapova told reporters.
"So to be back here and kind of relive those moments playing back again is very exciting.
"I felt like I had a great reception today."
Sharapova, seeded 28th, missed the 2016 tournament while serving a doping ban and failed in her bid to secure a wildcard entry into last year's event.
After being given a warm welcome by the Roland Garros crowd when she arrived on court, the Russian raced to a 3-0 lead in the opening set. She wrapped it up in just 24 minutes as she mixed her powerful game with a couple of delicate dropshots.
The five-time Grand Slam champion broke early in the second set too, only for Hogenkamp to level for 3-3.
Another trade of breaks ensued and Hogenkamp broke again in the 10th game to level the match when Sharapova netted a backhand.
Things then got much worse for Sharapova.
She peppered the court with unforced errors, falling 3-0 down in the decider as Hogenkamp bagged six games in a row.
But the double French Open champion's never-say-die attitude resurfaced and she pocketed the remaining six games to set up a second-round meeting with Croatia's Donna Vekic.