Almost all in Congo city at immediate risk of Ebola now vaccinated:WHO 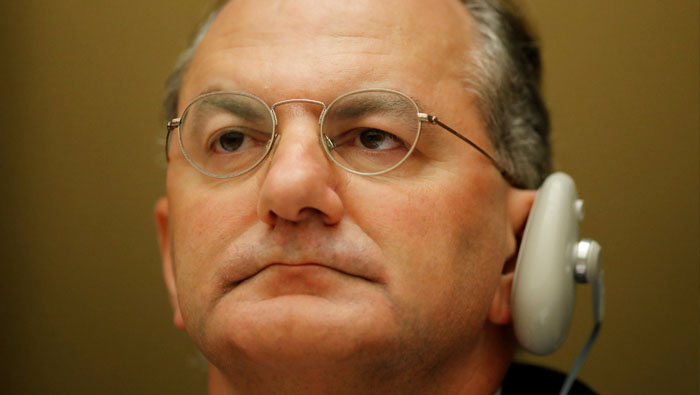 Geneva: The World Health Organization said on Tuesday almost all the people it considers at immediate risk from an Ebola outbreak in the Democratic Republic of Congo city of Mbandaka have now been vaccinated against the disease.
More than 400 potential Ebola contacts have been vaccinated, which represents 90 per cent of those considered at risk, said Peter Salama, WHO Deputy Director-General for Emergency Preparedness and Response.
"We can't conclude that we've safeguarded the city of Mbandaka but we can say that so far there has not been an explosive increase in cases. So that’s a positive sign and a positive development," he said. "We have reason to be cautiously optimistic."
Ebola spreads easily through bodily fluids. The medical strategy involves ringfencing patients by vaccinating all the people they may have infected, and then vaccinating a second "ring" of contacts around each of those potential sufferers.
That would include family members but also people who may have come into contact with a sufferer in church or on public transport, each a potential Ebola time-bomb who must be found and vaccinated by virus-hunting experts.
Twenty-five people have died in the outbreak, which is the largest since more than 11,300 people died of Ebola in Guinea, Sierra Leone and Liberia in an outbreak that reached its peak in 2014.
The outbreak has so far caused 54 cases of the disease, and 47 of those have been in the rural communities of Bikoro and Iboko, which is where the outbreak was first declared and where the priority must be in the next few weeks, he said.
WHO Assistant Director-General Michael Ryan described the change of focus as a double-edged sword, because the disease could spread faster in a city but at least the population was easy to access.
"In a rural area, it’s not as dangerous but finding the cases and the contacts becomes a nightmare," he said. There was a need much for a much stronger Ebola response in the rural town of Itipo, which had a population of around 10,000, he said.
Salama also said the WHO hoped to get government approval within days to use five experimental drugs to treat Ebola patients, in a clinical trial which could lay the groundwork for rapid treatment of Ebola patients in future outbreaks.
"If we don’t use the opportunity to learn in this situation we will never be able know which is better than the other," Salama said. But the trial would be complicated, with some drugs requiring 6-12 hours of daily intravenous infusions and daily assessment of liver and kidney function.
"Remember where we’re talking about: Bikoro has no power, no functioning lab, and very little infrastructure," Salama said. Ryan said some drugs were already in Congo and he hoped potentially life-saving therapies would be available in Ebola treatment centres within "a very short number of days".
A WHO spokesman said the drugs were the antivirals Remdesivir, developed by Gilead Sciences, and Favipiravir, developed by Toyama Chemical Co, the monoclonal antibody mAB114, and two monoclonal antibody cocktails: ZMapp and a drug developed by Regeneron Pharmaceuticals known as REGN3470-3471-3479.