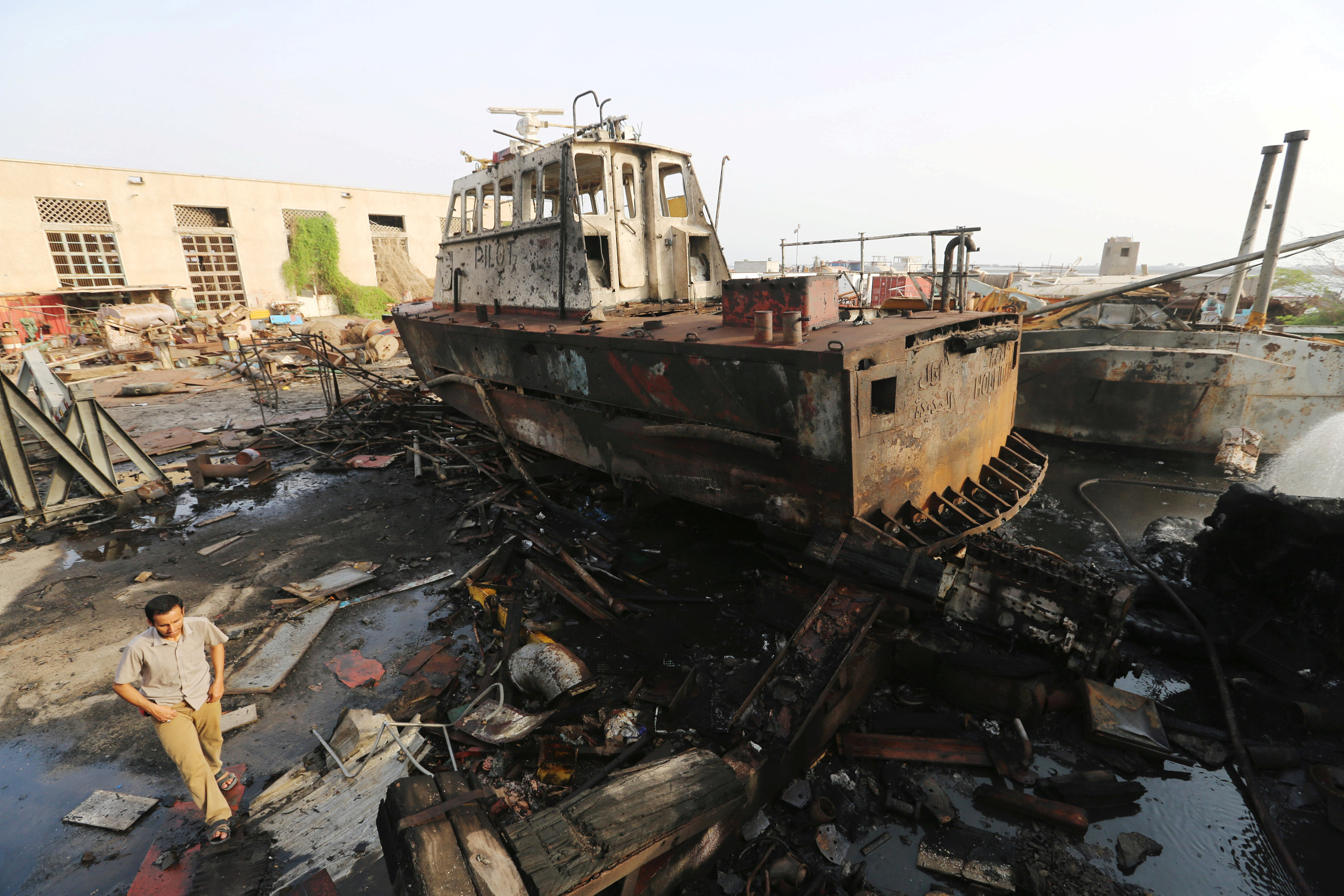 Riyadh/Aden: Forces backed by a Saudi-led coalition are closing in on Yemen's Houthi-held port city Hodeidah, a coalition spokesman said, but did not specify whether there were plans for an assault to seize the western port, long a key target in the war.
"Hodeidah is 20 km (12.43 miles) away and operations are continuing," spokesman Colonel Turki Al Malki said at a press briefing in the Saudi capital Riyadh late on Monday, detailing gains made against the Houthi movement.
The military alliance last year announced plans to move on Hodeidah, but backed off amid international pressure, with the United Nations warning that any attack on the country's largest port would have a "catastrophic" impact.
Yemeni officials told Reuters earlier this month that troops were advancing on Hodeidah province but did not plan to launch an assault on densely populated areas nearby.
Coalition-backed troops have now reached Al Durayhmi, a rural area some 18 km from Hodeidah port, residents and the spokesperson for one military unit told Reuters on Monday.
It was unclear if Saudi Arabia's Western allies, which have come under increasing scrutiny for arms sales to coalition member states, have approved an attack on Hodeidah, whose port handles the bulk of Yemen's commercial imports and critically-needed aid supplies.
Riyadh says the Houthis are using the port to smuggle weapons, accusations denied by the group.
Houthi leader Abdul Malik Al Houthi called on his followers and Yemeni tribesmen in a televised address on Sunday to head to Hodeidah to confront the "breach" along coastal areas.
The alliance of mainly Gulf Arab countries has made gains along the southwestern coast since it intervened in Yemen's war in 2015 to restore the internationally recognised government in exile and drive back the Houthis, who hold the north including the capital Sanaa.
Tens of thousands of Yemenis have been fleeing Hodeidah, Yemen's second most populous province, as fighting intensifies on the frontlines, Amnesty International reported earlier this month.