Taiwan welcomes Haiti president as China chips away at allies 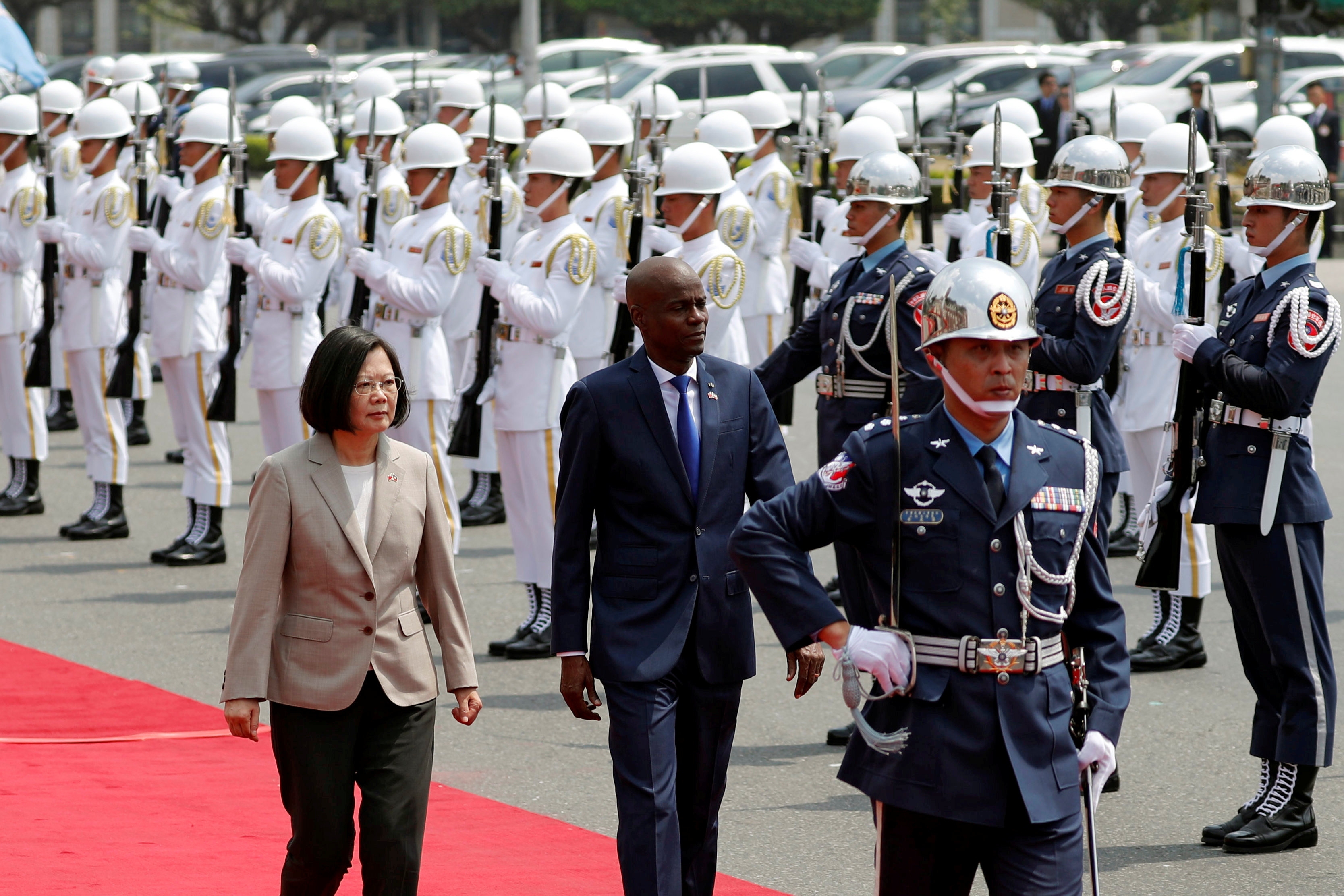 Taipei: Taiwan President Tsai Ing-wen welcomed the leader of the Caribbean nation of Haiti with a military salute on Tuesday on his first official trip to Taipei, as China ramps up the pressure to lure away Taiwan's friends.
Taiwan has lost two diplomatic allies in the past month, most recently the West African state of Burkina Faso, which re-established ties with Beijing on Saturday.
China claims Taiwan as its own and considers the democratic island to be a wayward province, with no right to state-to-state relations.
Taiwan is China's most sensitive territorial issue and a potential military flashpoint.
Haiti President Jovenel Moise, along with a 30-member delegation, is visiting amid concern that his country could be among the next to jump ship and establish ties with China.
Earlier in May, the Dominican Republic, which shares the island of Hispaniola with Haiti, severed ties with Taiwan by formally recognising China.
"We appreciate Haiti's long-term support of Taiwan and our international participation in many areas," Tsai said at a welcoming ceremony outside the presidential office.
"We look forward to both sides continuing and deepening the mutual help and cooperative partnership, as the two countries' friendship remains secure forever," she said.
"Even though Taiwan and Haiti are separated by large geographic distance, both share democratic and freedom values," Tsai said. "In many areas, both sides have seen the results of the long-term and deep partnership."
Taiwan and Haiti have been allies since 1956.
China has launched a campaign over the last two years to lure away Taiwan's remaining diplomatic allies, as it seeks to pressure Tsai, who it fears wants to push for the island's formal independence.
Tsai says she wants to maintain the status quo but will not be bullied by China and will defend Taiwan and its democracy.
Moise said his country was grateful for Taiwan's willingness to help with its development, and that it was looking forward to relations expanding into a new phase.
Haiti is looking to promote employment and economic growth, with a focus on strengthening private investment, agriculture modernisation, as well as infrastructure, he said.
"All these plans are currently facing very difficult challenges," Moise said. "We are looking forward to a mutual win."
Taiwan has official relations with just 18 countries, many of them poor nations in Central America and the Pacific such as Belize and Nauru.
Taiwan had accused China of enticing countries into its orbit with generous aid offers.
Speaking to reporters in Beijing, Chinese Foreign Ministry spokeswoman Hua Chunying said those accusations were "totally baseless and pure slander".