India says it only follows UN sanctions, not US sanctions on Iran 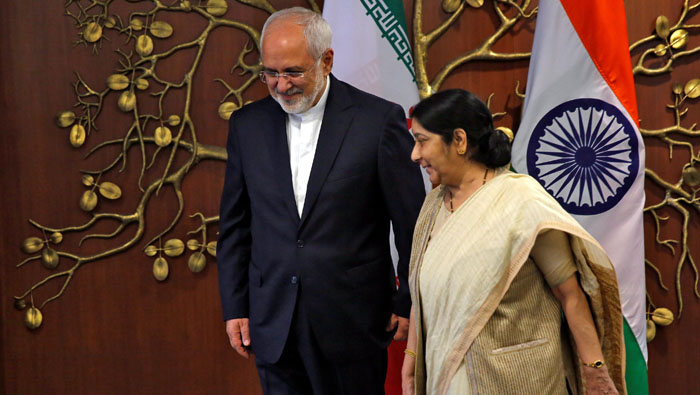 New Delhi: India said on Monday it abided by sanctions imposed by the United Nations but not those imposed by any other country, such as those announced by the United States against Iran.
US President Donald Trump this month withdrew the United States from the Iran nuclear deal and ordered the reimposition of US sanctions suspended under the 2015 accord.
Indian foreign minister Sushma Swaraj said New Delhi's position was independent of any other country.
"India follows only UN sanctions, and not unilateral sanctions by any country," she said at a news conference.
India and Iran have long-standing political and economic ties, with Iran one of India's top oil suppliers. Swaraj on Monday met Iranian Foreign Minister Javad Zarif, in New Delhi to build support against the US rejection of the nuclear accord.
"Zarif briefed about the discussions that Iran has undertaken with parties to the Joint Comprehensive Plan of Action following the US decision to withdraw from the Agreement," said an Indian government statement, without elaborating.
India continued trade with Iran during previous sanctions but had to cut oil imports as the sanctions choked off banking channels and insurance cover for tankers.