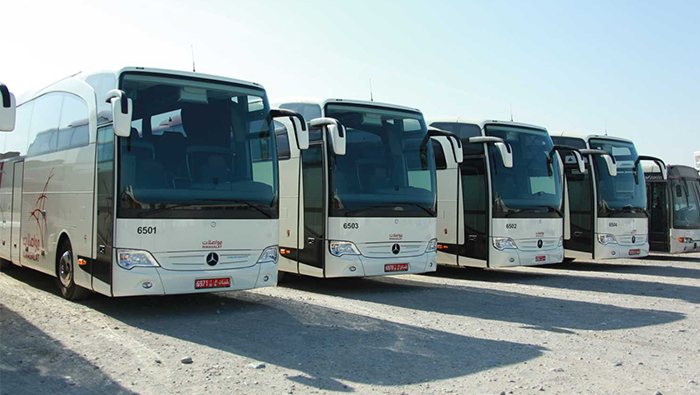 Muscat: Mwasalat, Oman's national transport company, has announced the resumption of its bus routes to Dhofar and Al Wusta, and has added two additional trips to Salalah, starting from Sunday, May 27, 2018.
"The additional trips came to facilitating transportation to and from the governorate," Mwasalat said in an announcement, adding, "After coordination with the competent authorities, it has been decided to resume the operations on the routes starting from Sunday, May 17, 2018, at regularly scheduled times."
Mwasalat's routes to Salalah and Al Wusta governorate are: Muscat-Salalah, Muscat-Marmul, Muscat-Al Duqm, Haima-Al Duqm, Salalah- Al Mazyouna, and Salalah-Marmul. The two new trips are from Muscat-Salalah, at 2:00 pm and 4:00 pm.