All you need to know about Cyclone Mekunu 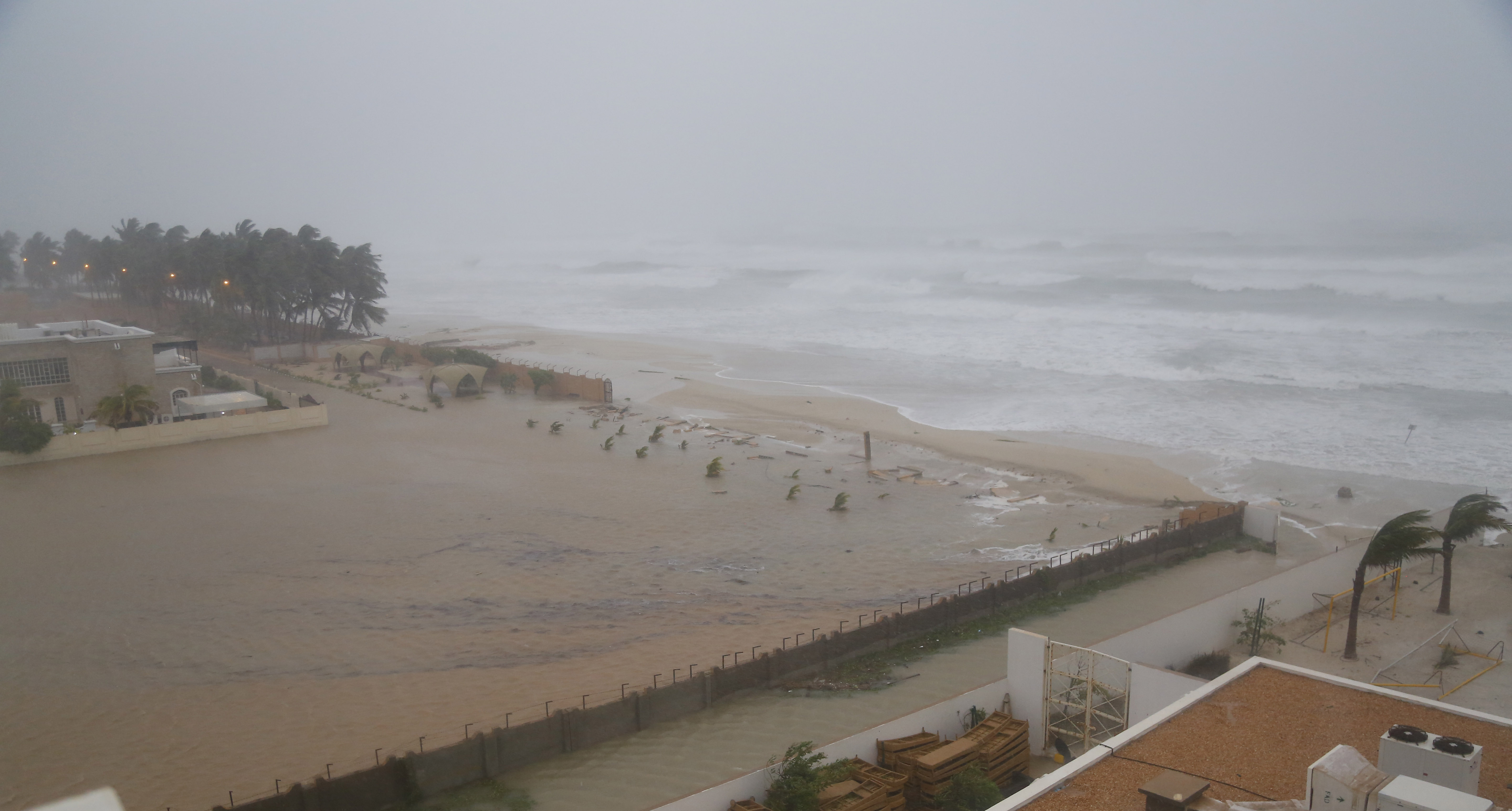 Follow this live blog for Times of Oman's comprehensive coverage of Cyclone Mekunu
Muscat: Tropical Storm 02A, officially christened ‘Mekunu’, formed on May 22 over the Southwest Arabian Sea and was the second named storm of the 2018 North Indian Ocean cyclone season.
The storm was formed in the aftermath of tropical storm ‘Sagar’, which hit northwestern Somalia after forming in the Gulf of Aden. At least 31 people were killed by Sagar, which made landfall farther west in the North Indian Ocean basin, compared with any previous storm on record.
According to the US agency NOAA’s database, tropical cyclones are infrequent in this part of the Arabian Sea, and the region can go years without a storm.
When they develop, they tend to occur in spring and autumn. Experts say only three “hurricane-strength” storms have made landfall within 100 miles of the Oman-Yemen coast, with Mekunu the first on record to land near Salalah.
**media[879307]**
How strong was it?
Mekunu officially intensified to “cyclone” strength on the evening of May 22. By the morning of May 24, Mekunu was predicted to intensify into a Category 2 cyclone before making landfall in Salalah, according to the Public Authority for Civil Aviation (PACA).
Affected areas were reported to have received the equivalent of their regular annual rainfall in a single day. By Thursday morning, Mekunu had caused surface winds to reach 70-80knots (126-144kmph), according to PACA.
On Friday morning, the storm had weakened to a Category One cyclone, the weakest categorisation for tropical cyclones. In the same advisory, however, PACA warned the public that thunderstorms and strong winds would still continue in the governorates of Dhofar and Al Wusta over the next 36 hours.
Experts estimate that Salalah alone received 259 millimetres of rain, more than double its entire annual rainfall, in just 24 hours.
The Name ‘Mekunu’
The name ‘Mekunu’ was chosen by the Maldives. In Dhivehi, the country’s national language, the term means “Mullet fish”. The Maldives also named the strongest tropical cyclone on record in the Arabian Sea, “Gonu”.
The practice of naming storms and tropical cyclones dates back to 1954 and is done to aid quick identification in warning messages because names are presumed to be far easier to remember than numbers and technical terms. Experts agree that naming storms makes it easier for the media to report on tropical cyclones, heightens interest in warnings and increases community preparedness.
Names are selected from a list maintained and updated by an international committee at the World Meteorological Organisation. There is a strict procedure to determine a list of tropical cyclone names in an ocean basin by the Tropical Cyclone Regional Body responsible for that basin at its annual/biennial meeting.
Countries affected
Mekunu has mainly affected the countries directly in its path, namely Oman and Yemen. Only three hurricane strength storms have hit Oman or Yemen in the last 50 years since record keeping began, all of which have come in the past 12 years.
All relevant authorities in the Sultanate were ready and prepared for the storm.
Extensive preparations were made by several public authorities to ensure the safety of lives and property, with the National Committee for Civil Defence, headed by Lt Gen Hassan Al Shraiqi, Inspector General of Police and Customs, going over the preparedness of various emergency services. Additionally, Oman’s Ministry of Defence moved to evacuate the inhabitants of the Hallaniyat Islands, which could strongly feel the impact of Mekunu.
The evacuations on the Hallaniyat Islands were carried out by the Royal Air Force of Oman. Emergency teams and police were on alert and ready.
A number of critical facilities, such as desalination plants, transmission stations and electricity distribution centres drew up emergency plans.
Preparations were also made by the Ministry of Health, with Sultan Qaboos Hospital in Salalah evacuating all patients. Critical cases and dialysis patients were transferred by the Royal Air Force. Patients in stable condition were transferred to the Armed Forces Hospital in Salalah and emergency cases to the Cardiac Surgery Centre in Salalah.
Mwasalat suspended services from Muscat to Dhofar and Wusta from May 24.
The PACA frequently broadcast warnings about Mekunu in Arabic, French and Hindi, keeping residents up to date on the storm’s trajectory.
On the ground, teams from the Public Authority for Civil Defence and Ambulance (PACDA) saved more than 15 lives in rescue operations that spanned the entire governorate.
Salalah Airport was closed on May 25, leading to the cancellation of all flights to and from Oman’s second largest city. Its closure was initially expected to last for 24 hours, but was later extended by PACA.
The Port of Salalah was also closed, with more than 250 workers rescued from boats.
At the time of writing, two deaths were reported in Oman. In Yemen, 11 were reported dead with 40 missing. Socotra Island has since been declared a “Disaster Zone” by Yemen’s High Commission.