Thundershowers to continue in Dhofar and Wusta 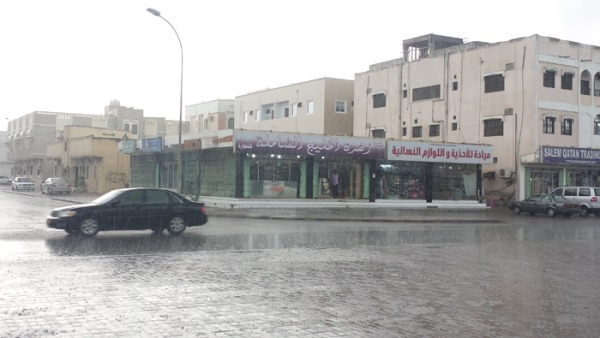 Muscat: Rain and thundershowers are likely to continue over Dhofar and Wusta Governorates in the next 12 hours, it has been revealed.
The announcement was made by Public Authority for Civil Aviation (PACA) on their official Twitter handle.
“The latest weather charts and satellite images of the National Multi Hazard and Early Warning Centre shows a decrease of deep depression to tropical depression with continued isolated rain and occasionally thundershowers over Dhofar and Wusta associated with fresh winds within the coming 12 hours,” an official PACA statement read.
The statement revealed that the tropical storm continued to move towards northwest of Dhofar Governorate, adding that wind speeds around the eye of the storm measured around 17 to 27 knots or 31 to 50 kilometres.
PACA also disclosed that seas along the coast of Dhofar and Wusta would continue to be choppy.
“Sea continues to be rough along Dhofar and Wusta coasts with maximum wave height between 3 to 6 metres. Along the coastal areas of south Sharqiyah, sea will be rough with maximum wave height ranging between 2 to 3 metres,” the statement said.