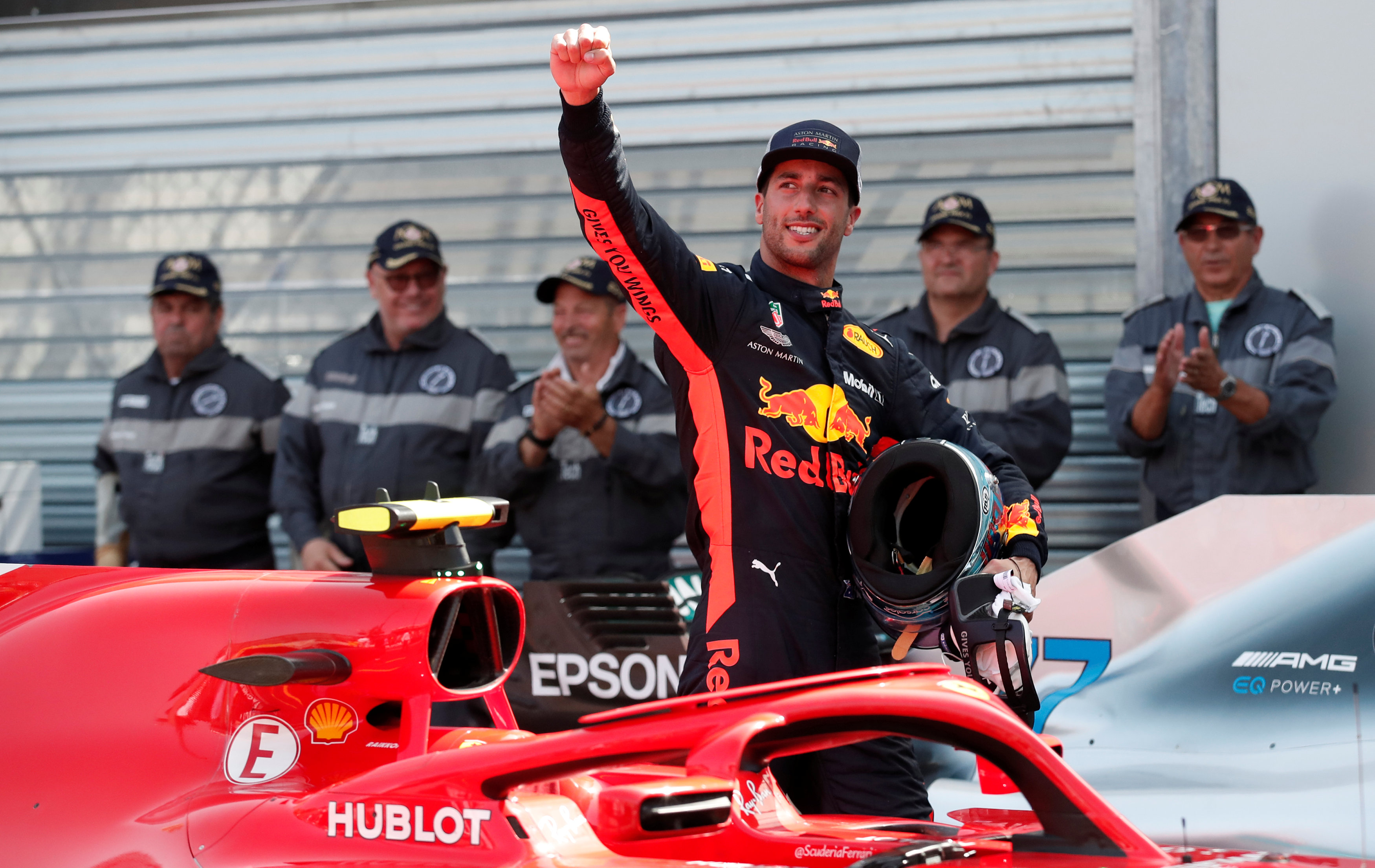 Monaco: Australian Daniel Ricciardo dominated every stage of qualifying to put Red Bull on pole position for Formula One's showcase Monaco Grand Prix in track record time on Saturday.
Ricciardo, in blistering form since Thursday practice around the streets of the tiny Mediterranean principality, made sure of the top slot for his team's 250th race start with a quickest lap of one minute and 10.810 seconds.
Ferrari's Sebastian Vettel, last year's race winner in a Ferrari one-two, joined his former Red Bull team-mate on the front row with world championship leader Lewis Hamilton third for Mercedes.
Neither man could match the Australian's pace on the hypersoft tyres, with Vettel 0.229 seconds slower.
"We sent a statement on Thursday and have been quickest every session. Just the race tomorrow and then we will celebrate. I have done everything I can so let's finish the job tomorrow," said Ricciardo.
Red Bull's hopes of locking out the front row of the starting grid disappeared before qualifying had even started after the gearbox on Max Verstappen's car was changed following a crash in final practice.
That incurred a five place grid drop, which became academic when the 20-year-old Dutch driver failed to emerge for even one timed lap.
Hamilton leads Vettel by 17 points after five rounds of the 21-race championship, and the Briton will have been boosted by his car's performance after a disappointing showing in Monaco last year.
Ricciardo's pole was his second in three years in the principality, and second of his career, with the Australian fastest in 2016 qualifying but losing out in the race to Hamilton.
"I gave it everything I could. I was up a little bit on the last lap but wasn't able to hold onto it," said Hamilton, chasing a hat-trick of wins on Sunday after Azerbaijan and Spain.
"It's still a long race ahead of us tomorrow. I don't think Red Bull have tried the other tyres yet so it will be interesting to see how we all go."