World Cup Previews: Ageing defence and off-form players are a worry for Portugal 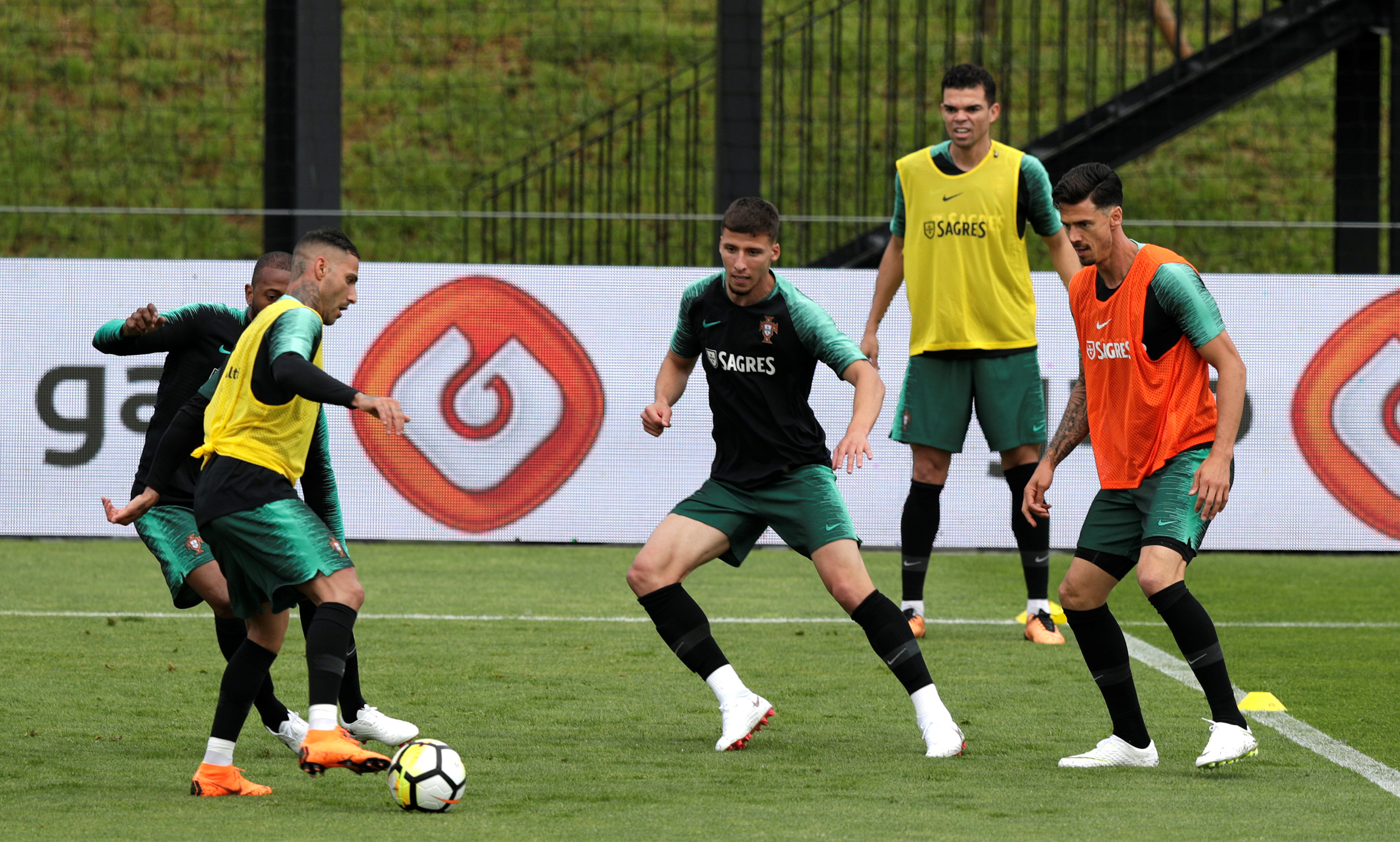 PORTUGAL'S Cristiano Ronaldo shows no signs of flagging as he approaches his mid-30s but there are plenty of other worries for a team with an ageing central defence and a number of players struggling for form.
Dour and pragmatic, Portugal will also have to carry the high expectations that come with being European champions and boasting one of the world's two best players.
Coach Fernando Santos said before their March friendlies against Egypt and the Netherlands that it was proving much more difficult to assemble his squad for the World Cup in Russia than it had been two years ago before Euro 2016.
Many of those who played a key role in that triumphant campaign have lost their way at club level.
Renato Sanches, who commanded the midfield in the knockout stages with a confidence that belied his 18 years, barely played after joining Bayern Munich for the subsequent season and a loan move to Swansea City has not worked out either.
Injuries and a continued lack of form have badly affected his confidence and he is highly unlikely to be selected for the squad to go to the finals.
Adrien Silva missed the first four months of the English Premier League season because his move from Sporting to Leicester City was not registered in time.
Andre Gomes has barely featured at Barcelona and Joao Mario has been loaned to struggling West Ham United after losing his place in the Inter Milan team.
Eder, unlikely scorer of the winning goal in the Euro 2016 final, is playing at Lokomotiv Moscow and, like Sanches, appears to be out of Santos's plans.
The defence, meanwhile, are still heavily dependent on pantomime villain Pepe who is now 35 and playing in Turkey rather than at Real Madrid. The Brazilian-born player suffered a broken toe in March but is already back in action.
Rolando and Jose Fonte, also in their 30s, were all over the place as Portugal lost 3-0 to the Dutch in their last friendly.
Bruno Alves is also well into his 30s, leaving Luis Neto as the only central defender under 30 with international experience.
It would be wrong to write off Portugal, however. Ronaldo is as dangerous as ever - as he showed by blasting 15 goals in the qualifiers.
With players such as William Carvalho, Joao Moutinho and Bernardo, there is plenty of talent elsewhere in the squad and, under Santos, Portugal have made an art form out of grinding out 1-0 wins
It is also worth bearing in mind their formidable record --under Santos Portugal have lost only one out of 29 competitive internationals.

Previous tournaments
Portugal will be appearing at their eighth World Cup and sixth in a row. Their best performance was on their debut in 1966 when they finished third after losing to England in the semi-finals and they reached the semi-finals in 2006 before losing to France. They went out in the group stage in 2002 and 2014 and lost to Spain in the round of 16 in 2010.

Coach: Fernando Santos
The 63-year-old is a former defender who played for Estoril and Maritimo. After retiring, he intended to pursue a career in electrical engineering, in which he is qualified, but a twist of fate took him into coaching. He has managed all Portugal's big three, Benfica, Porto and Sporting, and led Greece to Euro 2012 and the 2014 World Cup. He replaced Paulo Bento after Portugal lost their opening Euro 2016 qualifier at home to Albania, led them to the Euro 2016 title and has lost only once in 29 competitive internationals.

Key players
Cristiano Ronaldo: Portugal's captain, most capped player and all-time leading scorer remains, at the age of 33, a fundamental presence for Portugal -- even when not playing, as he showed by encouraging the team from the touchline during the Euro 2016 final. Some feel his habit of hogging free kicks and penalties is not healthy and that his presence is a burden for his team mates, but his record of 81 goals in 149 games speaks for itself.
Pepe: The linchpin of the defence for the best part of a decade although his rash tackles, explosive fits of temper and liberal use of gamesmanship make him many people's pantomime villain. He let down the team when he was sent off in the first half of the 4-0 defeat by Germany in the 2014 World Cup but held the back line together magnificently in the Euro 2016 final against France. Born in Brazil and moved to Portugal as an 18-year-old.
William Carvalho: Known as "Sir William" by fans of his club Sporting, Carvalho was born in Angola and moved to Portugal as a child. Physically imposing, he forms a defensive wall in front of the Portugal defence and is remarkably calm in possession, providing excellent distribution, though he sometimes looks cumbersome and slow.

Form guide
Portugal have won their last nine competitive internationals although their form in friendlies since qualifying has been more erratic, with two wins, a draw and an embarrassing 3-0 defeat by the Netherlands.

How they qualified
Portugal topped their group on goal difference ahead of the Switzerland. After losing to the Swiss in their opening match, they won their remaining nine fixtures

Prospects
Along with neighbours Spain, Portugal appear to be favourites to progress from Group B which also contains Morocco and Iran. But facing Spain in their opener could complicate things as defeat would leave them playing catch-up. Their second match against Morocco will stir unhappy memories of a 3-1 defeat by the North Africans at the 1986 finals while the Iran match brings them face to face with their former coach Carlos Queiroz. Russia, Egypt, Uruguay or Saudi Arabia await in the second round while France and Argentina are among possible quarterfinal opponents.