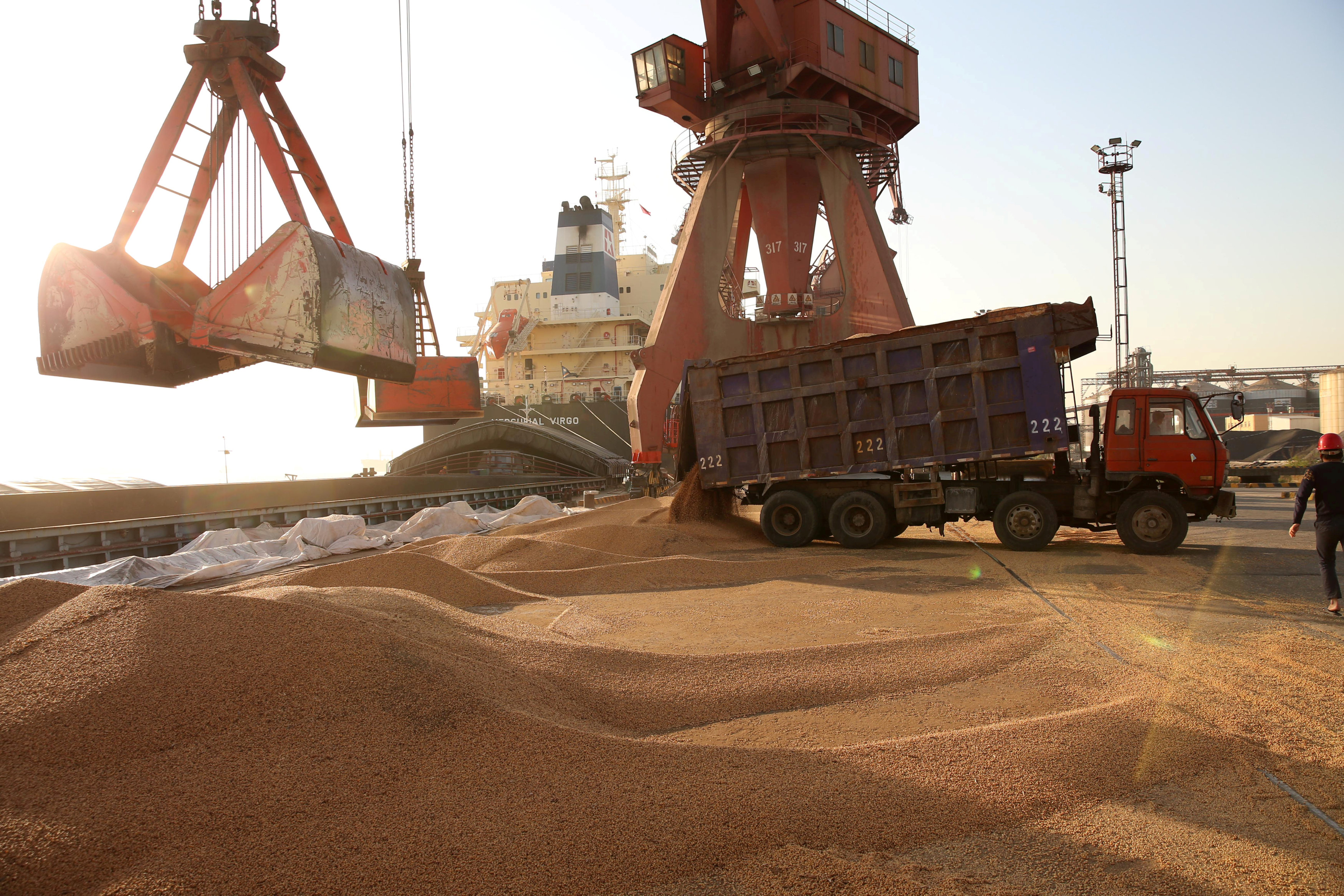 Beijing/Singapore: China's state grain stockpiler has returned this week to the US soybean market for the first time since early April, a sign Beijing is preparing to resume purchases as trade tensions between the world's top two economies ease, two sources said.
The renewed interest in the oilseed, used in animal feed, follows Beijing's pledge at the weekend to buy more US goods from its top trading partner, including agricultural products. China made the pledge to avert a trade war that could damage the global economy.
As the two sides stepped back from a full-blown trade war, Washington also neared a deal on Tuesday to lift its ban on US firms supplying Chinese telecoms gear maker ZTE Corp, and Beijing announced tariff cuts on car imports.
State grains buyer Sinograin asked about US-origin soybean prices this week after being largely absent for the last six weeks, two sources with knowledge of the matter said.
"Sinograin is in the market today asking US suppliers to make offers for shipment of old crop as well as new crop beans for shipment August onwards," said a source who works at a private soybean crushing company in China.
Sinograin's requests for prices were interpreted as a sign that government curbs on buying American goods had been lifted.
"It is a clear message to even private companies that it is okay now to import US beans," the source said.
Soybeans are America's top agricultural export to China, worth $12 billion last year.
Two other sources briefed on the matter said state grain trader Cofco was also now permitted to buy US soybeans, with the restrictions put in place during high trade tensions removed.
It's not clear how or when the government communicated this, and Sinograin, Cofco and the Ministry of Agriculture and Rural Affairs did not respond to requests for comment.
A Ministry of Commerce spokeswoman said the ministry has not told state companies to increases purchases of US soybeans.
One of the sources said Cofco had not yet made any purchases after buying large volumes earlier in recent months.
The sources declined to be named as they are not authorised to speak to the media.
Traders also reported a pick-up this week in enquiries for other grains, including US distillers dried grains (DDGS), a byproduct of making corn ethanol, as improving trade relations rekindled the broader US-China grain trade.
The news will come as a big relief to US farmers, who saw orders cancelled and business with China dry up as Washington and Beijing lobbed trade-tariff threats at one another.
The global commodities market and trade flow of goods from sorghum and corn to pork have been roiled by the dispute.
Beijing had warned in April it would hit US imports of soybeans and other agricultural products with an additional 25-per cent duty, after the United States had threatened to apply a similar tariff to some 1,300 Chinese products.