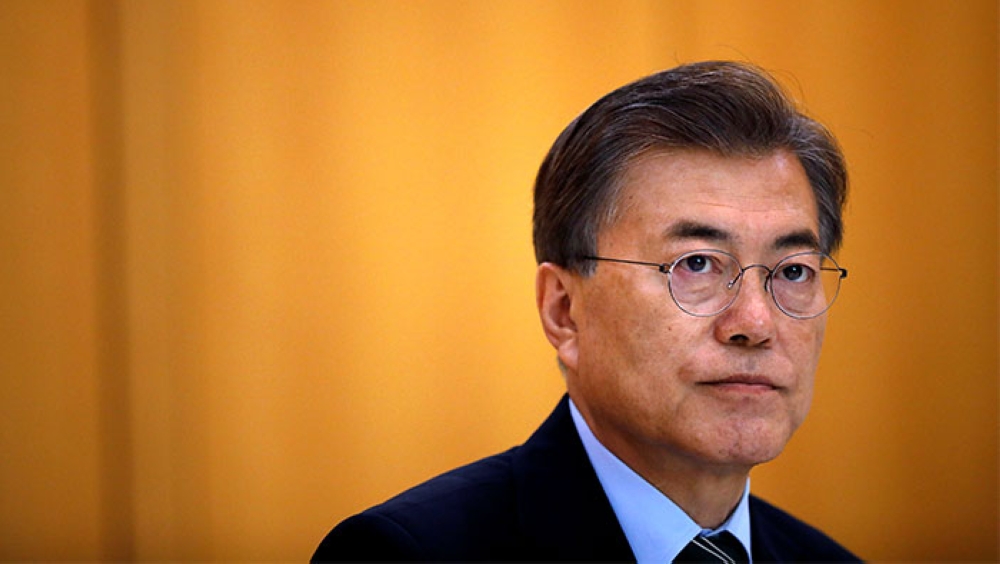 Seoul: South Korea said on Thursday it would seek to mediate between the United States and North Korea after Pyongyang threatened to pull out of an unprecedented summit between its leader Kim Jong Un and President Donald Trump on June 12 in Singapore.
North Korea on Wednesday said it might not attend the summit if Washington continues to demand it unilaterally abandon its nuclear arsenal.
Japan's Asahi newspaper on Thursday reported that the United States has demanded North Korea ship some nuclear warheads, an intercontinental ballistic missile (ICBM) and other nuclear material overseas within six months.
The newspaper, citing several sources familiar with North Korean issues, said U.S. Secretary of State Mike Pompeo appeared to have told the North Korean leader when they met this month that Pyongyang might be removed from a list of state sponsors of terrorism if it ships out those nuclear items.
The Asahi also reported that if Pyongyang agrees to complete, verifiable and irreversible denuclearisation at the planned Singapore summit, Washington was considering giving guarantees for Kim's regime.
Doubts over the U.S.-North Korea summit arose on Wednesday when Pyongyang denounced U.S.-South Korean military exercises as a provocation and called off high-level talks with Seoul.
Trump has said it is unclear whether the summit will go ahead but he would continue to insist on denuclearisation of the Korean Peninsula.
South Korea's presidential Blue House said it would seek to bridge the gap between Washington and Pyongyang.
A Blue House official said the South Korean government or President Moon Jae-in intends to more actively perform "the role of a mediator" between South Korea, the United States and North Korea.
Trump will host South Korean President Moon at a summit at the White House on May 22, and the two are expected to discuss the upcoming U.S.-North Korea summit.
The Blue House intends to "sufficiently convey (to the United States) what we've discerned about North Korea's position and attitude and sufficiently convey the United States' position to North Korea," thereby helping to bridge the gap between their positions, the official said.
"Seeing the announced statements and responses from North Korea and the United States, we see the two parties as having a sincere and serious attitude (to stand in each other's shoes)," the official said.
South Korea intends to continue discussions with North Korea to hold high-level talks North Korea cancelled on Wednesday, Blue House said in a separate statement on Thursday.
Meanwhile, Chinese government's top diplomat, Wang Yi, said on Thursday the measures North Korea has taken to ease tension on the Korean peninsula should be acknowledged, and all other parties, especially the United States, should cherish the opportunity for peace.
Cancellation of the summit, the first between U.S. and North Korean leaders, would deal a major blow to what would be the biggest diplomatic achievement of Trump's presidency. This comes at a time when his withdrawal from the Iran nuclear deal has drawn criticism internationally and his move of the U.S. embassy in Israel to Jerusalem has fuelled deadly violence on the Israel-Gaza border.