Cap on lawyers’ fees for low-paid workers in Oman 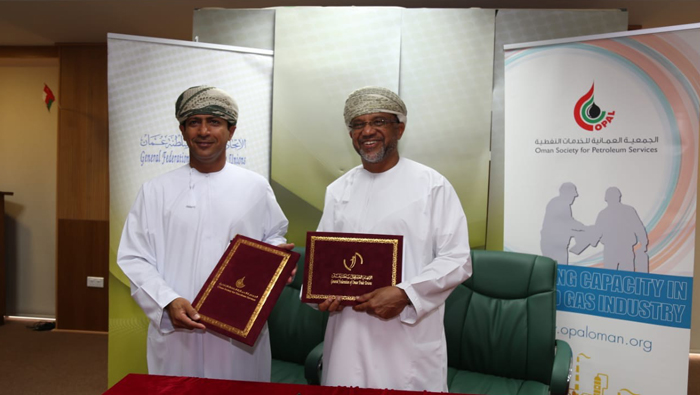 Muscat: Legal fees for low-paid workers have been capped, following an agreement between lawyers and Oman’s trade union body.
If you earn less than OMR400, you don’t have to worry too much about lawyer’s fees – in case any dispute arises at the workplace.
The agreement signed by the General Federation of Omani Trade Unions (GFOTU) and the Omani Lawyers Association sets a maximum limit for attorney’s fees: OMR200 for preliminary level, OMR100 for appeal level, and OMR100 for high level. Besides, the advance payment shall not exceed 50 per cent of the total value of the agreed fees.
The individuals who will benefit are members of the administration of the trade union and workers affiliated to it whose salary was less than OMR400.
The deal was signed for the lawyers by Dr. Mohammed Al Zadjali, Chairman of the Board of Directors of the Association.
The GFOTU signed four other agreements and memorandums of understanding—with the Oman Society for Petroleum Services Association (Opal), the Alizz Islamic Bank, the Sheraton Hotel, and Risk Management Services (RMS).
The agreement with Opal was signed by the Society’s Chief Executive Officer, Musallam Al-Manthari, and envisages cooperation in the settlement of labour and trade disputes that may arise in enterprises in oil concessions.
The deal with RMS was for reductions in the rates of comprehensive insurance of vehicles and third-party insurance, insurance against personal accidents, insurance of domestic workers, as well as health insurance. It will benefit members of GFOTU’s administration and trade union members, including their spouses as a first stage.
The MoU signed by GFOTU and Alizz Islamic Bank focused on the provision of banking benefits and facilities to the federation and its affiliates.
Under the pact with Sheraton Hotel, members of the administrative bodies of trade unions and employees of the General Union receive specific discounts on room rates, a 20 per cent reduction on hotel restaurant bills and a 30 per cent discount on health club and gym subscriptions.