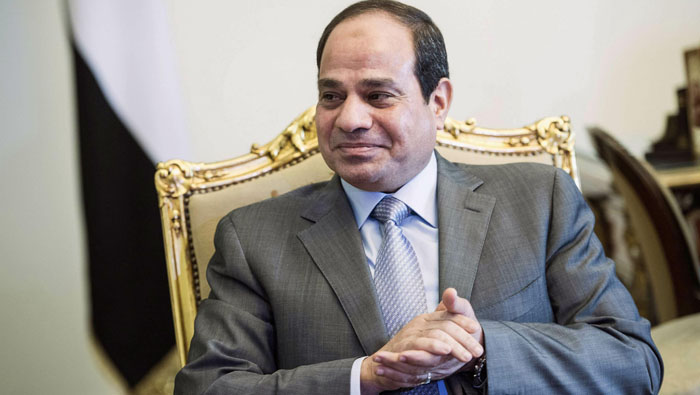 Cairo: Egypt's President Abdel Fattah Al Sisi has pardoned more than 330 people, many of them youths jailed for demonstrating in recent years.
Sisi told a youth conference in Cairo broadcasted on state television, he had asked that the interior ministry ensure the pardoned youth prisoners be released within the coming hours.
"We signed off on more than 330 (pardoned), and I ask of the interior minister that these youth spend tonight in their home," Sisi said.
Wednesday's pardon will secure the release of 332 people, including two members of Egypt's Destour Party and a number of prisoners with health problems, state-run news website Al-Ahram Gate reported. A full list of those pardoned was not immediately available.
Since coming to power in 2014, Sisi has presided over a sweeping crackdown on opponents and liberal activists that rights groups say is the worst in their history. He has issued pardons several times a year, including on major national holidays, often releasing students and young protesters.
Egypt in 2013 passed a law requiring interior ministry permission for any public gathering of more than 10 people, effectively ending the mass protests that helped unseat two presidents in the span of three years beginning in 2011.
Rights groups say the suppression of dissent continues. A state security prosecutor on Tuesday ordered the detention of prominent political activist Shady Ghazaly Harb, who may now face terrorism charges, and a female activist who posted a video complaining of harassment was detained last week. Sisi does not have the authority to interfere in Egypt's judicial processes but can issue pardons.