US 'looking for a deal' with China on trade 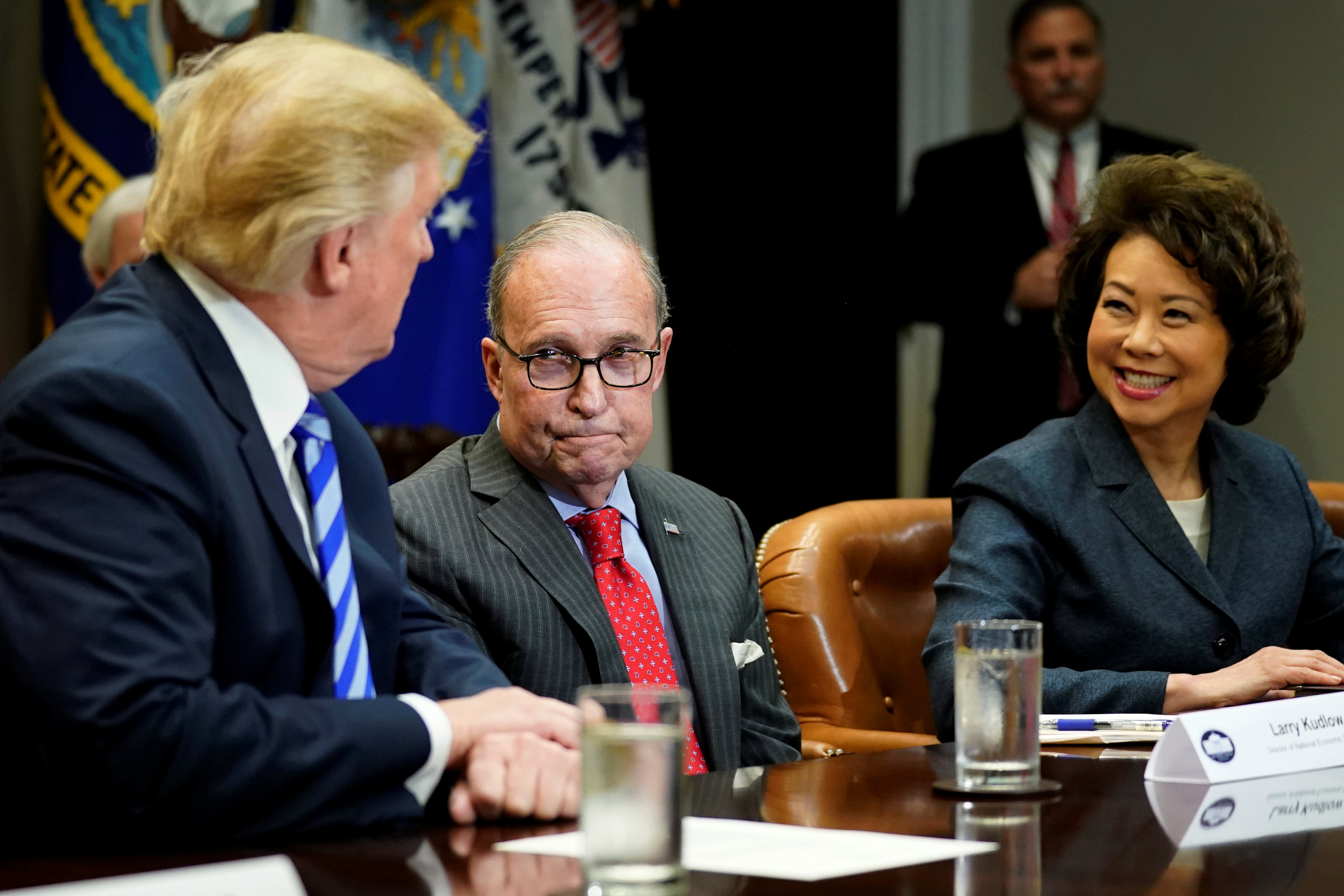 Washington/Tokyo: The United States is seeking a trade deal with China, White House economic adviser Larry Kudlow said on Tuesday as talks between the world's two economic powerhouses resume in Washington this week.
Kudlow, speaking in a live interview with Politico news outlet, said he backed US Treasury Secretary Steven Mnuchin's efforts to reach an agreement with Beijing and that both countries must take action.
"He is looking for a deal, I support him on that, wholeheartedly, assuming it's a good deal. He has my support," Kudlow said, adding that no agreement had been reached yet.
"Both sides should try to lower tariffs as much as possible... and to take down non-tariff barriers wherever they are," he told Politico. "Free and open trade, I think that's the solution. I think that's where we are as a group."
His comments come as US President Donald Trump's top trade and economic officials prepare to meet with Chinese Vice Premier Liu He to discuss concerns ranging from intellectual property protections to farm goods to steel capacity.
Trump has long-promised to crack down on China and raised concerns about an all-out trade war after threatening to impose tariffs on up to $150 billion worth of imports from China, prompting Beijing to retaliate.
But he offered an olive branch in calling on US officials to revisit penalties for Chinese company ZTE Corp for flouting US sanctions on trade with Iran and North Korea.
"Trade negotiations are continuing with China. They have been making hundreds of billions of dollars a year from the US, for many years. Stay tuned!" Trump tweeted on Tuesday.
Kudlow told Politico that the United States was not looking for a trade war with China and that it was not clear what action the United States would take toward ZTE.
This week's meetings follow US-China trade talks in Beijing earlier this month where the two countries failed to reach an agreement on the long list of US demands.
China's official Xinhua news agency said on Wednesday that Liu and a delegation including People's Bank of China Governor Yi Gang, the deputy head of the state planning agency Ning Jizhe and other officials arrived in Washington on Tuesday.
US Ambassador to China Terry Branstad, who was at the Beijing talks, said earlier on Tuesday the United States wants a timetable on how China will open up its markets to US exports as the two countries are still not close to resolving trade frictions.
Washington and Beijing have proposed tens of billions of dollars in tit-for-tat tariffs, fanning worries of a full-blown trade war that could disrupt supply chains and dent business investment plans, weighing on the global economy.
Branstad, speaking at a conference in Tokyo, said the Chinese appeared "taken back" by the significance of the list.
"The Chinese have said 'we want to see the specifics.' We gave them all the specifics in terms of trade issues. So they can't say they don't know what we're asking for," he said.
Branstad said China has not met pledges to open up its insurance and financial services area, as well as reduce auto tariffs, and that Trump would like to see a "dramatic increase" in food exports to China.
"We're still very far apart," he said.
Branstad said the United States could rescind the "Section 301" tariffs if China opened its agriculture and auto markets.
Increasing US exports of liquefied natural gas could also be an area where the two countries could agree, he said.
"The United States and China are the two biggest economies in the world. The more we can work things out, the better it's going to be not just for US and China, but for the entire world economy," he said.