Halt the rise of diabetes on World Health Day 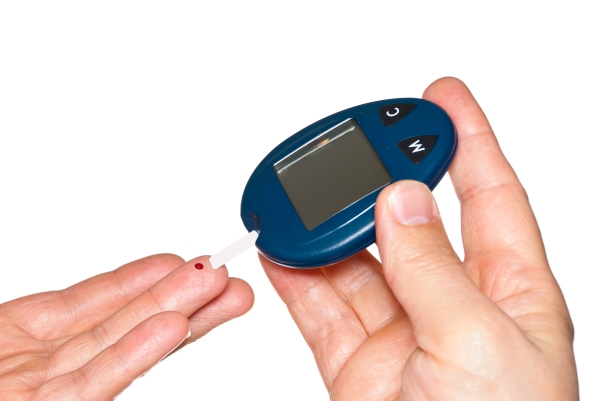 Diabetes will be the world’s seventh largest killer by 2030. This year the World Health Day (April 7) calls for immediate action to prevent and treat the potentially fatal disease.
The rise in diabetes world over is alarming and Oman mirrors that change as well. In 2015, there were 415 million patients with diabetes worldwide and that’s projected to increase to 642 million by the year 2040. “Presently there are 35.4 million individuals with diabetes in the MENA (Middle East and North Africa region), says Dr Praveen Jeyapathy, diabetologist at Apollo Medical Centre Muscat, as we get ready to commemorate the World Health Day on April 7. The main objective this year is to increase awareness and trigger a set of actions to tackle diabetes.
Diabetes is a chronic, metabolic disease characterised by elevated levels of blood glucose which may over time lead to serious damage to the heart, blood vessels, eyes, kidneys, and nerves. According to WHO, ‘type 2 diabetes, usually in adults is most common, which occurs when the body becomes resistant to insulin or doesn’t make enough insulin. In the past three decades the prevalence of type 2 diabetes has risen dramatically in countries of all income levels.’
In Oman, the 2014 national registry mentioned the prevalence of diabetes to be 12.3% with nearly 7,000 new cases registered each year (only in government institutions). “The worrisome part of the report was the high figure of pre-diabetes at 33% which shows a significant number at risk for developing diabetes in the future. Moreover, type 2 diabetes which usually affects the elderly is being seen at an increasing rate among youngsters these days,” says Dr Praveen while raising concerns on the rise of diabetes in Oman.
Talking about the main reasons behind this rise, Dr Praveen says that obesity is the most important risk factor for developing diabetes. It occurs due to a mismatch between intake and expenditure of energy. “There was a 42.3% increase in overweight / obese women in Oman between 1980-2013. At a BMI of 30 compared to 23, obesity increases the risk of diabetes by 10 fold in men and 30 fold in women,” he says.
While unhealthy eating and inactivity results in obesity, there are many other reasons proposed to result in higher chance of developing diabetes which includes reduced hours of sleep at night (less than 7 hours).
“If one has a family history of diabetes, it puts that individual at a higher risk. Remember, genetics is not fully responsible. Our lifestyle also is to be blamed. Compare it to a loaded gun where the bullets represent your genetic makeup. Your lifestyle is the trigger and whether you want to fire or not is entirely up to you,” he adds.
While sedentary lifestyles coupled with sugary, salty and fatty diets rich in refined carbohydrates are driving the epidemic, there are individual steps that we can, and must take. Talking about the preventions Dr Praveen lists the following precautions that one can take individually.
• Maintain a healthy weight.
• Be active and exercise regularly.
• Stop smoking.
• Eat healthy food and watch the calories we consume.
• Your breakfast is the most important meal of the day and make sure you eat a healthy one. Don’t skip it.
• Sleep for at least seven hours at night.
• If you are overweight especially with a family history of diabetes get tested to check if you have pre-diabetes.
While early detection and strict adherence to management strategies are essential to limiting diabetes-related complications, Dr Praveen says that the treatment of diabetes can be compared to the four legs of a chair. All the four are required for stability in treatment. They are:
1. Diet control
2. Exercise
3. Medications which include tablets, insulin, and non insulin injectable preparations
4. Diabetes self management education (DSME), to understand why one has diabetes, the reasons why control is important and the treatment modalities.
Highlighting the importance of diet, Dr Praveen feels that “control forms a core aspect of the treatment in diabetes. It is infact called medical nutrition therapy (MNT) where a customised diet based on your weight, physical needs and choices are recommended by a registered dietitian. The time and composition of meals we consume will reflect on our glucose control and weight. Fad diets which promise rapid weight loss are discouraged as it’s not considered healthy weight loss”. Remember, a diabetic diet is one that is balanced, nutritious, and tasty which is something that is good for you and your family as a whole.
Dr Praveen Jeyapathy, is diabetologist at Apollo Medical Centre Muscat