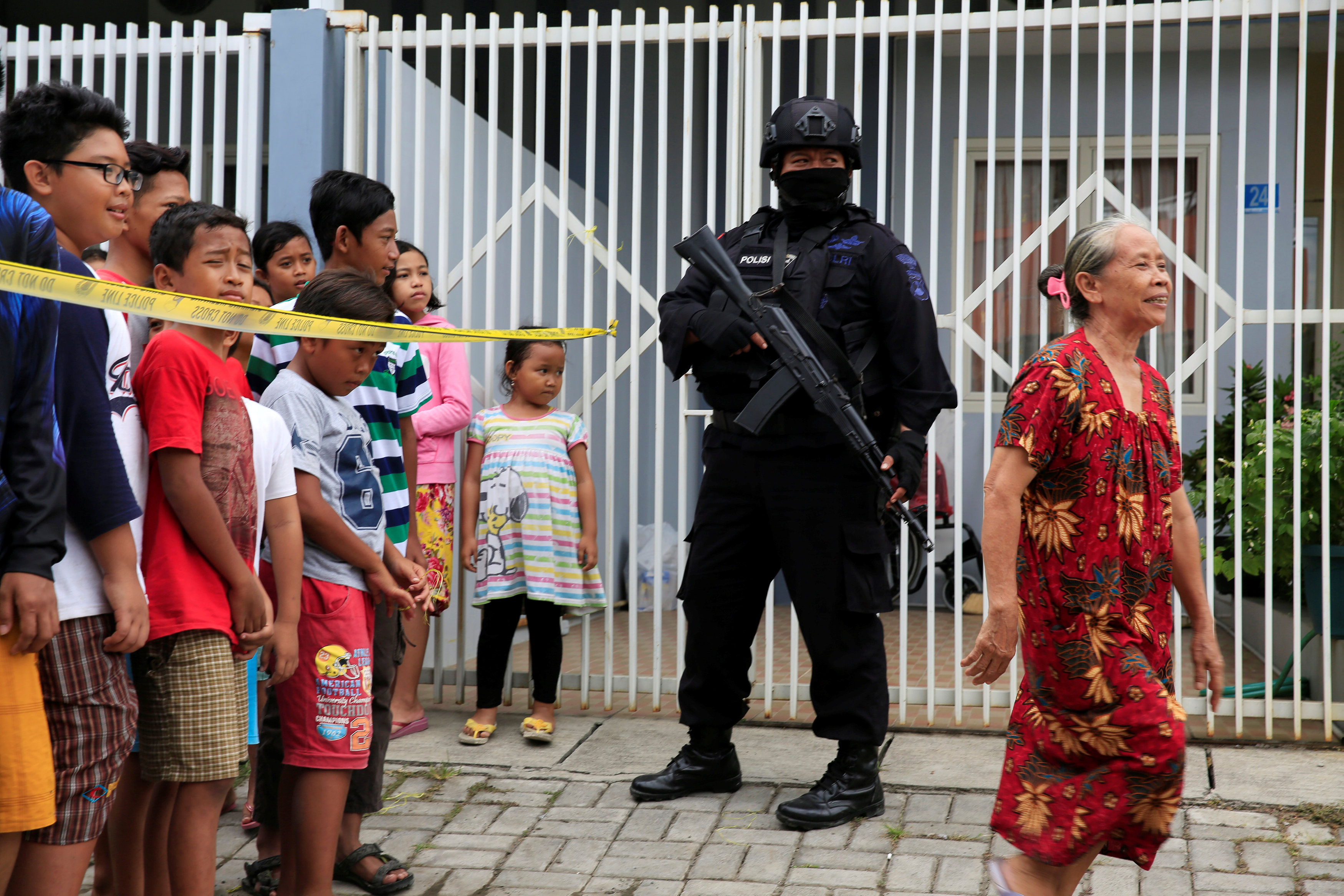 Surabaya (Indonesia): The parents of Indonesian children and young adults who took part in deadly suicide bombings in Surabaya had isolated them within a tightly knit circle of militants, police said on Tuesday.
A family of six killed at least 13 people, including themselves, by bombing three churches in Surabaya on Sunday in the worst militant attack in the world's biggest Muslim-majority country since the bombing of restaurants in Bali in 2005.
On Monday, another militant family of five riding two motorbikes blew themselves up at a police checkpoint in the city, wounding 10 people and killing four of the family and two others. An eight-year-old daughter survived.
"These children have been indoctrinated by their parents. It seems they did not interact much with others," East Java Police Chief Machfud Arifin told reporters.
The eight-year-old daughter who survived did not have explosives strapped to her, but was thrown three metres (10 ft) into the air by the blast and was receiving intensive care in hospital, police said.
"She’s conscious. She will be accompanied by relatives and social workers when questioned by police," said Arifin.
Police in Sidoarjo, near Surabaya, recovered pipe bombs at an apartment where a blast on Sunday killed three members of a family alleged to have been making bombs.
Three children survived and in interviews with police described how they had interacted only with parents and adults of similar ideology.
Every Sunday evening they were made to attend a prayer circle with these adults, said Arifin, adding that the families behind the two sets of suicide attacks had attended.
Police said that the fathers of the families involved in the church bombing and the apartment in Sidoarjo where bombs were found were also friends.
After some major successes tackling militancy since 2001, there has been a resurgence in recent years, including in January 2016 when four suicide bombers and gunmen attacked a shopping area in the capital, Jakarta.
Police suspect the attacks on the churches were carried out by a cell of the IS-inspired group Jemaah Ansharut Daulah (JAD), an umbrella organisation on a US State Department terrorist list that is reckoned to have drawn hundreds of Indonesian sympathisers of IS militant group.
The family involved in those attacks lived in a middle class housing complex in the city and police said the father was the head of a local JAD cell.
"I think the family setting and the isolation from the outside world... were perfect settings for him to indoctrinate the rest of his family," said Alexander Raymond Arifianto, an Indonesia expert at Nanyang Technological University in Singapore.
Surabaya Mayor Tri Rismaharini was quoted as saying by news portal Tempo.co that one of the sons had also refused to attend flag raising ceremonies or go to classes on Indonesia's state ideology Pancasila, which enshrines religious diversity under an officially secular system.
Indonesian Vice President Jusuf Kalla urged the public to provide information that could help stop attacks.
"Please be the government’s eyes and ears so these things won't happen in the future," Kalla told a conference in Jakarta.
In all, around 30 people have been killed since Sunday in attacks, including 13 suspected perpetrators, police said.
Sidney Jones, of the Jakarta-based Institute for Policy Analysis of Conflict, said in a commentary for the Lowy Institute that the attacks showed how urgent it was for authorities to learn more about family networks.
"If three families can be involved in two days' worth of terrorist attacks in Surabaya, surely there are more ready to act," he said.