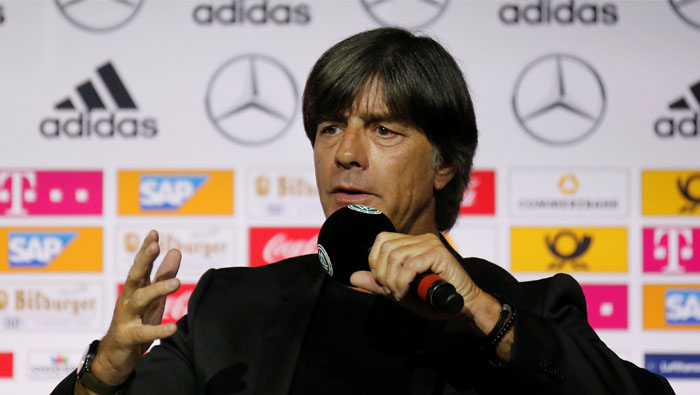 Dortmund (Germany): Germany coach Joachim Loew has agreed to extend his contract with the world champions to 2022, he said on Tuesday before the unveiling of his preliminary World Cup squad.
Loew, whose current deal runs out in 2020, has been in charge for 12 years and in 2014 led Germany to their fourth World Cup title.
"This is a big responsibility to continue developing players," the 58-year-old told reporters after German Football Association President Reinhard Grindel said they had agreed to extend their current deal by two more years.
"To work with the best players in Germany, then develop them and to make them better, to form a team that sets the highest goals, this is what drives and still gives me joy."
Loew has been in charge for 160 matches, winning 106, more than any other Germany coach.
He started out as assistant to Juergen Klinsmann after only limited coaching experience in club football.
Loew took over after the 2006 World Cup in Germany and has led his country to at least the semi-finals in all of the five major tournaments for which he has been at the helm.
"We did not need long to get a conclusion," Grindel said.
"We will extend the contract of Joachim Loew and the entire training team until 2022."
Germany will face Mexico, Sweden and South Korea in Group F at next month's World Cup in Russia.