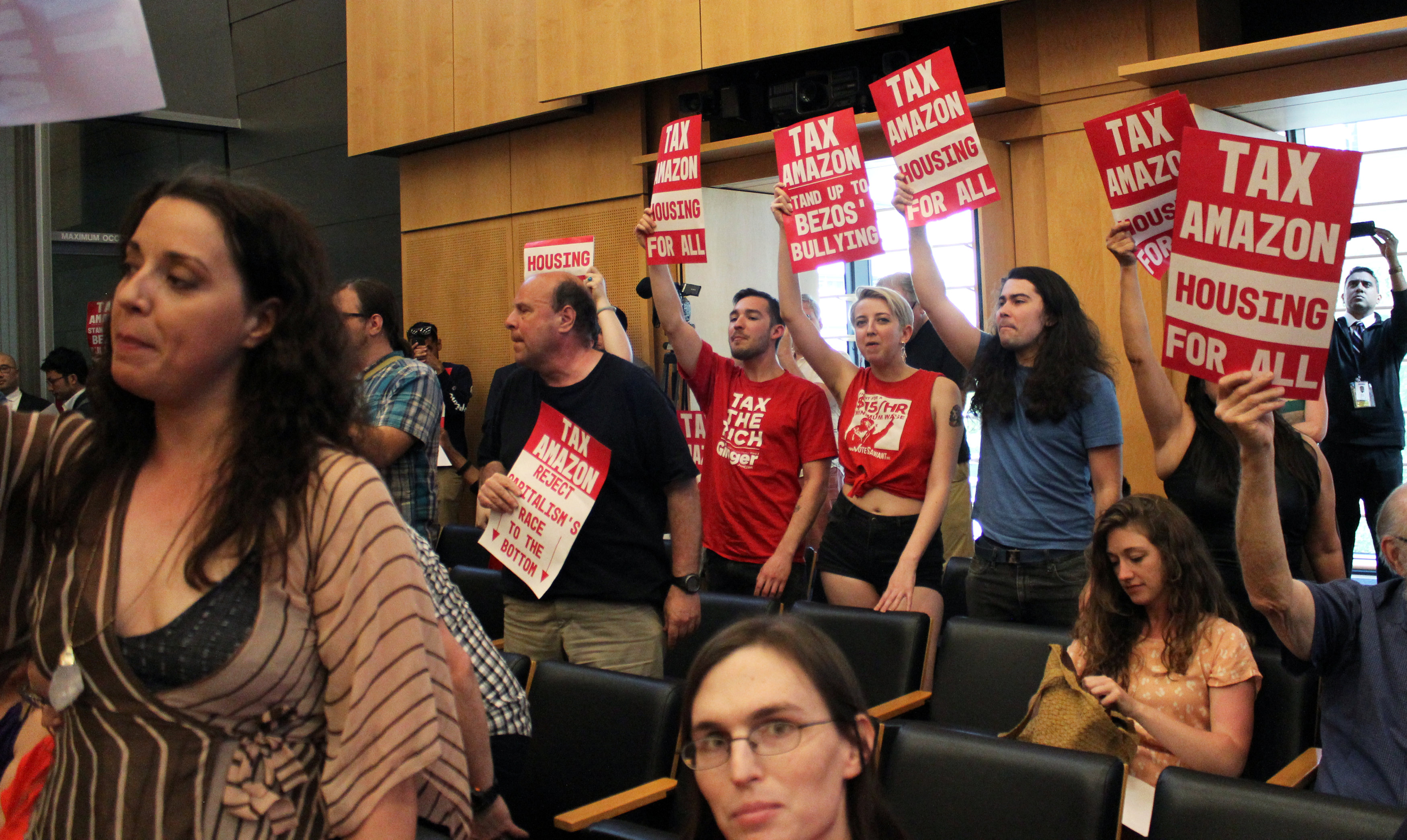 Seattle: Seattle's city council on Monday approved a new tax for the city's biggest companies, including Amazon.com Inc, to combat a housing crisis attributed in part to a local economic boom that has driven up real estate costs at the expense of the working class.
Amazon, the city's largest employer, said after the vote that it would go ahead with planning for a major downtown office building that it earlier had put on hold over its objections to a much stiffer tax plan originally proposed.
The tax measure, passed on a 9-0 vote after a boisterous public hearing, would apply to most companies grossing at least $20 million a year, levying a tax of roughly 14 cents per employee per hour worked within the city.
That formula is designed to raise $45 million to $49 million a year over the five-year life of the tax - down from an original $75 million annually - to support affordable housing and more services for the homeless.
Amazon had led private-sector opposition to the plan, saying earlier this month it was freezing expansion planning for Seattle pending the outcome of Monday's action. The move by the world's largest online retailer, owned by billionaire entrepreneur Jeff Bezos, put in question more than 7,000 new jobs.
Following the council vote, Amazon's vice president, Drew Herdener, said the company has resumed construction planning for its so-called Block 18 project in downtown Seattle, following the pause it announced two weeks ago.
However, he added, "We remain very apprehensive about the future created by the council's hostile approach and rhetoric toward larger businesses, which forces us to question our growth here."
Amazon said it is still evaluating whether to sub-lease space in a second future office tower in Seattle, a project called Rainier Square, meaning it may move some planned jobs elsewhere and thus avoid further raising its tax liability.
Sponsors of the proposed tax said Seattle's biggest-earning businesses should bear some burden for easing a shortage in low-cost housing that they helped create by driving up real estate prices to the point where the working poor and many middle-class families can no longer afford to live in the city.
Mayor Jenny Durkan, who expressed concern that the original proposal would lead to an economic backlash, had offered an amendment to essentially cut the council committee's $75 million proposal in half, but her proposal was rejected.
Council members then negotiated over the weekend to craft a compromise that would gain greater support and was certain to win a veto-proof majority.