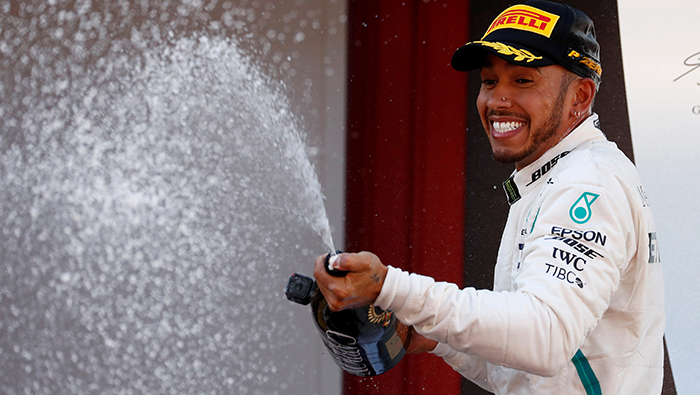 London: Mercedes have offered an explanation for the delay in signing a fresh contract with Lewis Hamilton by saying both parties wanted to focus on improving the Formula One team's car.
The four times world champion and Mercedes have been talking about a lucrative new deal since last year, with regular assurances that it is on the point of being signed.
Despite talk of having something done before the start of the season in March, five races have gone by and there is still no announcement.
The Briton is otherwise out of contract at the end of the season.
"Obviously we don’t want to lose him and I don’t think he wants to go anywhere else. Everything’s going fine," team boss Toto Wolff told reporters at last weekend's Spanish Grand Prix in Barcelona.
"There’s no reason why we shouldn’t be racing with each other for a few more years. We had other priorities in the last few weeks. We weren’t happy with our car’s performance and we needed to sort it out.
"And finalising a contract is something you need to involve yourself in and spend time and we both decided that we’d park it for a minute where we were. But it’s almost all sorted and we’ll pick it up at the right time," added the Austrian.
Hamilton started the season with pole position in Melbourne but Ferrari won the first two races.
Australian Daniel Ricciardo then put Red Bull on top of the podium in China, dealing Mercedes their third straight defeat for the first time in the V6 turbo hybrid era that started in 2014.
Mercedes have won both titles for the past four seasons.
Sunday's race at the Circuit de Catalunya was something of a reset, with Hamilton taking his second successive win -- after Azerbaijan -- to stretch his championship lead to 17 points.
Mercedes also returned to the top of the constructors' standings with their first one-two finish of the year and Hamilton finally felt at one with the car.
Asked about contract talks, Hamilton said. "We've had all the bosses here and there is not a single person in the team, or at least the hierarchy of the team, that has any concerns as far as I am aware".
"We do talk about it and we are not really far away from finishing things so it will happen hopefully in the near future."