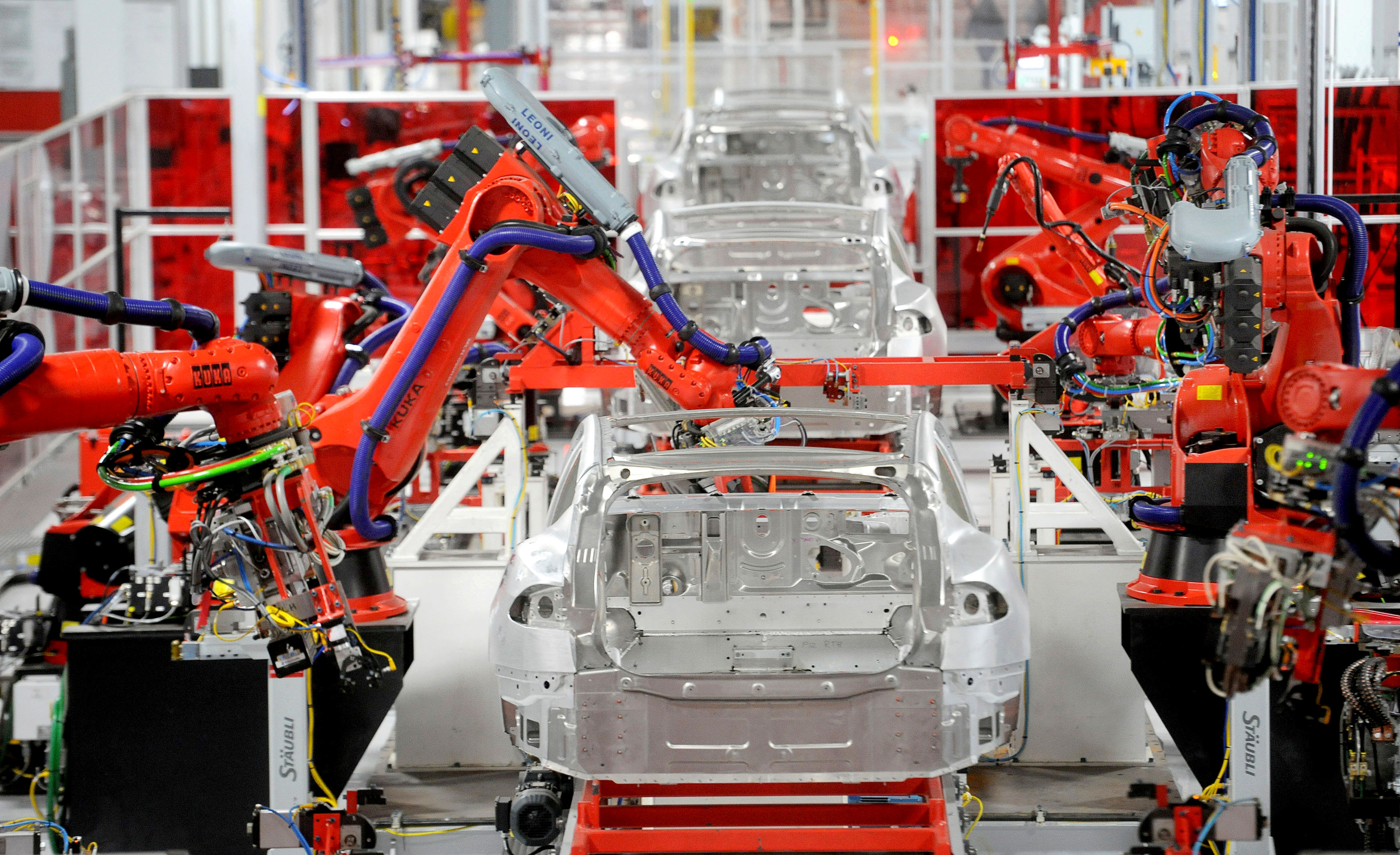 Washington: Tesla Inc chief Elon Musk told employees on Monday the company was undergoing a "thorough reorganisation" as it contends with production problems, senior staff departures and recent crashes involving its electric cars.
In his email to staff, Musk said Tesla was "flattening the management structure to improve communication," combining functions and trimming activities "not vital to the success of our mission" in the reorganisation.
The company confirmed the contents of the email, which was first reported on by the Wall Street Journal.
Tesla is at a critical juncture as it tries to fix an inauspicious launch of the Model 3 sedan, a mid-market car crucial to its success and future profitability that has been plagued by early production problems.
Tesla shares fell 3 per cent to close at $291.97 on Monday.
Amid the manufacturing problems, senior Tesla executives have departed or cut back work. Waymo, Alphabet Inc's self-driving unit, said on Sunday that Matthew Schwall had joined from Tesla, where he was its main technical contact with US safety investigators.
Last week, Tesla said Doug Field, senior vice president of engineering, was taking time off to recharge.
The company is developing multiple new vehicles, including a semi truck, and has registered a new car firm in Shanghai in a likely step toward production in China.
On a May 2 earnings call, Musk said Tesla would conduct "a reorganisation restructuring" this month, without providing more details.
He added that he would reduce the number of third-party contracting companies engaged by Tesla, equating them with "barnacles" needing to be scrubbed off.
Tesla will still rapidly hire people to fill critical positions "to support the Model 3 production ramp and future product development," Musk said in Monday's email.
Tesla faces a slew of other issues, from increased skepticism over its finances to safety probes by regulators.
Investors gave a rare rebuke to Musk after he cut off financial analysts on the earnings call, sending shares down 5 per cent despite promises that Model 3 production was on track.
The company changed the terms of its borrowing agreement with banks to allow it to pledge its Fremont, California, auto plant as collateral.
A US traffic safety regulator on May 2 contradicted Tesla's claim that the agency had found that its Autopilot technology significantly reduced crashes.
Autopilot, a form of advanced cruise control, handles some driving tasks and warns those behind the wheel they are always responsible for the vehicle's safe operation, Tesla has said.
In a Twitter post on Monday, Musk denied a Wall Street Journal report that Tesla had rejected a system that would have tracked driver eye movement when using Autopilot for cost reasons.
"This is false," Musk wrote. "Eyetracking rejected for being ineffective, not for cost. WSJ fails to mention that Tesla is safest car on road, which would make article ridiculous. Approx 4X better than avg," Musk said. He said Tesla's record of a fatality every 320 million miles compared with last year's national average of 86 million miles, per safety regulators.
Tesla's record of miles driven could not be confirmed by Reuters.
In another Twitter message on Monday, Musk said the "probability of fatality is much lower in a Tesla," saying Tesla would begin reporting safety numbers beginning in the second quarter.
On Monday, firefighters in Switzerland said a fatal accident involving a Tesla may have set off a fire in the car's battery. It was the latest accident involving a Tesla.
A Tesla Model S sedan was traveling at 60 miles (97 km) per hour when it smashed into a fire truck stopped at a red light about 20 miles south of Salt Lake City, Utah, on Friday night, according to police.
Police said on Monday that the driver, who suffered a broken ankle, said she had been using Autopilot before the crash.
The National Transportation Safety Board said it was not investigating the Utah crash.
Tesla said it had not yet received car data and did not yet know the facts, including whether Autopilot was engaged.
The NTSB said last week it was investigating a Tesla accident in Fort Lauderdale, Florida, on May 8 that killed two teenagers and injured another - the agency's fourth active probe into crashes of the company's electric vehicles.