Vodafone weighs on Britain's FTSE after CEO steps down 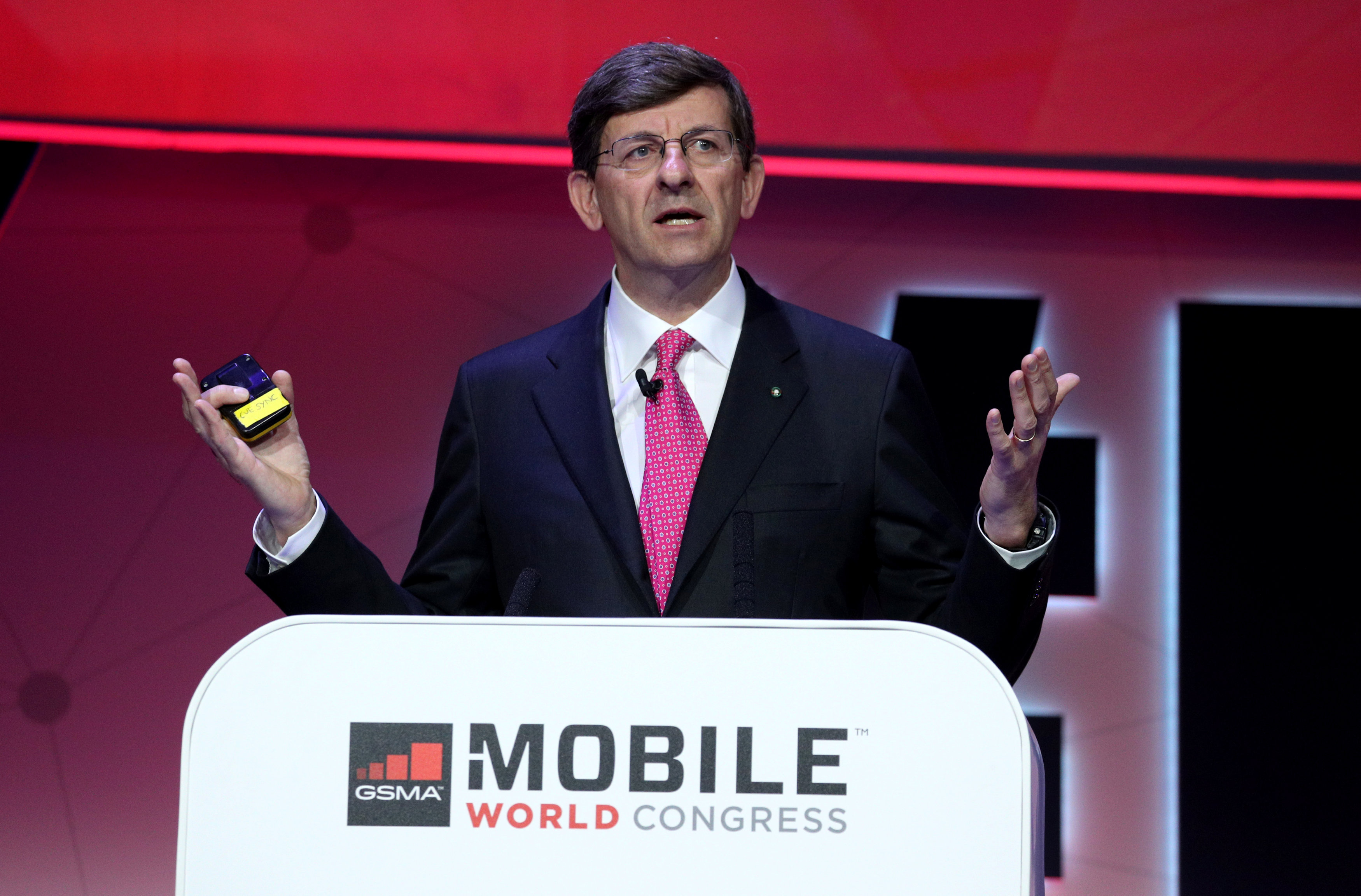 London: The announcement of the departure of Vodafone's boss later this year hit shares in the world's second largest mobile operator and held back Britain's leading stocks index on Tuesday morning.
Data showing the UK jobless rate was steady at 4.2 per cent and that wage growth slowed as expected in April had little impact.
The FTSE blue-chip benchmark was broadly flat by 0840 GMT while Vodafone shares, index heavyweights, were the worst performer with a 2.5 per cent fall.
Vodafone, which also announced its full-year results, said CEO Vittorio Colao, who spent 10 years reshaping the group into a digital communications powerhouse would be replaced by its current finance director.
"With positive results across the board, one would expect markets to react by buying the shares, and yet investors are clearly taking a dimmer view about the company's prospects with the CEO of 10 years on his way out", said Accendo Markets analyst Artjom Hatsaturjants.
"After 10 years of stability under Colao, Vodafone is potentially setting sail into uncharted waters," Hatsaturjants added.
Corporate updates from Easyjet and Taylor Wimpey prompted steep rises in the shares of the British low-cost airline and builder, up 2.9 per cent and 2.8 per cent respectively.
EasyJet reported strong first-half results and said it would expand its holiday business while Taylor Wimpey raised its ordinary dividend and said it would pay a special pay-out of £350 million in 2019.
Shares in Land Securities dipped about 1 per cent as Britain's largest listed property developer posted a slight fall in full-year adjusted net asset value per share.
The British banking sector also posted gains mirroring lenders across Europe after strong results from Austria's Raiffeisen Bank and quarterly pre-tax profit ahead of analysts' expectations from Commerzbank
There were losses however for Britain's CYBG, down 6.1 per cent after it reported a loss of £76 million for the first half of the year on Tuesday and gave no update on its bid for Virgin Money. The latter fell 5 per cent.
Amid smaller companies, Northgate surged above 10 per cent after it said full-year profits would be in line with guidance.