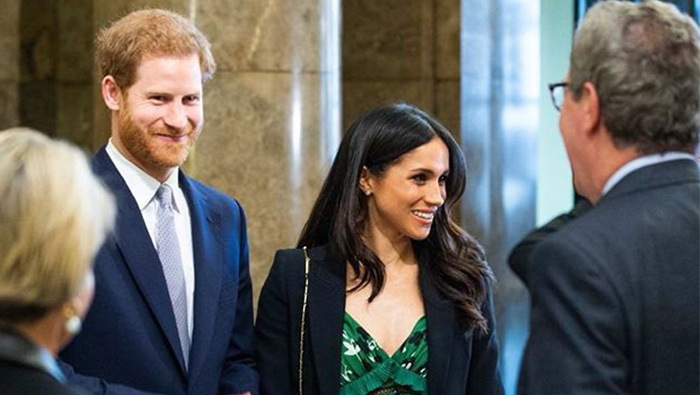 London: Prince Harry and his fiancee Meghan Markle asked for "understanding" for the father of the American actress after the U.S. celebrity news site TMZ reported on Monday he would not attend the couple's glittering wedding in Britain this weekend.
TMZ said Thomas Markle had decided not to attend the marriage of his daughter to the prince, who is Queen Elizabeth's grandson, because he did not wish to embarrass the royals after media reports that he had staged paparazzi photographs.
"This is a deeply personal moment for Ms Markle in the days before her wedding," Kensington Palace said in a statement.
"She and Prince Harry ask again for understanding and respect to be extended to Mr Markle in this difficult situation."
A spokeswoman for the prince declined to comment directly on the report or to say whether the statement meant Markle's father would be at the wedding.
Markle had been due to walk his daughter down the aisle at St George's Chapel in Windsor Castle, the queen's home to the west of London, at a ceremony which will be attended by Britain's royals and celebrities, and in the glare of the world's media.
He had also been expected to meet the queen, her husband and the other senior members of the Windsor family this week.
However, Britain's Mail on Sunday reported that Markle had agreed to stage pictures with a photographer ahead of his trip and the images had been sold to media for more than $100,000.
TMZ said it had spoken to Markle and that he had said a paparazzi agency had approached him and offered him money, although the sum was not close to the reported figure.
He said he had agreed to the pictures because he hoped they would improve his image as previous paparazzi snaps had shown him buying beer and looking dishevelled, TMZ said.
The website also said Markle had revealed he had suffered a heart attack six days ago but had checked himself out of hospital in order to attend the wedding.
Markle's parents are divorced and while Harry has been pictured with her mother Doria Ragland, there had been speculation about what role her 73-year-old father, a former lighting director for TV soaps and sitcoms, would have.
Harry's Communications Secretary told reporters last week that both parents would fly over from the United States this week and would play important roles on the couple's big day.
Earlier on Monday, Kensington Palace said the bride-to-be and her mother would be staying at a luxurious hotel near Windsor the night before the ceremony. They are due to travel to the chapel together on Saturday.