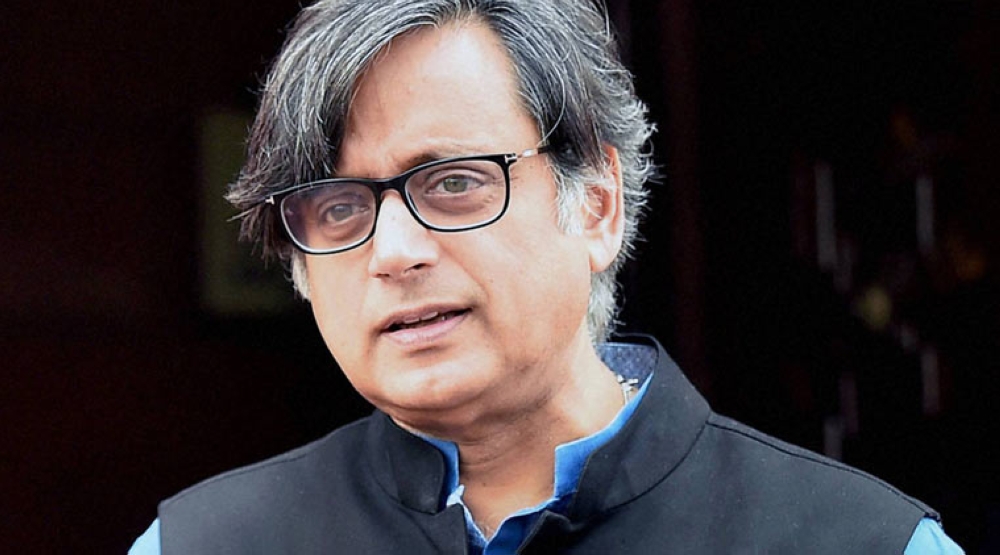 Muscat: Indian Member of Parliament Shashi Tharoor has taken to Twitter to vehemently protest his innocence, after he was charged with aiding the suicide of his late wife, Sunanda Pushkar.
Tharoor tweeted: "I have taken note of the filing of this preposterous charge sheet &intend to contest it vigorously. No one who knew Sunanda believes she would ever have committed suicide, let alone abetment on my part. If this is conclusion arrived at after 4+ yrs of investigation.
"It does not speak well of the methods or motivations of the Delhi Police," he added. “In Oct 17 [sic], the Law Officer made a statement in the Delhi High Court that they have not found anything against anyone & now in 6 months they say that I have abetted a suicide. Unbelievable!”
According to reports in Indian media, Delhi Police have filed a chargesheet against Tharoor under section 306 and 498A of the Indian Penal Code, which covers abetment to suicide and cruelty to one's spouse. Pushkar was found dead in suite number 345 of the Leela Hotel four years ago, on January 17, 2014.
Tharoor, 62, who is the Congress MP for the Thiruvananthapuram district in Kerala, was previously Under Secretary General of the United Nations for Communications and Public Information from June 2002 to February 2007.
He was then Minister for External Affairs from May 2009 to April 2010, after which he became Minister of State for Human Resource Development in the Indian government. He is currently a Member of Parliament for the Lok Sabha, the central government’s lower house.