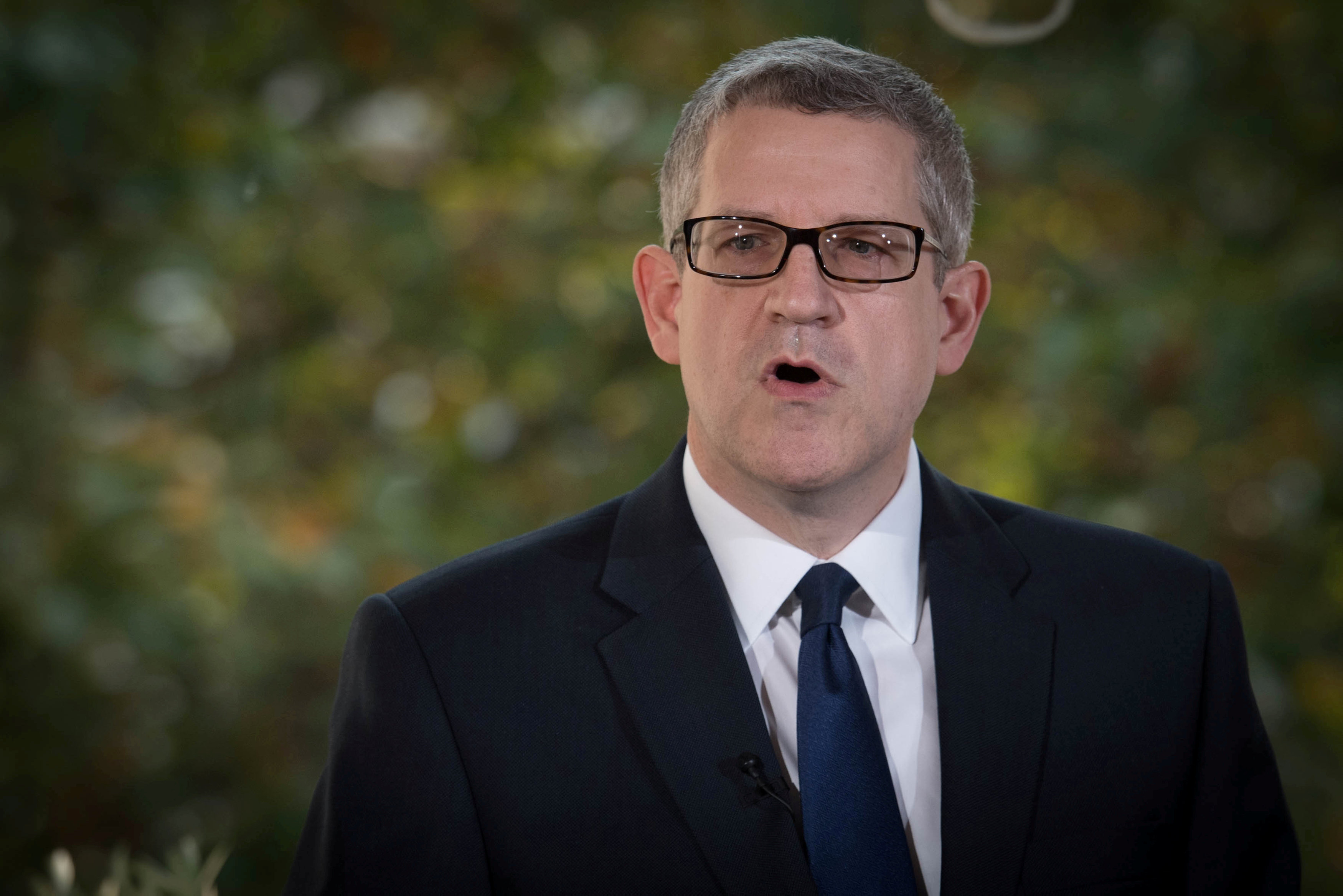 London: Britain and the European Union must build a close security partnership after Brexit to foil IS militant attacks and counter Russia's malign attempts to subvert Western democracies, the head of Britain's domestic spy agency said.
Britain, as Europe's preeminent intelligence power, is seeking a new security pact with the bloc to ensure it gets continued access to secrets from major EU countries as it seeks to clinch a broader Brexit deal.
In the first public speech outside Britain by a serving head of MI5, Andrew Parker will tell an event in Berlin hosted by Germany's BfV domestic intelligence service that IS militants are plotting "devastating and more complex attacks."
"European intelligence cooperation today is simply unrecognisable to what it looked like five years ago," MI5 Director General Parker will say on Monday, according to excerpts of his speech made available to Reuters.
"In today's uncertain world, we need that shared strength more than ever," Parker, who gives very few public speeches, will say.
Britain suffered four deadly militant attacks last year that killed 36 people, the deadliest spate since the London "7/7” bombings of July 2005.
In March, a man killed five people after driving a into pedestrians on Westminster Bridge in London before stabbing a policeman to death outside parliament.
That was followed by a suicide bombing at a pop concert in Manchester which killed 22, and the following month eight people died after three militants drove into pedestrians on London Bridge and stabbed people at nearby restaurants and bars.
Two weeks later a van was driven into worshippers near a London mosque which left one man dead.
Speaking ahead of the May 22 anniversary of the Manchester bombing, Parker said that 12 plots had been thwarted since the Westminster attack, bringing the total number of disrupted attacks since 2013 to 25.
He praised the Counter-Terrorism Group (CTG), which groups all 28 European Union countries, Switzerland and Norway, for its exchange of intelligence.
MI5, established in 1909 to counter German espionage ahead of World War I, is tasked with protecting British national security and so takes the lead, along with the police, in countering militant attacks.
Beside the threat from IS in Syria and Iraq, Parker pointed to Russia as a hostile state which was trying to carry out "aggressive and pernicious actions" with its military and intelligence services.
Britain blames Russia for the poisoning of Sergei Skripal, a former colonel in Russian military intelligence who betrayed dozens of agents to Britain’s MI6 foreign spy service, and his daughter Yulia who were both found unconscious on a bench in the cathedral city of Salisbury on March 4.
Britain said the Skripals were attacked with a military-grade nerve agent from the Novichok group of poisons, developed by the Soviet Union in the 1970s and 80s.
Moscow denied any involvement in the first known use of an offensive nerve agent on European soil since World War II, though the attack sparked the biggest Western expulsion of Russian diplomats since the height of the Cold War.
Parker accused the Kremlin of "flagrant breaches of international rules” and said the attack on the Skripals was an example of Russia's malign activities that risked turning the country into an "isolated pariah".
Russian officials suggested Britain had carried out the attack to stoke anti-Russian hysteria.
Russia, he said, had sought to deploy an unprecedented level of disinformation following the attack.
The West, he said, should "shine a light through the fog of lies, half-truths and obfuscation that pours out of Russia's propaganda machine."