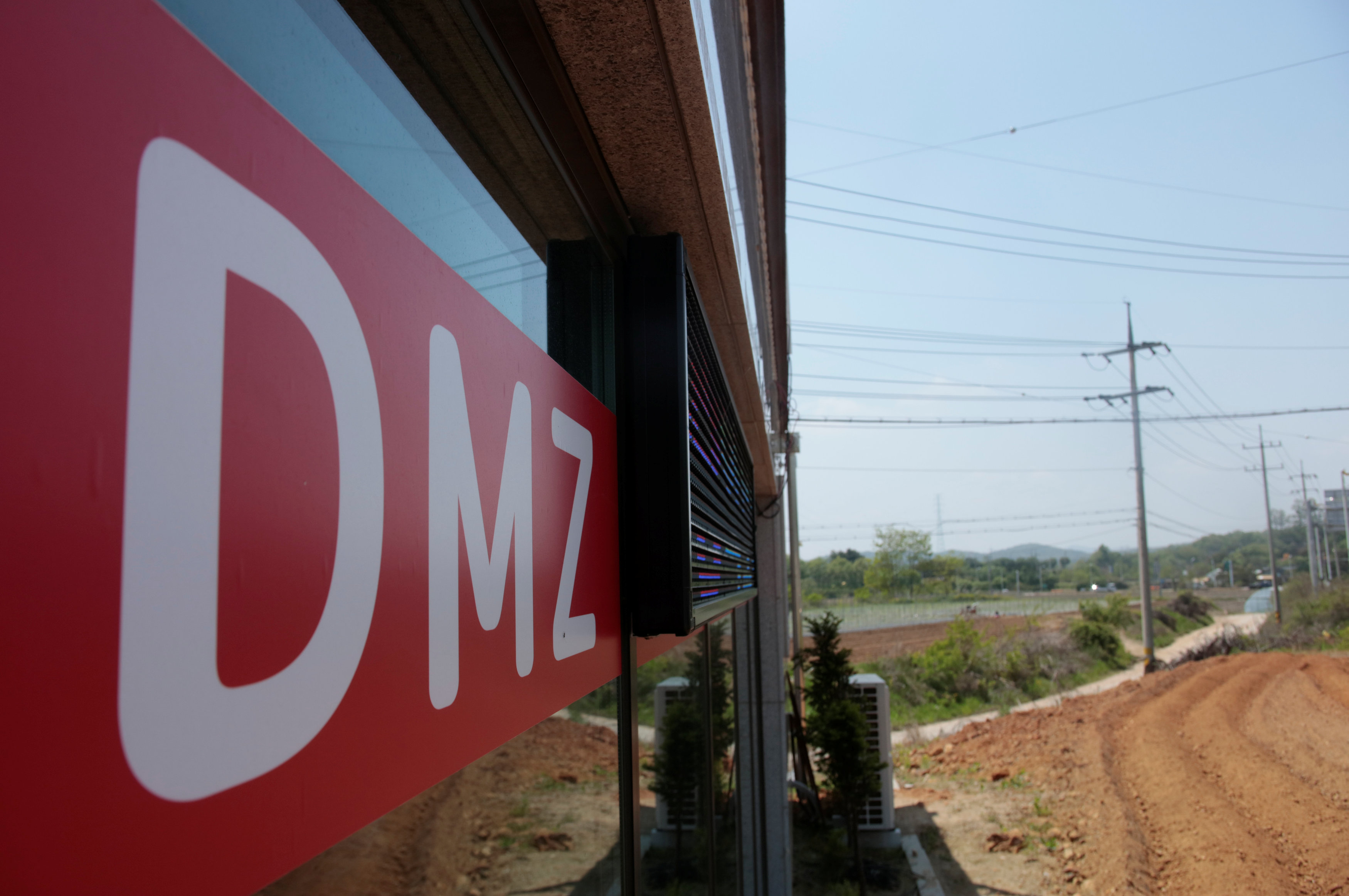 Seoul: Forget Seoul's posh Gangnam district.
With North Korea pledging to reduce tensions and renew ties with its southern neighbour, South Korea's hottest property market is now along the heavily fortified border between the two countries.
Demand for property in small towns and sparsely populated rural areas around the Demilitarised Zone (DMZ) is surging on expectations of an influx of people and investment.
Kang Sung-wook, a 37-year old dentist in the South Korean border city of Paju, has bought eight separate lots of land in and around the DMZ since mid-March.
Five were purchased without ever setting foot on them, using only Google Earth satellite photos and maps, as areas inside the DMZ cannot not be accessed by the public.
Kang said buying interest jumped so sharply as relations between the former foes improved that he needed to move fast.
"I was out looking since North Korea-US summit news was announced in March, and it looked like all the good ones were gone already," said Kang. "I realized then that the market was on fire."
His investment along the border now totals 3 billion won ($2.8 million) for 49 acres (20 hectares) of land.
For decades, the DMZ has been a different kind of hot spot, the scene of sometimes deadly military provocations and daring defections from the North.
The zone, dotted with guard posts and strung with razor wire, was established after the 1950-1953 Korean War. The two Koreas still don't officially recognise each other and remain in a technical state of war because the conflict ended in a truce, not a peace agreement.
Over a million landmines were laid in border areas including the DMZ and the Civilian Control Zone in the South, said Jeong In-cheol, a landmine expert at National Park Conservation Network.
But while public access is restricted, land within the 2km (1.2 mile) wide South Korean side of the DMZ and other border areas can still be purchased and registered.
Land transactions in Paju, gateway to the United Nations truce village of Panmunjom, more than doubled in March to 4,628 from February, government data shows. That far outstripped better known markets such as trendy Gangnam, where volumes were up just 9 per cent.
In the settlement of Jangdan-myun, home to Dorasan Station - the last railway stop south of the border - transaction volumes surged four-fold from a year earlier. Land prices there rose 17 per cent over the same period.
Kim Yoon-sik, a realtor with 25 years experience in Paju, says owners of the land in the DMZ include those who inherited farmland from ancestors in pre-Korean war days and some long term investors.
"With bids outnumbering offers, I often see sellers cancelling on preliminary contracts, it's that hot," Kim said.
The surge of activity along the border is not limited to South Korea or just real estate.
In the northeastern Chinese border city of Dandong, property investors are pushing up prices and even spurring buying interest inside North Korea.
At last month's historic inter-Korean summit at Panmunjom, North Korean leader Kim Jong Un and South Korean President Moon Jae-in pledged to reconnect railways and roads along the border, and transform the DMZ into a "peace zone".
China and South Korea have also agreed that if North Korea undertakes complete denuclearisation, it should be guaranteed economic aid. That could start with railway projects connecting China and South Korea through North Korea.
Shares of South Korea's construction and railway firms such as Hyundai Rotem and Seoam Machinery Industry Co have soared on hopes of such projects.
But South Korea has seen this kind of excitement before.
Border property prices spiked when former President Roh Moo-hyun met with North Korea's Kim Jong Il in 2007.
Prices then plummeted as ties deteriorated when the right-wing government of Lee Myung-bak took power a year later.
"For the past seven decades, the two Koreas have taken radically different paths," said Jhe Seong-ho, a law school professor at Seoul's Chung Ang University. "Deregulating of the border zones won't be a quick and smooth process even if there is an economic opening up of North Korea."
Much of the land within the DMZ is likely to remain restricted from any development for conservation purposes, a huge risk for investors, he added.
Hopes are high, however, with Kim set to meet US President Donald Trump in Singapore next month after his recent summit with Moon and two trips to China to meet President Xi Jinping.
"I have a firm belief that this time North Korea would pursue an open economy like Vietnam," Kang said. "Kim Jong Un wouldn't go everywhere and visit China twice if he was bluffing."