NAFTA math may not add up to more US auto jobs 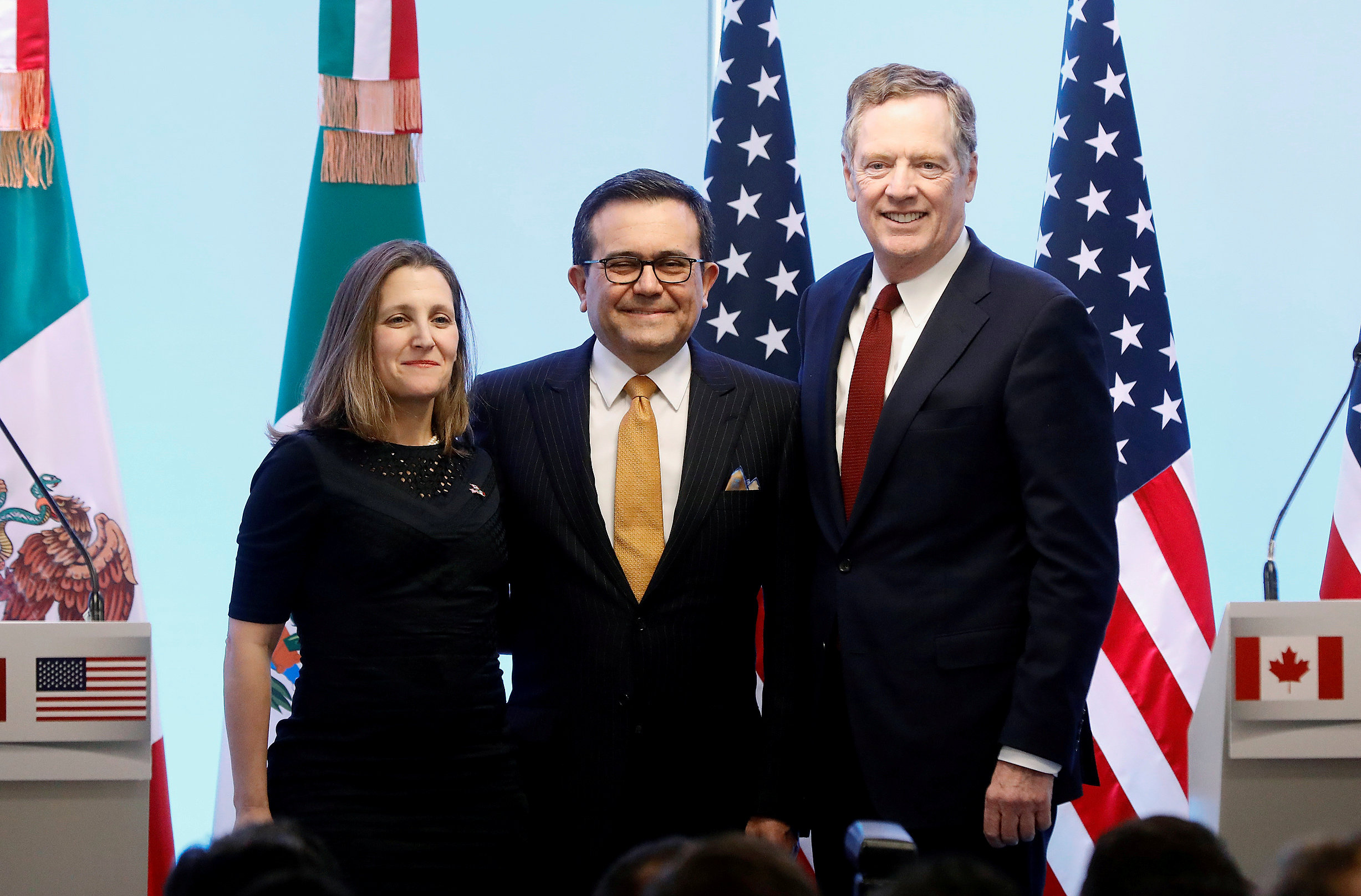 Detroit: Trump administration demands in NAFTA trade negotiations meant to push auto jobs back to the United States may not be enough to spark a shift in where automakers build cars and trucks.
New math to determine what qualifies as vehicle content, what limits apply to allow tariff-free auto imports and how long companies would have to comply under a new NAFTA agreement will likely not move the needle for Detroit automakers in particular, industry executives and supply chain experts said.
Automakers are unlikely to uproot billions of dollars of investments in plants and supply chains. And those that cannot comply with standards for passenger cars could simply pay tariffs of around $800 to $900 per vehicle and buy low-cost parts from Asia to offset the cost, industry experts said.
"Broadly speaking the (tariff) increase isn't big enough to make a wholesale change," said Mark Wakefield, head of the North American automotive practice for consultancy AlixPartners. "No one is likely to shut down an active factory in Mexico and build a new one to replace that in the US."
Tough US proposals on autos are meant to bring back US manufacturing jobs and central to the Trump administration's approach to renegotiating the North American Free Trade Agreement between Canada, Mexico and the United States.
General Motors Co, soon to be the only Detroit Three automaker building pickup trucks in Mexico, is confident it could comply with content requirements for trucks the United States proposes without shifting production, a person familiar with the company's plans said.
But GM's Mexican-made trucks already have a significant share of their value, such as engines, produced in the United States at United Auto Workers union-represented factories, and GM would get another boost if it is allowed to tally engineering done in Michigan.
GM is retooling a high-volume factory to build a new generation of large Chevrolet and GMC pickups in Silao, Mexico. Pickup trucks that do not have enough US or North American content under NAFTA rules could be hit with a crippling 25 per cent tariff.
Last year GM churned out more than 400,000 large pickup trucks from Silao, more than 40 per cent of its 2017 US pickup truck sales.
Fiat Chrysler Automobiles NV Chief Executive Sergio Marchionne said on Friday a revised treaty could prompt FCA to "redirect" some Mexican production but would not cause it to further dial back its presence in Mexico.
In January FCA had said it would shift production of heavy-duty pickup trucks from Mexico to Michigan in 2020 to reduce the profit risks should the United States pull out of NAFTA.
Senior US, Canadian and Mexican officials on Friday ended a week of talks without a deal to modernise NAFTA, agreeing instead to resume negotiations soon, ahead of a deadline next week.
The United States wants 40 per cent of the value of light-duty passenger vehicles and 45 per cent of a truck's content to be built at hourly wages of $16 to qualify for tariff-free import from Mexico.
Those demands are aimed at preserving relatively higher-wage US and Canadian production and pressuring Mexico's low auto wages.
Mexico wants 70 per cent of a vehicle's content to be made within North America, less than the 75 per cent US negotiators propose.
Automakers that do not comply with tougher US or North American content and wage rules, if adopted, could face 2.5 per cent tariffs on cars or sport utility vehicles shipped to the United States from Mexico. That may be a level of pain they can live with.
Automakers producing sedans, SUVs and crossovers in Mexico include Ford Motor Co, Toyota Motor Corp, Mazda Motor Corp, Nissan Motor Co Ltd, Honda Motor Co Ltd and Volkswagen AG.
The US proposal would allow automakers to count salaries for engineering, research, sales, software and product development jobs, a provision favoring Detroit automakers versus foreign brands.
And companies would have two, four or nine years to comply, depending on the specific condition involved.
Still, some automakers are more of a question mark, especially when it comes to trucks. Toyota plans to expand production in Mexico of its Tacoma pickup trucks, part of a realignment of its North American manufacturing that includes a new $1.6 billion assembly plant in Alabama.
It also makes Tacomas in San Antonio, Texas, so could in theory switch production. The automaker declined to comment.
And the Trump administration proposals could complicate matters for electric vehicles and self-driving cars automakers want to build in Mexico. The US proposals call for 75 per cent of an electric or autonomous vehicle's value to be made within North America to avoid tariffs.
Since much of those vehicle's value can come from batteries made overseas, that means automakers must make up for the content largely on the human side.
At nine years, electronic vehicles are subject to the longest period until they must comply.
"EVs and AVs have so much electronic content and there is no electronics industry here," said Kristin Dziczek of the Center for Automotive Research in Ann Arbor, Mich. "Nine years is not enough to build up an electronics industry to that scale."