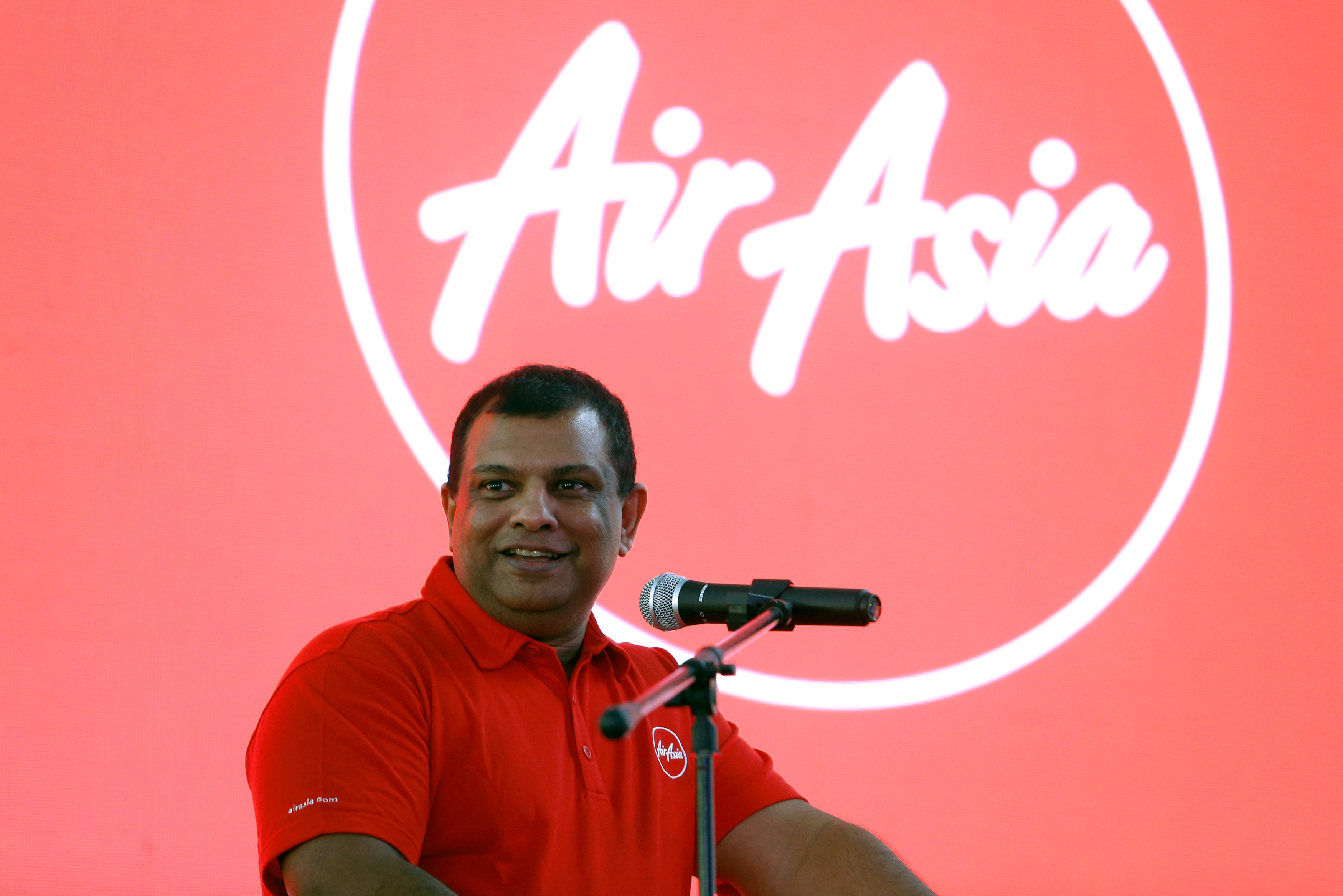 Kuala Lumpur: Shares in AirAsia Group Bhd fell as much as 10 per cent on Monday in the first trading session since Malaysia's election and after its chief Tony Fernandes apologised for endorsing former prime minister Najib Razak in the election.
Najib was ousted by former leader Mahathir Mohamad in a shock election result last week. Najib's Barisan Nasional coalition, which had governed Malaysia since independence in 1957, was booted out of power for the first time.
AirAsia has several airlines in various Asian countries but Malaysia, its home market, is its largest contributor to earnings. In a highly regulated industry where its main rival is state-owned Malaysia Airlines, it relies on government approvals to support its growth plans.
Two days before Wednesday's poll, Fernandes released a video praising Najib and the government's support of the low-cost airline he co-founded. Later that day, Najib posted photos of him and Fernandes standing in front of an AirAsia plane painted with a campaign slogan for Najib's coalition.
"I am sorry for what has gone on. I buckled at the crucial moment in our history," Fernandes said in a video released on Sunday. "It wasn't right and I will forever regret it."
AirAsia shares fell as much as 10 per cent on Monday but later recovered slightly, compared with a 0.9 per cent fall in the broader Malaysian index.
Fernandes said the video and campaign-themed livery was an effort to appease Najib's government after he came under "intense" pressure in the lead-up to elections for adding extra flights on polling day and refusing to fire a subsidiary's chairman who had expressed support for Mahathir.
AirAsia had announced extra flights and reduced fares to help voters return home to cast ballots.
Fernandes refused to fire Rafidah Aziz, a former minister who was campaigning for Mahathir's coalition, as the chairman of AirAsia X, the long-haul arm of AirAsia.
"As Rafidah's impact and popularity grew, the pressure grew exponentially. It was getting harder and harder to resist the pressure from the prime minister's office," he said.
Najib's aides could not be reached for comment.
AirAsia's decision to add more flights on election day added to the pressure from Najib's government, Fernandes said.
The government's challengers criticised the decision to hold the election on a Wednesday, charging that it was an effort to dampen voter turnout and make it harder for Malaysians living away from home, many of whom support the opposition, to vote.
"Within 24 hours, we were summoned by the (regulator) Malaysian Aviation Commission and told to cancel all those flights. That put us again under tremendous pressure," Fernandes said, adding that his airline had added 120 flights.
The Malaysian Aviation Commission said in a statement on its website that it considered Fernandes' claims to be "serious allegations" and it had launched an immediate investigation.