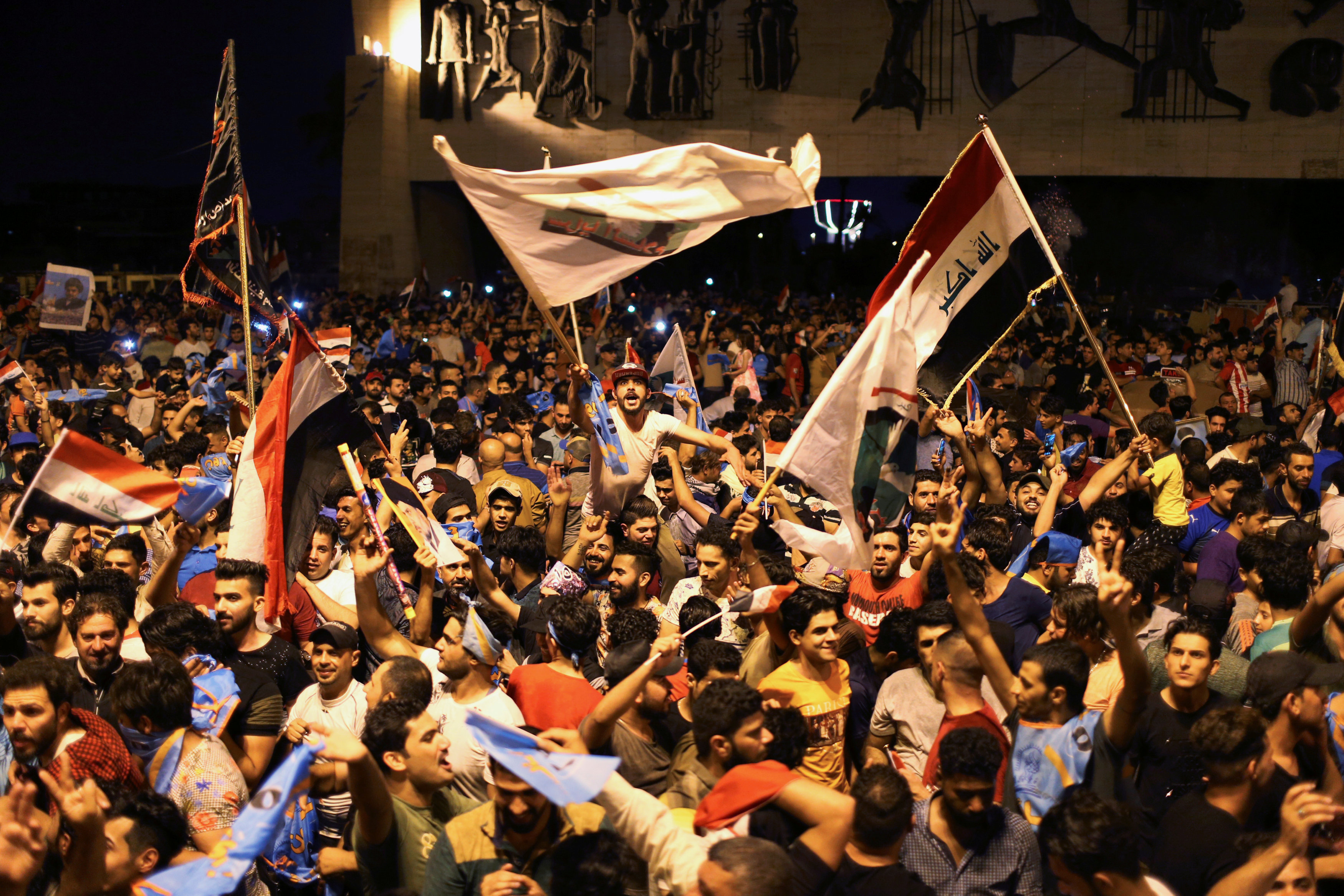 Baghdad: Powerful nationalist cleric Moqtada Al Sadr was leading in Iraq's parliamentary election with more than half the votes counted, the electoral commission said.
Shia militia chief Hadi Al Amiri's bloc was in second place, according to the count of more than 95 per cent of the votes cast in 10 of Iraq's 18 provinces.
The preliminary results are a setback for Prime Minister Haider Al Abadi who, despite entering the election as the apparent frontrunner, appeared to be running third.
Sadr's apparent victory does not mean his bloc could necessarily form the next government as whoever wins the most seats must negotiate a coalition government, expected to be formed within 90 days of the official results.
Security and commission sources had earlier said Abadi was leading the election, which was held on Saturday and is the first since the defeat of IS militant group in the country.
Turnout was 44.52 per cent with 92 per cent of votes counted, the Independent High Electoral Commission said - that was significantly lower than in previous elections. Full results are due to be officially announced later.
Sadr and Amiri both came in first in four of the 10 provinces where votes were counted, but the cleric's bloc won significantly more votes in the capital, Baghdad, which has the highest number of seats.
The commission did not announce how many seats each bloc had gained and said it would do so after announcing the results from the remaining provinces.
A document provided to Reuters by a candidate in Baghdad that was also circulating among journalists and analysts showed results from all 18 provinces.
Reuters could not independently verify the document's authenticity but the results in it for the 10 provinces announced by the electoral commission matched those of the commission.
Reuters calculations based on the document showed Sadr had won the nationwide popular vote with more than 1.3 million votes and gained 54 of parliament's 329 seats. He was followed by Amiri with more than 1.2 million votes, translating into 47 seats, and Abadi with more than 1 million votes and 42 seats.
Sadr will not become prime minister as he did not run in the election but his apparent victory puts him in a position to pick someone for the job. Winning the largest number of seats does not automatically guarantee that, however. The other winning blocs would have to agree on the nomination.
In a 2010 election, Vice President Ayad Allawi's group won the largest number of seats, albeit with a narrow margin, but he was blocked from becoming prime minister.
The same fate could befall Sadr. Iran has publicly stated it would not allow his bloc to govern.
"We will not allow liberals and communists to govern in Iraq," Ali Akbar Velayati, top adviser to the Islamic Republic's Supreme Leader Ayatollah Ali Khamenei, said in February.
His statement, which sparked criticism by Iraqi figures, was referring to the electoral alliance between Sadr, the Iraqi Communist Party and other secular groups who joined protests organised by Sadr in 2016 to press the government to see through a move to stem endemic corruption.
Sadr has a zealous following among the young, poor and dispossessed but had been sidelined by influential figures.
During the election campaign, frustrated Iraqis of all shades complained about their political elite’s systematic patronage, bad governance and corruption, saying they didn’t receive any benefits of their country’s oil wealth.
Iraq has been ranked among the world’s most corrupt countries, with high unemployment, rife poverty, weak public institutions and bad services despite high oil revenues for many years. Endemic corruption has eaten at the government’s financial resources.
Sadr derives much of his authority from his family. Sadr's father, highly respected Grand Ayatollah Mohammed Sadeq Al Sadr, was murdered in 1999 for defying Saddam Hussein. His father’s cousin, Mohammed Baqir, was killed by Saddam in 1980.
Celebrations erupted on the streets of Baghdad after the commission's announcement, with thousands of Sadr's supporters singing, chanting, dancing and setting off fireworks while carrying his picture and waving Iraqi flags.
"For the first time I can say congratulations to the leader and congratulations to the Iraqi people, congratulations on winning first place in Baghdad, and God willing we will be the first in Iraq," said Abbas Allawi, a candidate on the Sadr-backed Sairoon list.
Whoever wins the election will have to contend with the fallout from US President Donald Trump's decision to quit Iran's nuclear deal, a move Iraqis fear could turn their country into a theatre of conflict between Washington and Tehran.
Abadi, a British-educated engineer who came to power four years ago after IS seized a third of Iraq's territory, received US military support for Iraq's army to defeat the militant group even as he gave free rein to militias fighting on the same side.
He was viewed as a frontrunner before the election. If parliament chooses to grant him a second term, Abadi will remain under pressure to maintain that balancing act amid tensions between Washington and Tehran over the nuclear accord.
Abadi was seen by some Iraqis as lacking charisma and as ineffective. He had no powerful political machine of his own when he took office.
But the defeat of IS and Abadi's campaign to eradicate Iraq's rampant corruption improved his standing.
Amiri's Badr organisation played a key role in the battle against IS. But some Iraqis resent his close ties to Tehran. The dissident-turned-militia leader spent more than two decades fighting Saddam from exile in Iran.
The results unexpectedly showed former Prime Minister Nuri Al Maliki, who was touted as a serious challenger to Abadi, lagging behind.
Sadr portrays himself as an Iraqi nationalist and last year met Crown Prince Mohammed bin Salman of Saudi Arabia.