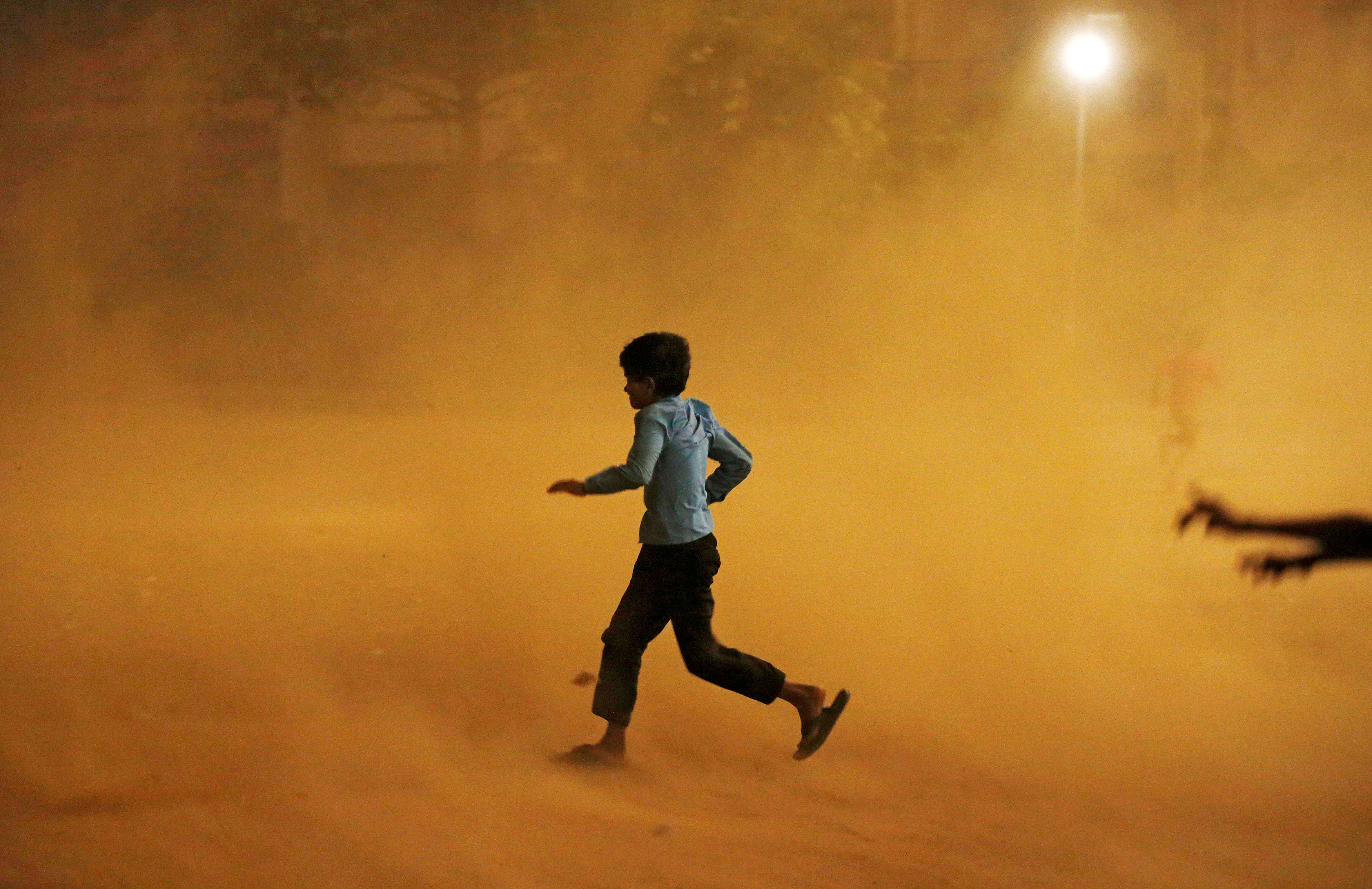 New Delhi: Severe storms were likely to hit northern India on Monday, the weather office warned, a day after at least 66 people were killed as unusually powerful dust storms, torrential rain and lightning battered large parts of the country.
Storm uprooted trees, knocked down power poles, grounded flights and disrupted trains across northern, eastern and southern states, including the capital, New Delhi, on Sunday evening.
Storms with strong winds were "very likely" in most parts of the northern state of Uttar Pradesh on Monday, India's most populous state, the India Meteorological Department said in its latest forecast.
Storms are common at this time of the year, the beginning of the rainy season in South Asia, but the severity of the weather this year, and the human cost, have been unusual.
At least 34 people were killed and 47 injured when thunderstorms swept Uttar Pradesh on Sunday, displacing hundreds of people, Sanjay Kumar, relief commissioner for the state, told Reuters by telephone from Lucknow, the state capital, adding that the casualty figures might rise.
Five people were killed in New Delhi and the surrounding region, largely due to falling trees, authorities said.
At least 11 people, including five children, were killed in the eastern state of West Bengal, said S. Suresh Kumar, principal secretary at the state disaster management department, while four people were killed in the eastern state of Odisha, said Prabhat Mohapatra, deputy special relief commissioner.
In Andhra Pradesh state in the south, at least 12 people were killed by lightning, said M.V. Sheshagiri Babu, the state's relief commissioner.
Prime Minister Narendra Modi said on a Twitter he had asked authorities to provide "all possible assistance" to the needy.
In New Delhi, the police were seen clearing streets of debris and fallen trees.
Hail and rain storms killed more than 78 people in northern and western India at the beginning of this month.