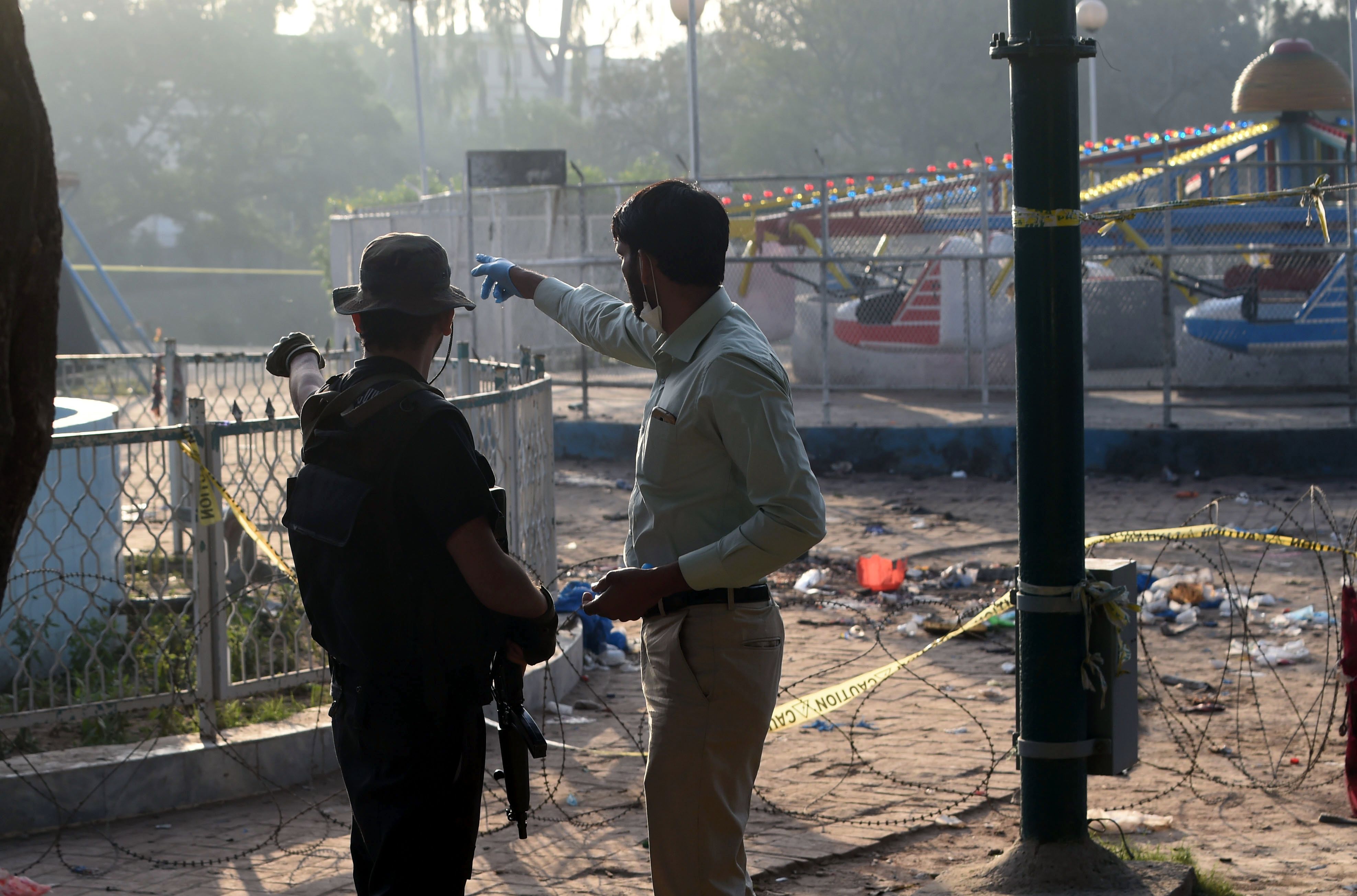 A flurry of developments recently — each perhaps, deserving of separate space for their own subject value — have dealt quite a blow to what had appeared to be a new emerging horizon of hope in Pakistan.
It’s hard to believe one has already seen the dusting of what had seemed like a new dawn after the government of Prime Minister Nawaz Sharif seemed to have developed a spine to finally execute Mumtaz Qadri, the assassin of Salmaan Taseer, a former Punjab province governor, for allegedly committing blasphemy.
Qadri, an elite force guard assigned to protect Taseer — who had called for amending the law that he felt was exploited to target members of the minority — instead pumped 28 bullets into him just after the-then governor had finished a meal in an upend Islamabad restaurant back in January 2011.
Qadri had since then remarkably staved off several attempts to march him off to the gallows, by exhausting all legal routes, and then some.
The intelligentsia had long given up hope that a self-confessed killer — involved in what was a decidedly open-and-shut case — would ever meet justice despite the death sentence against him being upheld by the higher judiciary because of the government’s apparent lily-livered approach — shy as it was of being at the receiving end of a religious backlash.
But at last even as the ruling Pakistan Muslim League-Nawaz (PML-N) creditably closed the door shut on the assassin, it has since struggled to cope with the frenzied reaction from the religious groups, who last week held the entire federal capital hostage whilst marking a religious memorial in Qadri’s memory.
Thousands of these zealous pro-Qadri activists breached the Red Zone of the federal capital that is off limit to the public for security reasons. For nearly four days, they occupied the vast space outside the national parliament, inciting hate speech and abusing and challenging the authorities to evict them.
It didn’t help that the Sharif government in its studied attempt to avert the worst, came across as palpably weak-kneed and dithering. At least that’s the image it unwittingly gave all those watching the spectacle unfold. For the while the pantomime lasted — the zealots conditioned their pullout on a set of demands for the government, that included amongst others, to officially recognise Qadri as a “martyr” and have the prison cell where he was hanged declared a national heritage site!
In the end, the Sharif government settled for a so-called seven-point agreement, but which predictably, was used as little more than a ruse to get the activists to quit the arena. Insiders however, suggest that towards the end, when the government was issuing deadlines for using force — most likely floated to merely scare off as many activists as possible into leaving — even the protest leaders had realised they had no chance taking on the might of the state machinery and, hence, were willing to call it a deal if the government just promised to free the activists it had arrested during their march on the famous D-Chowk next to the parliament.
But while Pakistan heaved a sigh of relief from the peaceful Islamabad exit, there was none to be had in the wake of the chilling suicide bombing in Lahore at a public park where some families had gathered to celebrate Easter last Sunday. It left the Sharif government, whose political fortress Pakistan’s cultural capital is, red-faced as reports emerged that the powerful military had swiftly launched a crackdown in the Punjab province on its own after months of holding back because Sharif was loathe to any move that showed him on a weak wicket on home turf and thereby compromise his political capital.
In the days to come, this may yet snowball into a major sticking point because the widely popular Army Chief General Raheel Sharif means business after publicly vowing to rid the country of terrorism on New Year’s eve and categorically, saying he would hang up his boots in the fall against the popular demand for him to be given an extension.
The general has led — and won critical acclaim for — a largely successful military operation to root out terrorism and extremism in the last nearly two years, but Punjab will be the litmus test.
Meanwhile, the arrest of a former Indian naval officer and a videotaped confession of his alleged damning involvement in subversive activities in Pakistan is bound to impact bilateral ties, which had thawed considerably in recent times despite the obstacles. There is both a domestic and international dimension to it which cannot be ignored and all this will require strong leadership to deal with it.
Last but not least, Pakistan is in the midst of a raging storm over the unraveling of its cricketing edifice, a saga that needs to be dealt with in detail the next time.

- The writer is a senior journalist based in Islamabad.