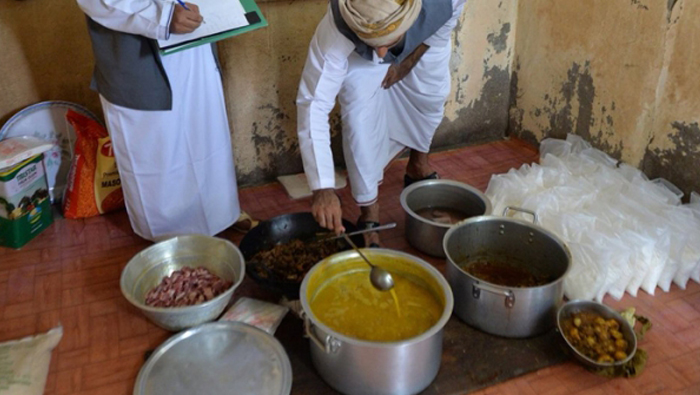 Muscat: The Muscat Municipality shut down more than five eateries a week in 2017 in a major drive to boost public health and keep residents safe, said a senior official speaking exclusively to the Times of Oman.
Qais Al Kushari, General Director of Health Affairs at the Muscat Municipality, said, “We recorded a total of 1,833 health violations at food-making facilities within the Muscat governorate last year, with 276 eateries shut down for their lack of commitment to health standards.”
“Authorities within the municipality’s food control departments have made great efforts to protect consumers through inspection campaigns in Muttrah Al Kubra, Seeb, Bausher, Al Amerat, and Quriyat,” he added.
Municipal authorities regularly conduct surprise inspections of food establishments, collect samples, and verify information detailed in customer complaints.
“During inspections, the municipality is looking to verify if food is stored, prepared and transported in full compliance with government health regulations,” Al Kushari said.
Between April 2017 and 2018, the municipality received 2,240 complaints against food-making establishments.
Al Kushari detailed how inspections are carried out by the municipality, with customer complaints regularly followed-up.
“In a sudden inspection, our first priority is to verify the medical status of all workers at the facility, ensure they are free of infectious diseases, and are in compliance with Sultanate of Oman’s food-handling laws and regulations. At that stage, we also seek to follow-up on complaints and tip-offs provided by customers to our Muscat Municipality Communications Centre (1111),” he said.
“Reports of food poisoning are rare, and if such a complaint is made, it is handled quickly with our specialists immediately dispatched to the eatery in question. Samples are taken and analysed within our food control departments,” Al Kushari added.
“These violations and notifications are dealt with by a team of inspectors, which is sent to the site to verify the authenticity of the complaint submitted by the customer.
“In cases where violations are proven, the establishment shall be prosecuted in accordance with the type of violation committed,” he further added.
Medical practitioners in Muscat have praised the municipality’s efforts to protect the public from food-borne illnesses.
Dr. Basheer AP, Head of Internal Medicine and Diabetology at Badr Al Sama Hospital in Ruwi, said, “I think it is the right decision, especially with summer right around the corner and the expected rise it will bring in food-borne illnesses. So, now is the right time to act because it is highly important that hotel workers, cafeterias, and restaurant workers maintain good hygiene.”
He added, “Cafeteria and restaurant workers should, in my opinion, be screened regularly for food-borne diseases. Additionally, if we have periodical training for them, I think many food-borne diseases can be avoided.”