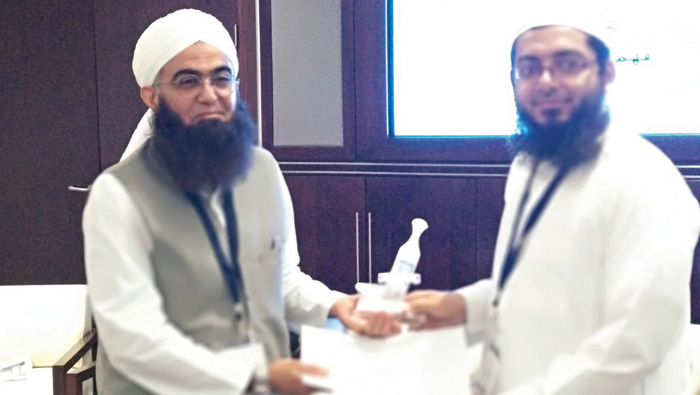 Muscat: The rapid commercialisation of the halal brand seen in recent years has led to difficulties in ensuring compliance, according to experts in the field.
Hamid Lateef, CEO of Fahm Ul Halal, a Pakistan-based company that provides consultancy services to companies that want to comply with standards that make their food products halal, said proliferation of the halal tag could lead to many products that don’t meet standards getting the certification.
He added that Oman faced many of the same challenges as the rest of the Muslim world in this regard.
Halal, which is Arabic for permissible, refers to what is lawful under the shariah or Islamic law. It refers to food that does not contain ingredients that are regarded impermissible.
This includes but is not limited to the lawful zabiha method of slaughtering animals.
Lateef said the recent global boom in the halal food industry was because the consumer was asking for halal products, which forced businesses to comply.
He added that sound and widely-accepted halal certification standards were the need of the hour. However, Lateef pointed out that commercialisation could lead to the emphasis moving away from compliance to the ease of doing business.
“The issue is that many ingredients that are not considered halal can make their way into the food that one eats. For example, if an auditor of a halal certification body misinterprets and misses one or more such ingredients, then you would be taking non-compliant foods to Muslim consumers. This would be most damaging to the halal brand,” he said.
“Inclusion of whey powder, genetically modified organisms, alcohol, E-120 (carmine) and gelatin in our foods, besides processes such as stunning, mechanical slaughtering are hurdles to ensuring halal standards,” he said.
The CEO said that tests that certify a food product as halal should pass the twin tests of repeatability and reproducibility.
“Repeatability refers to a food product undergoing the same test and always passing it. Besides using the same method, the machine and operator for it is also important. Reproducibility is the ability to replicate the same methods elsewhere,” he added.
However, Lateef said, universal halal certification didn’t mean that everything would be uniform.
“Take for instance, the ruling on seafood, apart from fish. For Muslims in the Far East, who consume a lot of seafood, it is fine. However, for the followers of the Hanafi madhab (one of the four Islamic methodologies), it is not. So, the people certifying the products as halal should take such diversities into consideration and tag the products accordingly in separate regions,” he added.