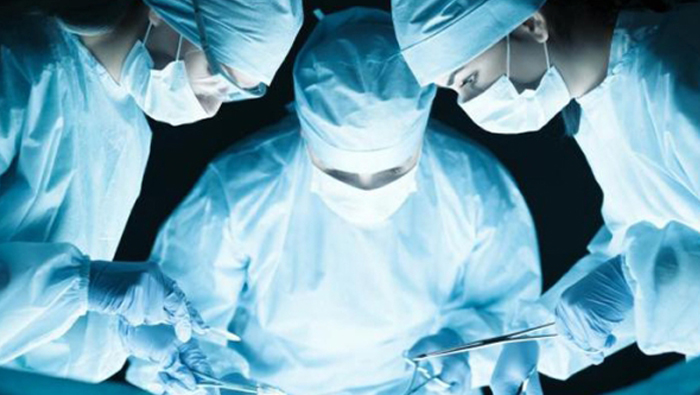 Muscat: Oman’s trauma centres and emergency medical facilities will never turn away those who require immediate attention, irrespective of where they come from.
In an exclusive interview with the Times of Oman, Dr Hani Al Qadhi, head of surgery at Sultan Qaboos University Hospital in Muscat, said doctors would never turn away people who required medical treatment to defuse life-threatening situations, irrespective of whether they were Omani or expat.
“Our trauma centres are open to everyone,” he said.
“We treat all people regardless of whether they are Omanis or expatriates. We will never turn away anyone in an emergency, because we look at our patients as human beings, and that is the most important thing.”
Trauma centres
Al Qadhi was part of a team that was looking into the availability of trauma centres in the Sultanate. Few trauma centres exist in the nation, although other hospitals do offer some trauma care facilities, prompting the need for more emergency facilities.
“We have two to three trauma centres, but all of them are in Muscat,” revealed Al Qadhi.
“Each hospital identifies itself in terms of which services they are able to offer. Some hospitals – like the Royal Hospital, for example -- don’t take trauma cases so they refer trauma patients to other hospitals. Khoula Hospital would be an example of a trauma centre. The Sultan Qaboos University Hospital and the Armed Forces Hospital are the two other trauma centres.”
“I think it’s a case of planning, where trauma centres were not put in the picture,” he explained. “If we look at international statistics, if you identify the hotspots where accidents happen, the ideal distance between these zones and trauma centres should be no more than eight kilometres, so you really need to study the roads and accessibility to these trauma centres,” he added.
The most pressing need for accessibility to trauma centres in Oman was in the central region of Al Wusta, and the northern exclave of Musandam. In addition, there were only two qualified trauma surgeons in Oman, though there were other skilled doctors capable of performing vital operations.
“We did a study in Oman to look at the accessibility and availability of these trauma centres, and we found that some regions in Oman are acceptable, like Muscat. But if you take Al Wusta Governorate, to reach from the hotspot to the nearest hospital is some 370km, which would take more than four hours,” explained Al Qadhi.
“The other place is Musandam, because it takes some 300km to reach the closest hospital, so there is better planning that is required. Trauma centres need to have a general surgery service, a CT scanner to check the severity of injuries, an intensive care unit, as well as orthopaedics and neurosurgery,” he added.
“We receive, every year, some 1,000 to 1200 cases at Sultan Qaboos University Hospital, though the distribution is variable throughout the year. We have all the services under one umbrella, and this includes psychiatry, ophthalmology, ENT services, cardiothoracic surgery and even obstetrics and gynaecology. Sometimes, you need a certain speed of decision making, and that does not come if you are a general surgeon. Your life sometimes depends on these decisions.”
Al Qadhi also explained how hospitals classified trauma cases.
“Trauma is defined as any unexpected activity that could result in harm to oneself and one’s health,” he explained.
“This could range from motor vehicle collisions, falls, assaults, gunshots and stab wounds. You need to have staff and surgeons that are capable of handling this trauma, so you need good doctors, you need well equipped surgery rooms, you need radiology, orthopaedics, neurosurgery and other supportive services such as cardiac surgery and vascular surgery.
“A trauma surgeon finishes training in general surgery and then takes a sub-speciality in trauma,” added Al Qadhi.
“Basically, it’s not just the operation, but the system in place. When a trauma patient comes, the last thing you want is havoc. That’s the main thing.
“Teaching and research is another aspect of trauma surgery, and you do this on the basis of scientific methodology.”
Other doctors in Oman also hailed the practice of trauma centres opening their doors to all.
Dr A Basheer, senior internist at Badr Al Sama’a Hospital, said: “I think it is a very good practice to have the trauma centres open to all, because they are in need of life-saving treatment. It is not just important to have good facilities, but good training as well, because more injuries can occur during patient transport, and if the patient is not transported securely, he could suffer from paralysis
or worse.”
Dr Sathish Veluswamy, a surgeon at Burjeel Hospital, said trauma patients required medical attention within an hour of the accident, or they would risk death.
“In medicine, we have what is called the golden hour,” he explained. “If a patient is treated within this golden hour, which is the hour immediately after the trauma has occurred, he will have better chances of recovery. Otherwise, there is a likelihood that you have lost the patient. If, for example, he is not under observation and starts bleeding into his abdomen, he could die of internal bleeding. If he is left alone and a foreign object enters his lungs, he could die of asphyxiation, so it is important to keep trauma centres open to all.”