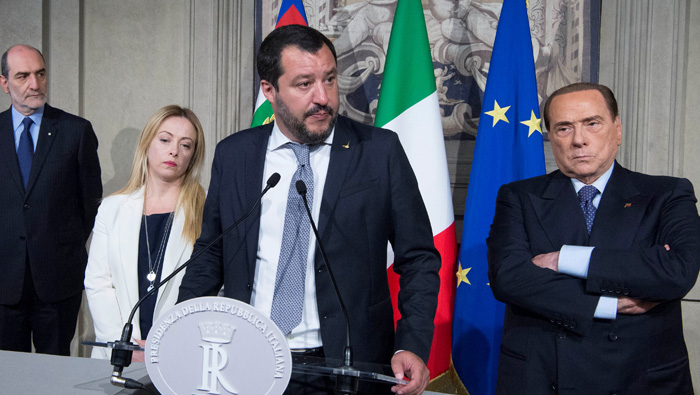 Rome: Former prime minister Silvio Berlusconi's Forza Italia party is considering standing aside to let its ally the League form a government with the anti-establishment 5-Star Movement, Forza Italia sources said on Tuesday.
Italy has been stuck in political limbo since inconclusive elections in March, with 5-Star offering to form a government with the far-right League but only on condition that it breaks clear from its veteran partner, Berlusconi.
Forza Italia has consistently refused to step back and allow the League to move forward alone, but three senior party sources told Reuters the party might be ready to change its position. "Berlusconi is thinking about it," one source said.