Independent candidates get most votes in Tunisia's municipal election 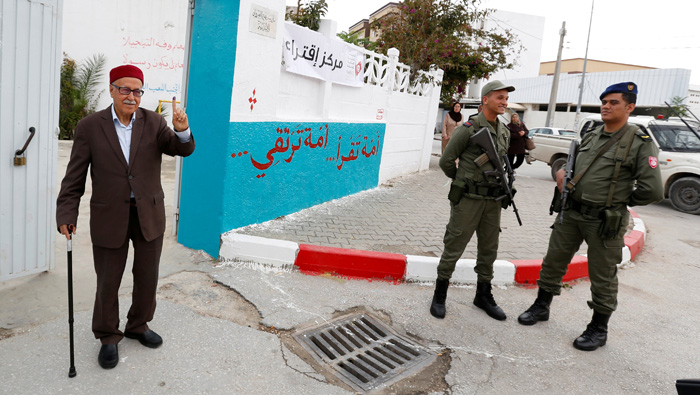 Tunis: Independent candidates in Tunisia's first free municipal election gained more votes than major parties Ennahda and Nidaa Tounes, officials said on Tuesday citing preliminary results.
Sunday's election is seen as key to a democratic transition and a chance to establish decentralization and local governance.
Tunisia is hailed as the Arab Spring's only democratic success because protests toppled autocrat Zine El Abidine Ben Ali in 2011 without triggering major violence. But enthusiasm for democratic change has turned to anger over low living standards amid an economy that is struggling.
Some Tunisians have crossed by sea to Europe illegally in search of work while others have turned to militancy.
Independents got 32.2 per cent of the vote, the Ennahda party 28.6 per cent and Nidaa Tounes party 20.8 percent, election commission official Riad Bouhouchi told Reuters, adding that final results are expected on Wednesday.
The independent candidates do not act as a bloc so their apparent victory may not translate into a proportionate degree of control of the country's 350 municipal councils.
Ennahda presents itself as a democratic Muslim party and on Sunday it claimed victory and said it will continue to work with its secular partners in the national government. "This result is a reward for the new tolerant and democratic Ennahda," said party official Lofti Zitoun on Tuesday.
Nidaa Tounes official Borhan Bsais said the results "mean that the two majors parties will still govern" and added that the fact that the party polled fewer votes cements its importance as a governing partner.
The major parties recorded hundreds of thousands fewer votes than in parliamentary elections in 2014, in part because of growing criticism over Ennahda and Nidaa Tounes, which are governing coalition partners along with other parties.
Nidaa Tounes's leader is Hafedh Caid Essebsi, son of President Beji Caid Essebsi and analysts and diplomats said the party's losses could be due to public perceptions of party leadership.
The party gained 800,000 fewer votes than in 2014 when it beat Ennahda, local statistical offices said. It's youth vote was also down sharply. Turnout was also down at 33.7 per cent.
Most voters were older and some politicians questioned if that was due to a lack of enthusiasm among Tunisia's young about the political class. Prime Minister Youssef Chahed said the government should learn lessons from the low turnout.
One challenge is to match voter expectations with local budgets given that Tunis makes budget and spending decisions. A new law envisages a gradual devolution of some decision-making to local level but details are yet to be worked out.