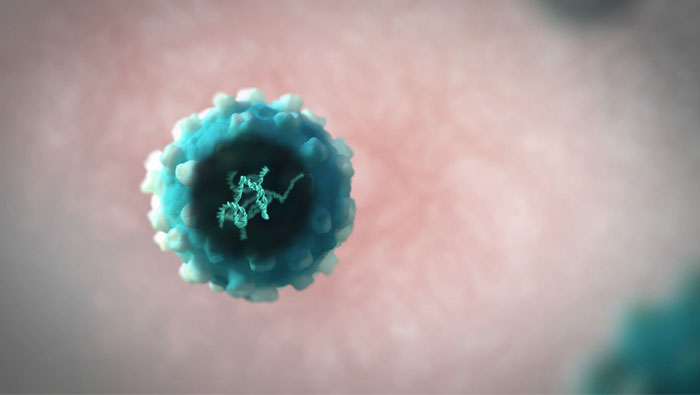 London: The world's first life-saving gene therapy for children, developed by Italian scientists and GlaxoSmithKline, has been recommended for approval in Europe, boosting the pioneering technology to fix faulty genes.
The European Medicines Agency (EMA) said on Friday it had endorsed the therapy, called Strimvelis, for a tiny number of children with ADA Severe Combined Immune Deficiency (ADA-SCID) for whom no matching bone marrow donor is available.
Around 15 children a year are born in Europe with the ultra-rare genetic disorder, which leaves them unable to make a type of white blood cell. They rarely survive beyond two years unless their immune function is restored with a suitable bone marrow transplant.
SCID is sometimes known as "bubble baby" disease, since children born with it have immune systems so weak they must live in germ-free environments.
Strimvelis is expected to secure formal marketing authorisation from the European Commission in a couple of months, making it the second gene therapy to be approved in Europe, after UniQure's Glybera, which treats a rare adult blood disorder.
The US Food and Drug Administration has yet to approve any gene therapies but a growing number of US biotech companies, such as Bluebird Bio, have products in development.
Other large pharmaceutical companies are also eyeing the field, including Bristol-Myers Squibb, which has a tie-up with UniQure.
Research into gene therapy goes back a quarter of a century but the field has experienced many setbacks, including the high-profile death of an American patient in 1999 and some disastrous clinical trial results in the late 1990s and early 2000s.
Now, though, optimism is building, helped by the discovery of better ways to carry replacement genes into cells.
Martin Andrews, head of GlaxoSmithKline's rare diseases unit, believes the technology is proving itself, although it remains at an early stage of development.
"We're on page one of chapter one of a new medicine text book," he told Reuters.
A host of challenges still need to be overcome, including the complexity of delivering a product like GSK's new treatment, which requires bone marrow cells to be taken from the patient, processed and injected back.
Trickiest of all may be pricing, given the tiny market for a therapy like Strimvelis. UniQure's Glybera made history in 2014 as the first drug to carry a $1 million price tag. GSK is not putting a price on its product but a source close to the company said that, if approved, Strimvelis would cost "very significantly less than $1 million".
GSK has several other gene therapies under development with researchers at Fondazione Telethon and Ospedale San Raffaele in Italy, including treatments for metachromatic leukodystrophy and Wiskott-Aldrich syndrome that could be submitted for regulatory approval in the next couple of years.
Its Strimvelis treatment for ADA-SCID is also being lined up for submission to US regulators, although Andrews said this would not happen before the end of next year.