Chelsea beat Liverpool to close in on top four 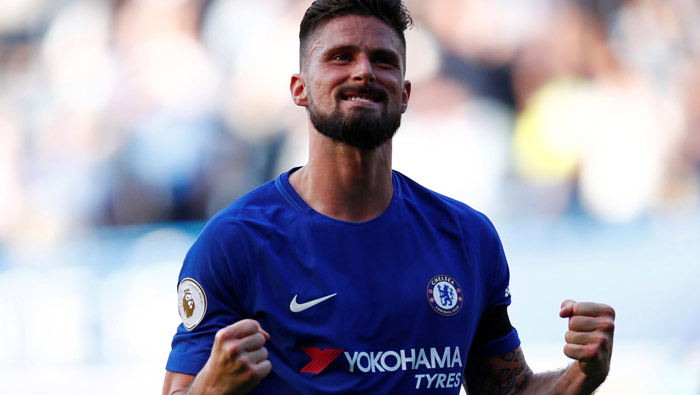 London: Chelsea moved within two points of fourth-placed Tottenham Hotspur in the Premier League after a 1-0 victory over Liverpool thanks to an Olivier Giroud header at Stamford Bridge on Sunday.
Spurs’ surprise loss at relegation-threatened West Bromwich Albion on Saturday opened the door for Chelsea to close the gap on the top four and they capitalised on that lifeline with an assured performance over the Champions League finalists.
Frenchman Giroud headed what proved to be the winning goal in the 32nd minute, meaning the striker has now scored 17 league goals with his head since the start of 2015-16, more than any other player in Europe’s top five leagues.
Liverpool pressed but Chelsea held on to move within three points of the visitors who are third.
On Wednesday, Chelsea have a game in hand over the Merseysiders at home to Huddersfield Town as they bid to set up a thrilling final day next Sunday.