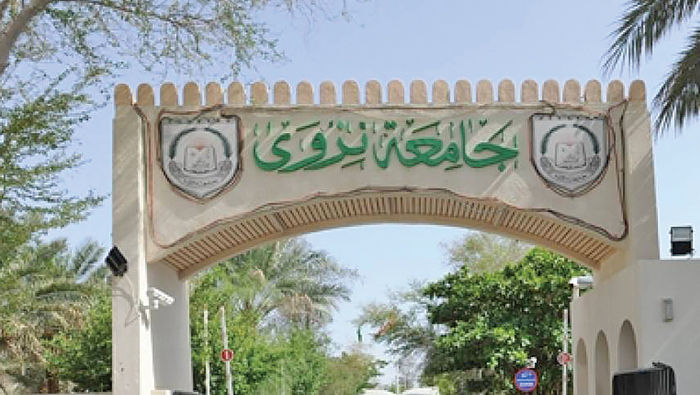 Muscat: An international symposium on the Omani Al Muhallab Ibn Abi Sufra will kick off at the Sultan Qaboos Grand Mosque in Muscat on Tuesday under the patronage of Abdulaziz bin Mohammed Al Rowas, Advisor of His Majesty the Sultan for Cultural Affairs.
The symposium will be organised by Nizwa University, represented by Al Khalil bin Ahmed Al Farahidi Centre for Arab and Humanitarian Studies.
Elite academics and historians from the Sultanate, Iraq, Saudi Arabia, Kuwait and Egypt will take part in the symposium.
The symposium will delierate on three themes.
The Historic Theme that will tounch on Al Muhallab and Al Muhallab family in Arab, Omani and foreign sources.
The Literary Theme will address Al Mahalibah family and what is said in their praise and their scientific production .
The Archaeological Theme, in which the archaeological landmarks of the Al Mahalibah family in the Sultanate will be studied.
The symposium aims at emphasising that Al Muhallab is an Omani figure and presenting him through old historic and literary resources and references, besides highlighting the roles of his ancestors in Oman, Hejaz and Iraq.
It also aims at highlighting the major military and political role of Al Muhallab and studying historic roles of Al Mahalibah in Iraq, Oman, Africa and Gorgan, as well as identifying archeological landmarks of al-Mahalibah in the Wilayat of Adam in the Sultanate of Oman.
It is noteworthy that Al Muhallab is an Omani Arab hero, who excelled in politics and war. He was a first-class military figure who had become Wali of Khorasan and saved Basra from sedition that is why it was called “Basra of Al Muhallab” after his name.