Here are the summer fire precautions to protect your home 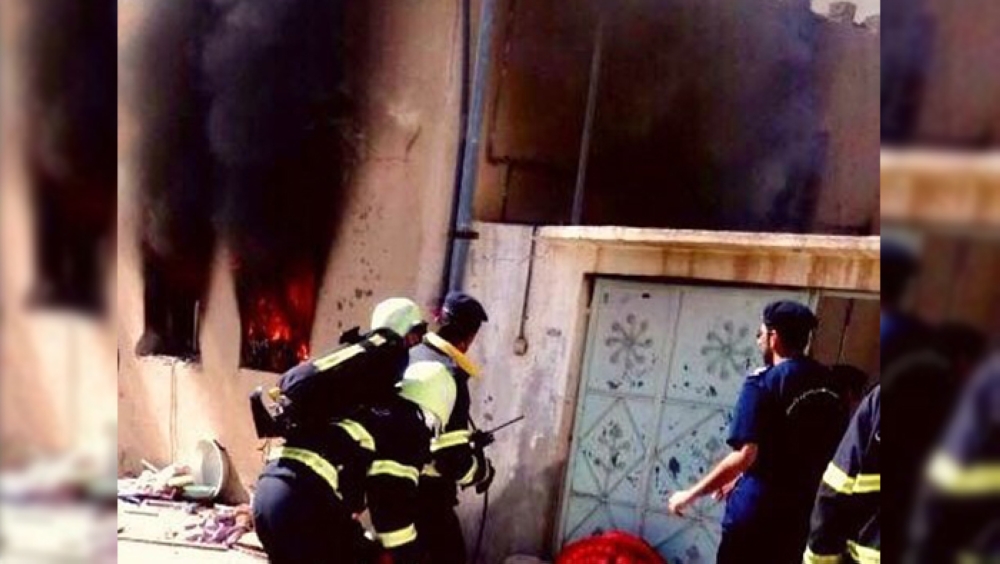 Muscat: With temperatures in Oman steadily rising as summer arrives in the Sultanate, residents and citizens in the country have been asked to take suitable precautions against potential fire hazards.
Higher temperatures increase the possibility of a fire, and safety experts in the nation have asked people to install smoke detectors and stock up on fire extinguishers and blankets, to ward off fires caused by overheating appliances, which could lead to fires at home, leading to a loss of life and destruction of property.
Temperatures across several parts of the country have soared to 40 degrees Celsius and above, as reported by the Directorate General of Meteorology’s National Multi Hazard Early Warning Centre at Oman’s Public Authority for Civil Aviation. Qabil, Sohar, Yaaloni, Zamaim and Qarn Al Alam all recorded temperatures of above 43 degrees.
Wael Al Muherzi, founder of Aman Fire Safety, a fire safety consultancy and advisory firm in Oman, said that as more adults and children stay in to avoid the heat during the scorching summer months, they turn on appliances to ward off the heat and keep themselves occupied, causing an overloading of the electrical grid.
“As summer comes around, more and more people will stay indoors to avoid the heat, and they will be using their air conditioners at maximum capacity,” he said in an exclusive interview with Times of Oman. “Also, many children will stay indoors and plug in their PlayStations and other entertainment sources into the sockets at home, and if they plug too many things into the sockets, it
will cause overloading, and ultimately, a fire.”
“What also happens is that sometimes, because children don’t know, they will plug in these appliances in an improper manner, and this could lead to short circuits,” added Al Muherzi, whose firm also provides services in Saudi Arabia and the United Arab Emirates. “A large number of house fires are caused due to short circuits, because too many appliances are plugged into these extension boxes, and they then cause overloading.”
“One of the reasons this happens is because there are not enough sockets in homes to plug in all these things, and although people know of the dangers they can cause, they are more interested in buying extensions that cost less money than something that is more effective, and they are more concerned about hiding and concealing cables because they are worried about the look of their rooms,” he said.
According to the Public Authority for Civil Defence and Ambulance (PACDA), 4,157 fires took place in Oman in 2016, a sharp rise from 2015 (3,520). In addition, 894 vehicle fires were recorded by PACDA in 2017.
In light of this, Al Muherzi asked people to use heavy-duty appliances only when required during the summer months, because Oman’s electrical grid was expected to operate at high capacity during this time anyway, and asked them to buy fire extinguishers and blankets.
“During the summer months, a lot of people switch on their air conditioners and these usually run throughout the day,” he explained. “This will put a lot of load on the transformers which supply electricity to homes, and if there is too much pressure put on them, they will break down and it will cause damage to the electrical grid.”
“In the summer, I would advise people to buy a smoke alarm, because if there is a fire, and there is no smoke alarm in your house, it could cause a lot of harm, because the majority of deaths during fires are caused due to excess smoke inhalation,” he added. “If, for example, you are sleeping at 2am and a fire breaks out in your child’s room, it could be too late for you to react by the time you wake up and realise there is a fire.”
“Installing proper safety equipment may cost you a little bit of money, but it is better to pay that money now, than suffer a loss of thousands of Rials later, and then, it is too late to turn back,” explained Al Muherzi. “We must always remember that there are substitutes for many things in this world, but there is no substitute for life. Once it is gone, you can never get it back.”