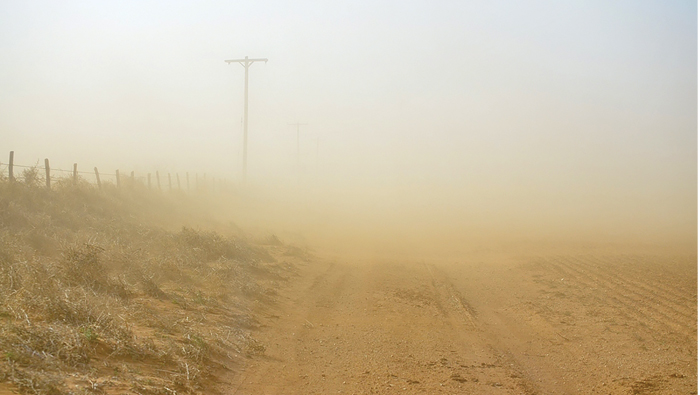 Muscat: Some parts of Oman are expected to experience blowing dust today, according to the Public Authority for Civil Aviation (PACA).
PACA reported on its official Twitter account, “Mainly clear skies over most parts of the Sultanate with chances of blowing dust over the desert and open areas of the governorates of A’ Dhahirah, Al Buraimi, and Al Wusta.”
Temperatures are expected to vary from 39 degrees Celsius in Muscat to 42 degrees Celsius in Sohar, according to the weather reports.
According to PACA, “Parts of the Arabian Sea coast such as Salalah and Masirah may experience late night to early morning low-level clouds or fog patches.”
“Sea winds will be light to moderate during the day and night along coastal areas of the Sea of Oman, while coastal areas of the Arabian Sea would experience moderate to fresh sea winds,” PACA added.
Meanwhile, experts are calling on drivers and residents affected by blowing dust to exercise caution. Speaking exclusively to the Times of Oman, Jaifer Al Busaidi, a Weather Forecaster at PACA, said, “It is seasonal and normal for us. These are westerly winds.”
“People are advised to cover their mouths and noses with a wet cloth to protect themselves from sand. Drivers who experience gusting conditions should reduce speeds immediately and follow weather bulletins,” he said.