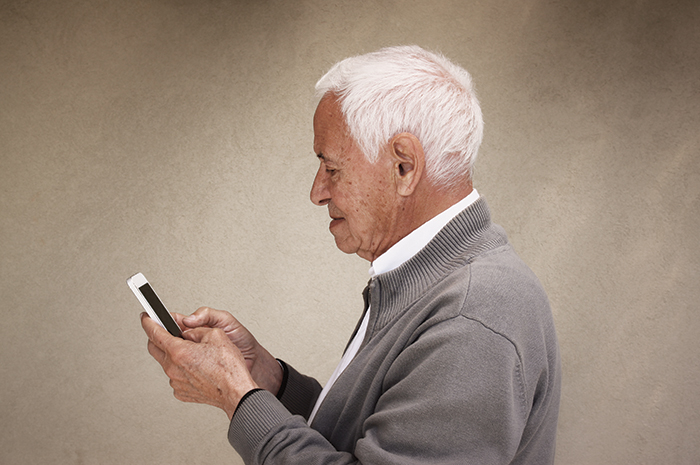 The digital generation gap is slowly narrowing, as older users come to better grasp smartphone technology and appreciate its many benefits. New technologies make it easier than ever to maintain social contacts, monitor health and preserve independence. According to Pew Research, 85 per cent of adults over age 65 own cellphones today, and the number who own smartphones has risen from 18 per cent to 42 per cent since 2013.
Generally, seniors don’t even require specially designed cellphone technology. While some phones are marketed specifically as being for older users, experts say that these specialised gadgets sometimes over-promise and under-deliver. In fact, ordinary Android devices and iPhones are more popular choices, as they’re economical, easy to find and customisable.
Best of all, they don’t have to be expensive. While flagship models like the iPhone X or Samsung Galaxy S9 can be pricey, there are many good, affordable mid-range phones available from top manufacturers. You can also often find discounts on models from previous years.
Have it your way
There are countless amazing tasks a smartphone can perform, but the biggest advantage is that they can be fully customised to meet the unique requirements of nearly any user. By spending just a few minutes adjusting settings, a device’s functionality can be made as simple or robust as you need it to be.
Today’s smartphones include a variety of powerful accessibility features that make them incredibly user-friendly. On an iPhone, go to Settings > General > Accessibility to find many convenient options, such as closed captioning on apps that support it, and a built-in magnifier that uses the phone’s camera. Android phones have a menu of similar functions, which can be found under Settings > Advanced > Accessibility. Samsung models even offer an “Easy Mode,” which configures the Home screen with a simpler layout and bigger icons to provide an easier experience for first-time smartphone users. More adventurous users may even want to explore digital assistants like Google Assist, or Apple’s Siri, which respond to voice commands.
The average size of a smartphone screen has grown over the years, with the current average at 5.5 inches. In addition to being easier to see due to their sheer size and magnificent resolution, custom settings let users adjust factors like contrast, brightness, and the size of fonts and icons to suit their preferences.
On every smartphone, there’s also the option to create customised lists of contacts for convenient calling or texting. It’s easy to organise specific lists to quickly and easily find numbers for close relatives, medical providers or other important local services.
So many good choices
It seems hard to believe the first iPhone and Android smartphones were only introduced a little over 10 years ago. Since those not-so-distant days of 2007 and 2008, they’ve become a nearly indispensable part of most people’s lives. Last year, there were more than 200 million smartphone users, and 90 million iPhone users, in the US alone.
If you’re a newcomer to smartphones, there are so many great options that it can be hard to choose. To help find what’s best for you, look to a carrier like Consumer Cellular, a recognised leader in providing innovative and affordable wireless solutions to users age 50+. They offer a wide variety of phones to choose from, as well as value-priced, no-contract monthly plans.
The best smartphones are designed for easy use, whether you’re having trouble seeing text on the display, finding the right buttons to press, or hearing the person on the other end of the phone. With a little research and preparation, you can have the perfect device in your hands in no time.